The BC SPCA in East Kootenay is caring for a brave mom named Sarah and her five little kittens who were abandoned and left to starve in a closed cardboard box at a dump near Cranbrook.

“Thankfully, a good Samaritan found them in time and rushed them to the BC SPCA to receive the urgent care they needed,” says Lorie Chortyk, general manager of communications for the BC SPCA. “When the kittens arrived they were underweight, dehydrated, and very hungry. Given their condition and behavior, we suspect they may have been without enough food for a while.”

Despite everything two-year-old Sarah has been through, she is friendly and sweet with everyone she meets and is a great mother to her babies. 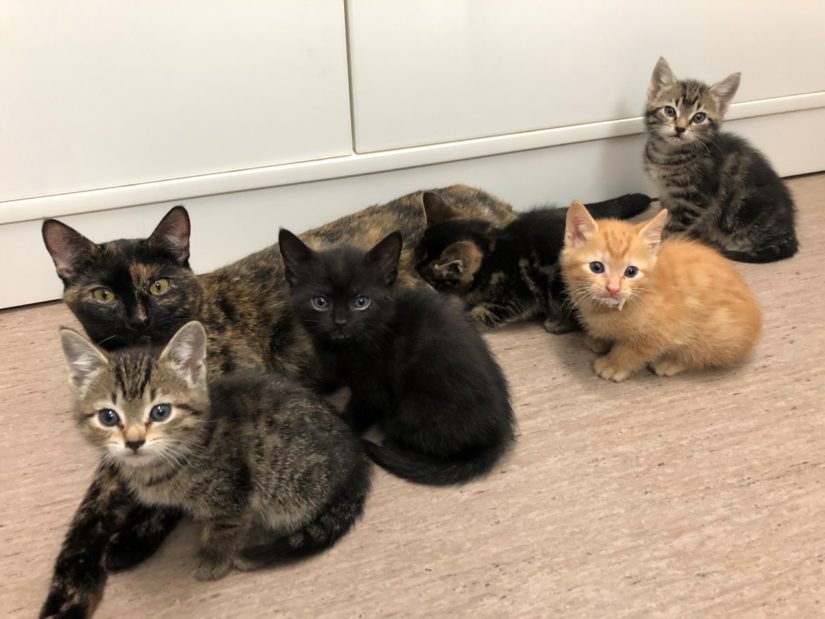 Sarah and her five-week-old kittens Grissom, Willows, Taylor, Horatio, and Langston are now recovering with a loving foster mum – who, as you may have guessed from the names, is a very big CSI fan. They’re all very social and growing stronger every day.

There are currently more than 200 kittens in BC SPCA care as “kitten season” begins across the province. Last year, the society rescued nearly 5,500 abandoned and surrendered kittens. “We urge people to have their pets spayed and neutered, and if you do end up with an unwanted litter, please try to rehome them or take them to an animal shelter or rescue group,” says Chortyk. “There is absolutely no excuse to leave helpless animals to die amongst piles of garbage.” 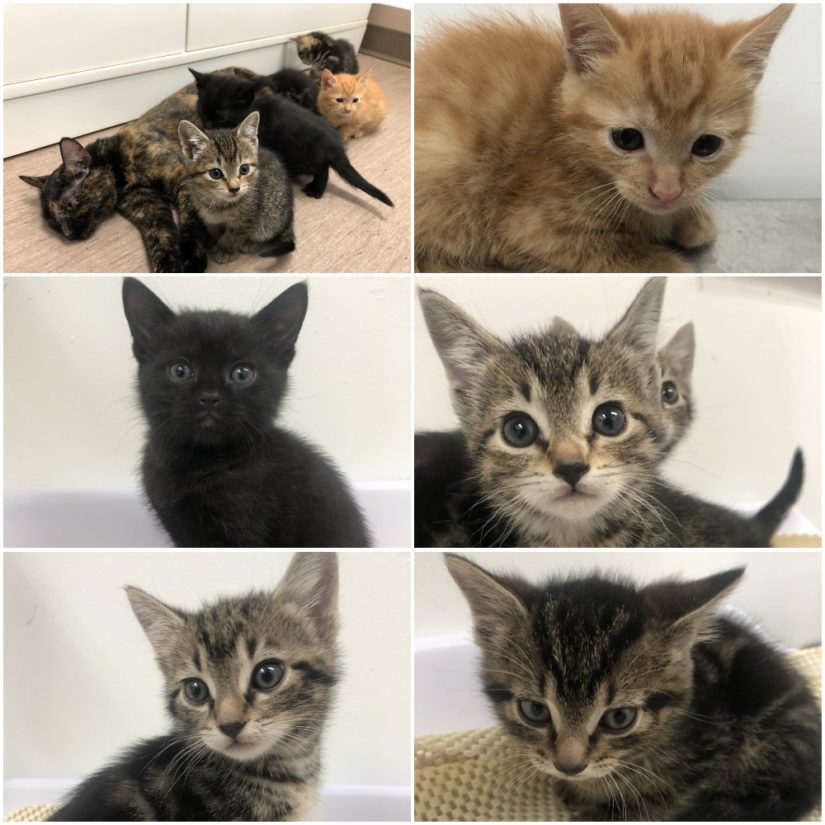