Behind the scenes: investigating animal cruelty in B.C. - BC SPCA

Did you know that we respond to an average of 8,000 animal cruelty complaints in B.C. every year? In light of Animal Cruelty Prevention Month, Marcie Moriarty, the BC SPCA’s Chief Prevention and Enforcement Officer, offers a behind-the-scenes look at how the BC SPCA handles cruelty cases, including both the biggest challenges and rewards of the field, as well as the evolving role of an animal protection officer. 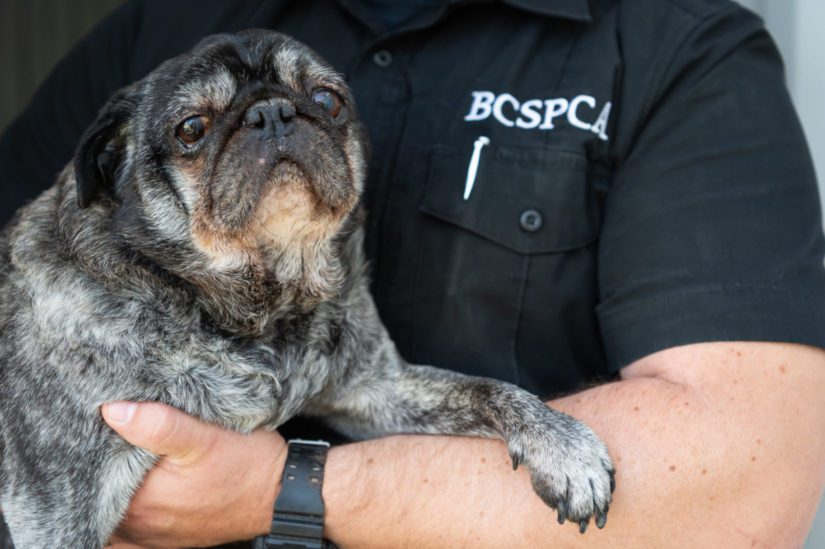 What defines neglect or cruelty against animals?

An animal is in distress, according to the Prevention of Cruelty to Animals Act (PCA Act), if it is:

(a.1) Kept in conditions that are unsanitary,

(a.2) Not protected from excessive heat or cold,

(b) Injured, sick, in pain or suffering, or

It’s a pretty broad range, which is why we often have to refer to animal science and veterinary experts to be better equipped as we deal with a variety of animals in different situations.

What are the BC SPCA’s powers when it comes to investigating cruelty cases?

The BC SPCA is the only animal welfare organization in B.C. with the authority to enforce animal cruelty laws under the Prevention of Cruelty to Animals Act (PCA Act). First, we have to look under the PCA Act which states out the powers of Special Provincial Constables. Under that Act, there are a number of things that they can do, ranging from inspections to obtaining search warrants if the animals in question meet the definition of distress and if their owners are unable or unwilling to relieve them on that stress. They can also remove animals who meet that definition of distress.

What is the difference between Special Provincial Constables and Animal Protection Officers?

The term Special Provincial Constable (SPCs) comes from the Police Act and sets out a variety of powers associated with this designation. Many agencies have SPCs, including the BC SPCA. Our SPCs have specific duties and obligations as set out in the Police Act, but also within the Prevention of Cruelty to Animals Act.

An Animal Protection Officer is an internal term – one that the BC SPCA created – to describe individuals who may or may not be SPCs but who assist in helping vulnerable animals and vulnerable individuals. If an animal protection officer isn’t also a SPC they can’t utilize the powers of the Prevention of Cruelty to Animals Act. Meaning they can’t obtain and execute a warrant or remove animals from an owner. However, the majority of our calls involve rectifying situations with vulnerable people and their pets and providing education and resources, which an animal protection officer can do.

How do situations of alleged abuse come to the BC SPCA’s attention?

Members of the public can contact our Animal Helpline and report a suspected case of an animal in distress. While we definitely have cases that are defined as cruelty cases, it’s important to note that the vast majority of cases that come to us are not about people who are intentionally harming or being cruel to the animals. Many individuals we interact with are dealing with mental health challenges or economic barriers which might explain why they can’t provide care for their animals. So that is where most of our animal protection officers spend their time, helping these people and their animals so their animals are not put in further distress.

When a complaint about suspected neglect or cruelty is reported, what are next steps for the BC SPCA?

The complaint would be dispatched to an animal protection officer. Then the animal protection officer would try to speak to the owner and get permission to view the animal. That’s what happens in the vast majority of cases. They view the animals to see if the animal does fit the description of being in distress or if there’s an opportunity to improve through education and work with the owner to rectify the situation. We have notices that are provided to the pet owner if there is a concern and that notice tells them what the concern is and what action needs to be taken.

For example, if a puppy had a broken leg that had yet to be seen by a veterinarian, we would issue a notice and we would give the owner a certain amount of time for the puppy to be treated. The next steps would be the officers coming back to the owner after that allotted time frame to see if the notice has been complied with. If not, then we would go before a judge and seek a search warrant, which, if granted, we would execute and that would give us permission to remove the puppy so we could get the puppy to a veterinarian for treatment. 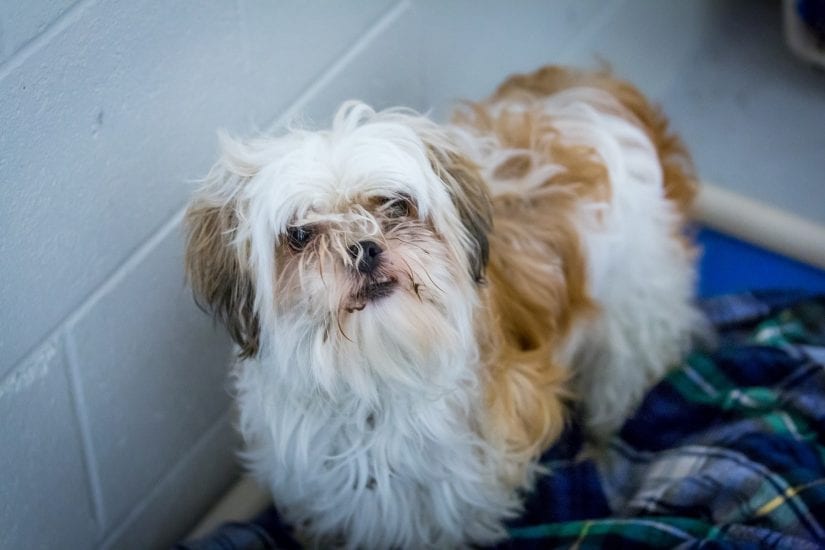 Does the BC SPCA have the power to lay charges?

In British Columbia, we do not, and neither do the police or the RCMP. It’s Crown Council that has that power. What we do is we recommend charges to Crown Council who then review the file and determine if there’s substantial likelihood for conviction and if it’s in the public interest to lay charges.

How are animal cruelty investigations funded?

The BC SPCA spends $3.6 Million each year to respond to approximately 8000 complaints of animals in distress. Costs of investigations can vary, but on average it costs about $10,000 to bring a case to Crown for prosecution.

What are some of the biggest challenges that BC SPCA animal protection officers face?

I think the large case load is definitely one of them. We have a very large province with a variety of animal species and needs. I think also the mental health challenges that often accompany these files is another issue. There are often tragic circumstances surrounding the families in addition to their pets that are involved in our cases. We have to work with trying to remove these animals from a terrible situation that can also be unsafe for the owner. We often cross report with social services programs because we want the owners of those animals to get the help they need as well in addition to their pets. Of course, there are also those cases that have intentional violent or cruelty to the animal that can have a lasting impact on our officers who need to be supported for their own mental health. 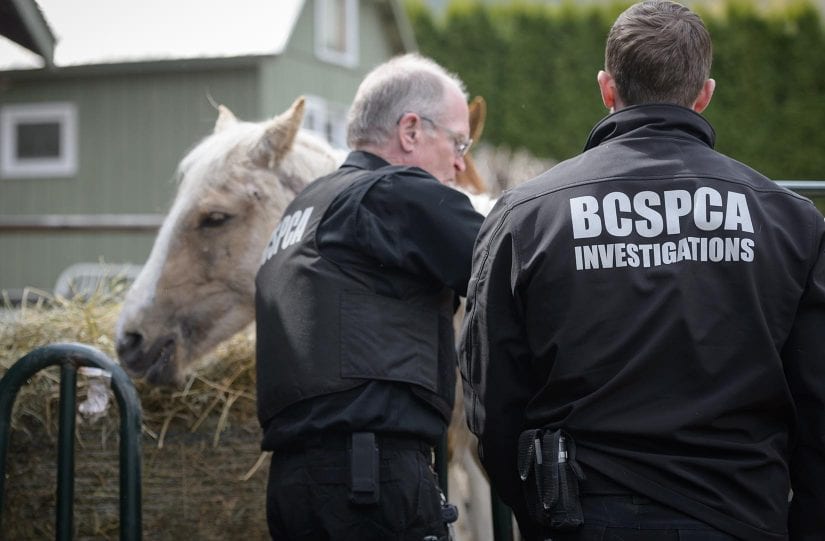 What are the biggest rewards in working in this field?

The happy endings of the animals are so incredible. When we work with pet guardians and their pets, and we can help those individuals get that assistance they need so they can keep their animal, it is amazing! Of course, those stories of animals who are removed from horrible conditions and seeing them thrive is a huge reward.

The role of an animal protection officer is changing as we evolve. They are more like social workers than constables in most cases. It’s really about providing that education and working with animal guardians to support that human –animal bond and that’s something we have seen a big change in trends. It’s not just about removing the animals and putting them in a new home. It’s about moving society forward in what is considered good animal care and when people are facing obstacles, seeing how we can support those individuals primarily because in most cases that animal is their only source of companionship.