Toad was a reactive yet friendly dog when AnimalKind trainer Jane Koopman of In Partnership Dog Training first met the two-year-old Australian Shepherd last May. His guardian, Tiffany, reached out after being referred to Koopman by a veterinary behaviorist. Tiffany felt that Toad was anxious when walking in her new neighborhood and wanted to address this.

“Tiffany’s chief complaints were that he was reactive – lunging and barking – to people in the hallway of her apartment. He was also reactive on walks when being approached by men, especially those on their phones. He would sometimes jump up on a passerby in an unpredictable way.” 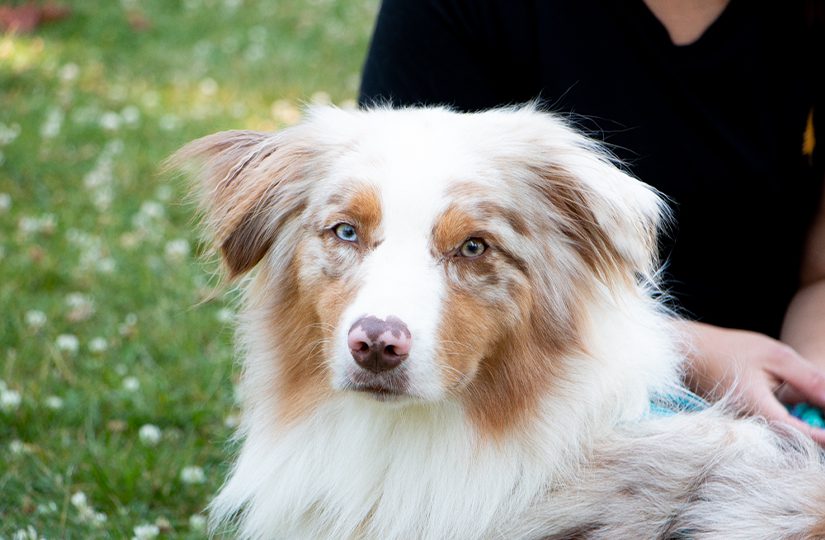 Koopman says it was clear that his reactivity was a result of being worried about, even fearful of, the new stimuli surrounding him.

“Toad moved to the city from a quieter location and many of the stimuli that he now encountered and the ways in which he encountered them were new to him,” says Koopman. “Moving to a place that is full of so many stimuli can be really overwhelming to any dog (or human!) that did not experience such bustle as much in their previous life.”

Koopman says cases like Toad’s demonstrate why socializing a puppy before they are 16 weeks of age is so critical. “Even if you do not live in the city, take your dog to the city and make it really fun and positive and if you do live in the city be sure that your puppy is experiencing time in other environments as well.”

Understanding the needs of his breed was also crucial in learning why Toad was reacting the way he was and how to train him effectively.

“Toad is an Aussie Shepherd, a breed bred for generations to herd sheep. In other words, they are bred to be hyper aware of their environment, tuning into the slight movements and quickly react to them. They also were bred to expend lots of energy running through the fields for much of the day. Not to mention they were meant to have a very specific fulfilling job to do every day!” 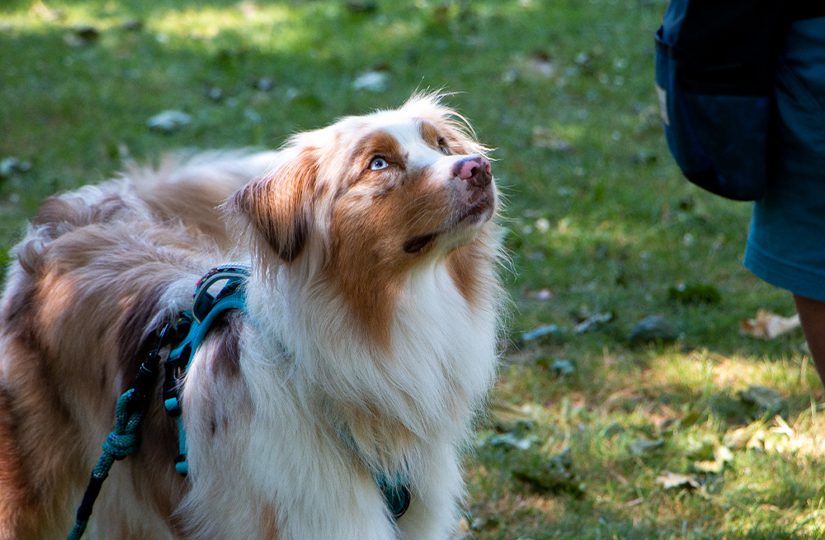 But without sheep to focus on, a job to do or fields to run around in, Koopman says it’s easy for dogs like Toad to put their attention elsewhere. As a result, they can become hyper vigilant about things that are not sheep.

“Think about it like a type A person who has no control over a disorganized world while their internal software is screaming ‘Keep things in order, keep things in order!’” explains Koopman. “This can result in reactivity. This is why comprehensive socialization is not only important but it’s also recognizing that these smart working breeds need to tire out their brains and have a job to focus on, even if that job is looking at you instead of at the scary man approaching.”

Koopman and Toad worked together weekly for a little more than a month-and-a-half. They worked on a variety of techniques to ease his fears, including desensitization and counter-conditioning to address his hallway reactivity. This meant exposing him to the stimulus that normally bothers him up close, at a distance or at an intensity that he wasn’t worried about (desensitization) and then pairing this stimulus with something that he absolutely loves, which, in his case, was his favorite treat. Koopman also used cues to redirect his attention from potential triggers when they were out on walks, and Toad was rewarded for his efforts as a means of positive reinforcement.

While she acknowledges all training is a work-in-progress, Koopman says she is proud of how quickly Toad improved. “He’s become much more relaxed on neighborhood walks and can actually enjoy them now. He rarely barks at his neighbors. And Tiffany can relax more as well.”

Toad proves that with a little time and effort, a fearful dog can make leaps and bounds into a new level of safety and security.

For more on dog training:

Visit AnimalKind.ca to learn more about finding a humane dog trainer that’s right for you.