The sounds of a kitten crying drew the Good Samaritan to the neighbouring property in Surrey. Following the cries along the fence line she came upon a pile of debris and saw the head of a small orange kitten.

“The neighbour tried to coax the kitten out with food and water, but had no luck,” says Mark Vosper, regional manager of animal protection (Lower Mainland & Fraser Valley), BC SPCA.  “She then contacted us for assistance.”

As soon as the SPCA animal protection officer arrived on the property, she could hear loud meowing coming from an area containing thick brambles, piles of wood with exposed nails, rocks and cement.

With the help of the neighbour and the property occupant, the officer was able to clear away a section of the brambles and remove piled debris to access the kitten. When they finally got a good look at the orange tabby it was clear that he had become wedged underneath a large piece of cement and a rock and was unable to free himself. 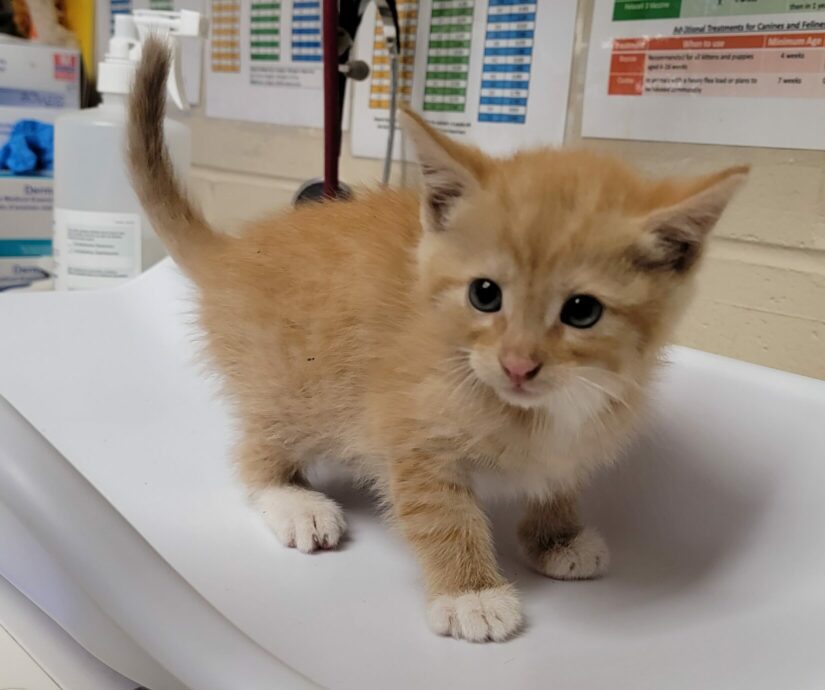 Vosper says the spirited orange tabby was extremely flea infested, underweight and very hungry and thirsty when they removed him from the debris. There has been no sighting of his mother or any siblings so he was brought to the BC SPCA in Abbotsford and is now being cared for in an SPCA foster home.

“After at least two days of being stuck under a pile of debris, this feisty little survivor is now resting happily with a full belly,” says Vosper. The kitten, who was nicknamed “Rubble” by the animal protection officer who rescued him, will be available for adoption once his stray hold has passed.