Anderson Joe of Duncan has been given a lifetime ban on owning animals and a 90-day suspended sentence in a case involving Teddy, an emaciated, chained dog who was seized by BC SPCA animal protection officers in February, 2018.

“This is one of the most profoundly shocking and disturbing cases of abuse we have ever witnessed,” said Marcie Moriarty, chief prevention and enforcement officer for the BC SPCA. “No sentence will ever bring this poor dog back or address the level of suffering he endured. But our goal was always to ensure that this individual was never allowed to inflict this kind of pain on another animal again, so we are pleased with the lifetime ban.” 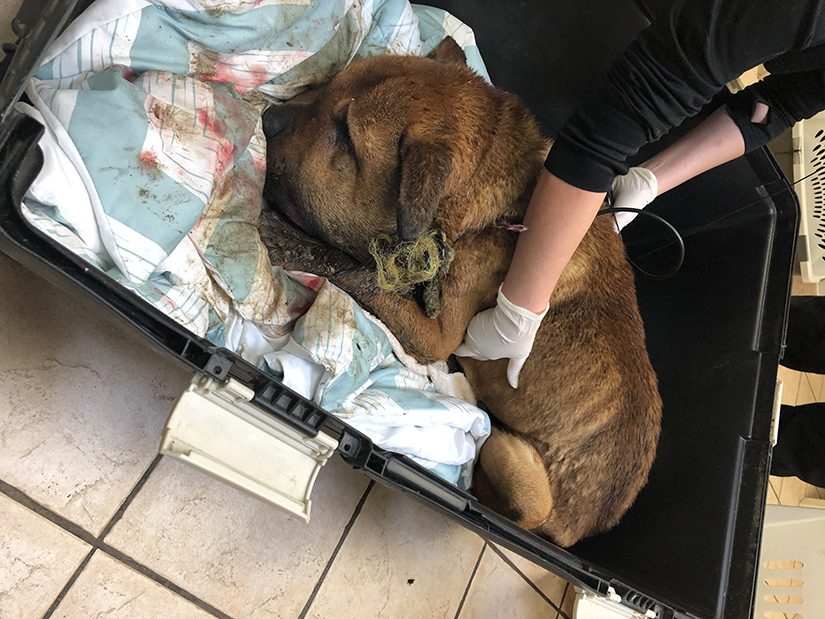 On Feb. 16, 2018, the BC SPCA received a report of a dog in distress. When the constables arrived at the property they found a medium-sized brown dog on a tether that was only a few inches long, standing in a large pile of mud and feces,” said Moriarty. “As they got closer there was an overpowering stench and they realized that, not only was the dog severely emaciated, but his collar was deeply embedded into his neck, causing massive infection.” Moriarty adds that the dog’s head was swollen to two to three times its normal size.

“The constables used bolt cutters to free the dog and immediately rushed him to an emergency veterinary clinic,” said Moriarty. Despite extensive emergency treatment and around the clock-the-clock care, the dog succumbed to his critical condition two days later.