Double your impact for tiny kittens like Forest - BC SPCA

The BC SPCA is hoping you can help Forest, one of three kittens in a surprise litter. This six-week-old kitten was brought into the shelter along with his two siblings and his mom.

“Forest is much smaller than his siblings,” says Marika Donnelly, manager BC SPCA Sunshine Coast. “When I took him out of the carrier I saw his leg, just dangling there.” 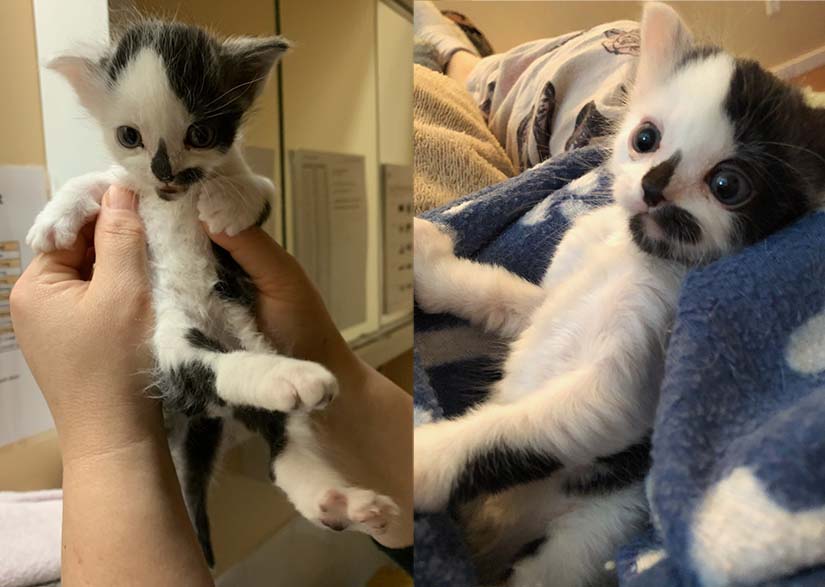 Forest was immediately administered medication to relieve his discomfort and was taken to the vet. Forest is so tiny he couldn’t be sedated and they had to use a dental x-ray machine on his tiny body. The x-ray confirmed what they had suspected – he had a broken leg.

“He is too small for surgery, so we are keeping a watchful eye on him as he nurses from mom and begins to wean,” says Donnelly. “Unfortunately, it looks like the break in his leg caused an issue with blood supply and he has lost his foot and will most likely need to have his leg amputated.”

The surgery will have to wait until Forest is bigger and stronger and until then they will keep him as comfortable as possible.

“Forest is a cute, fuzzy kitten,” says Donnelly. “He is a tough little guy who doesn’t let his injuries make him any less feisty. He’s a survivor.” 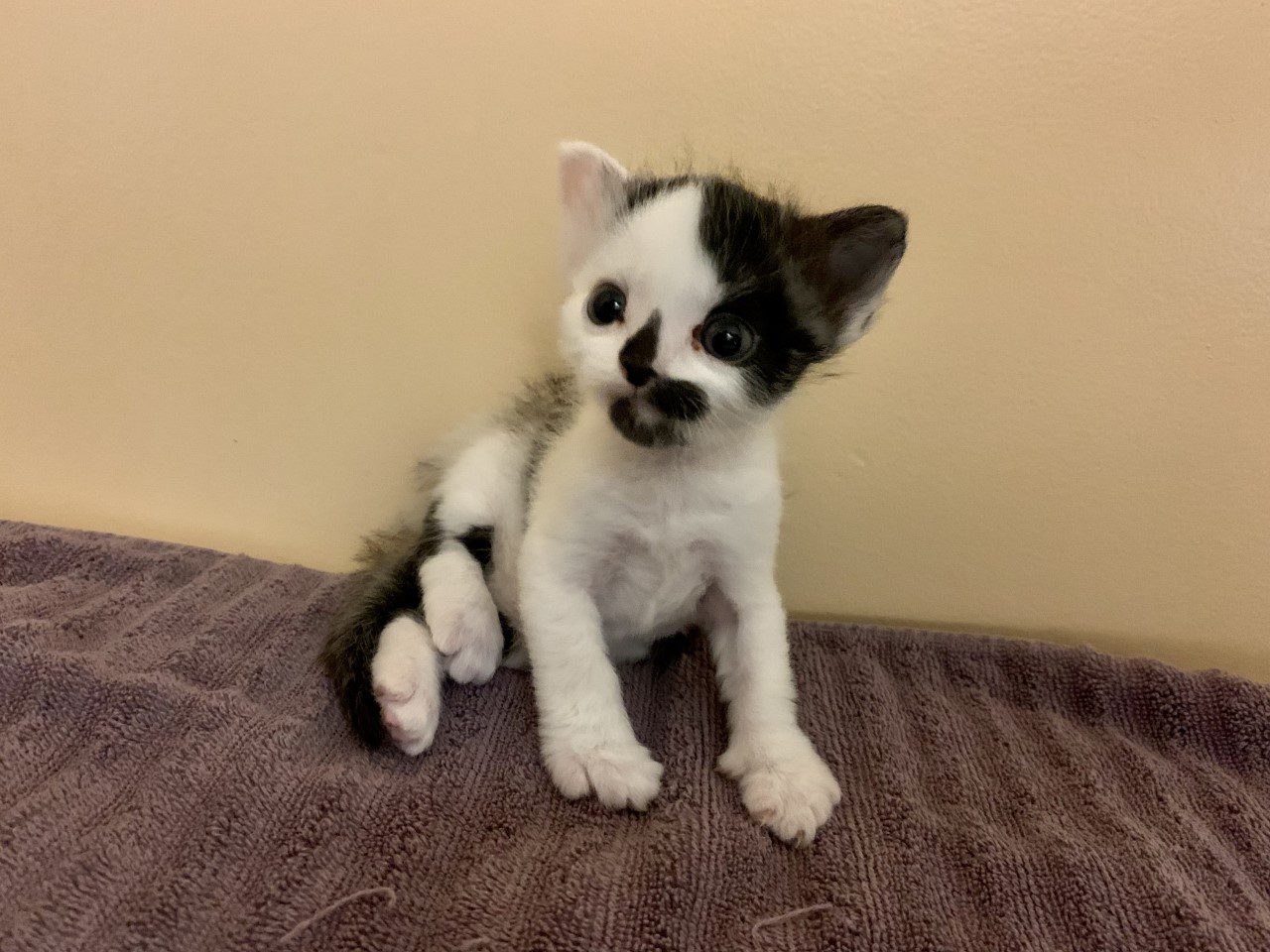 The kittens will also need vaccines, and other veterinary treatments, including deworming, and spaying and neutering. In addition, the BC SPCA will be ensuring that the kittens’ mom is spayed and returned to her family.

The BC SPCA is grateful to all the animal lovers who contributed to help us care for the animals who required emergency medical treatment this year.

If you would still like to help Forest and other animals in our care, the BC SPCA has made it easier for you to make a difference in their lives.

Gifts towards Forest’s care or any donation made until the end of the year will be matched up to $125,000 and is made possible by generous donations from Don & Joyce Hilton, Sharon & Eugene and an anonymous donor.