Beware of these 5 dog park dangers - BC SPCA

A dog park is the perfect place for dogs to socialize, exercise and have fun. But it is also a place where dogs share water, toys, dirt and their feces and that can expose them to disease. Not to mention exposure to the elements and the toxic substances humans can leave behind. 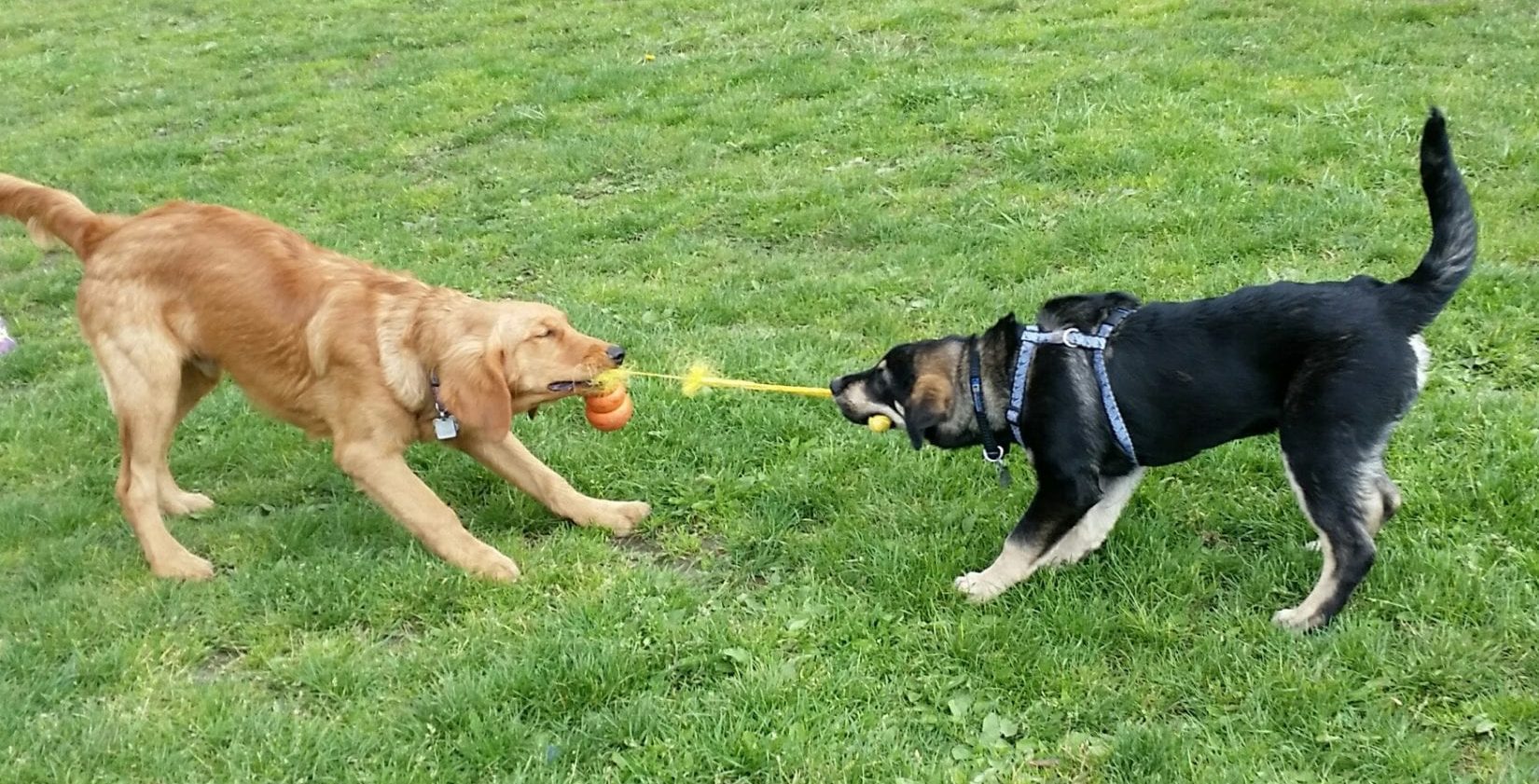 In a recent case at the BC SPCA Vancouver hospital, a pet guardian brought their one-and-a-half year-old goldendoodle named Benson in for treatment after the pup consumed the end of a marijuana joint he had picked up off the ground at a dog park. Shortly after ingesting the substance, Benson started acting abnormally; he was unsteady on his feet and was disoriented.  His worried guardian rushed him to a veterinarian, where he was diagnosed with a toxin ingestion and treated. Thankfully, Benson recovered and is doing well.

Being aware of these dangers and taking steps to reduce your dog’s risk, can help make the dog park experience enjoyable and safe for everyone. Puppies should not visit dog parks until they have had all of their vaccinations which is typically at, or after, 16-weeks of age. Pet guardians still need to be careful to make sure the puppy is not exposed to and traumatized by aggression.

“Pet owners can mitigate the risks for their dogs and others by bringing their pet in for annual wellness check-ins with their veterinarian and making sure their dog is up to date on all of their vaccinations and parasite prevention,” says Dr. Emilia Gordon, senior manager, animal health, BC SPCA.

Beware of these 5 dog park dangers:

Giardia is a single-celled parasite which can live in the intestines of dogs, cats, other animals and humans and can cause mild to severe gastrointestinal disease. It is spread in dogs by fecal-contaminated water, food or soil and can even be transmitted when dogs sniff other dogs rear-ends and then lick their noses.

The symptoms of Giardia infection in pets can include:

“There are also other diseases your dog can be exposed to at the dog park” says Gordon. “To further reduce the risk pet guardians should bring their own water and water bowls to dog parks.” 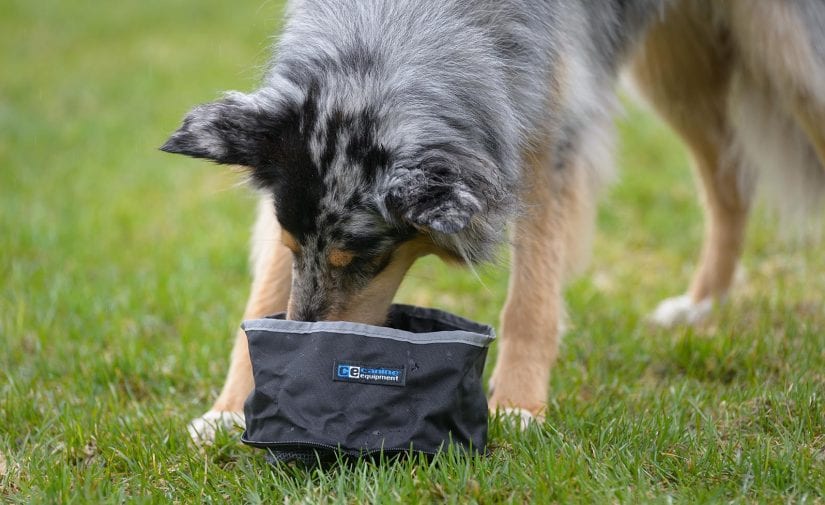 Roundworms and hookworms are both intestinal parasitic worms found in dogs. Roundworms and hookworms both attach to the lining of the intestinal wall of an infected dog and feed on blood. Eggs find their way into the environment in the feces of infected dogs. Other dogs can then become infected by sniffing or licking the infected feces, or while they are grooming their paws if they have walked through infected soil or feces. Mothers can pass the parasites to their puppies in their milk.

Dogs with major infections, especially puppies will have:

Hookworm infections create more blood loss because of the way the parasite hooks into the intestinal wall. When they detach they remove more tissue from the intestine than the roundworm which can cause anemia. Pale gums and weakness are common signs of an anemic dog.

Gordon says your puppy should be started on regular parasite control and fecal examinations as recommended by your veterinarian. Nursing mothers should be treated along with their puppies with a product the veterinarian recommends as safe for them.

Canine parvovirus is a highly contagious and potentially deadly virus that causes gastrointestinal illness that affects dogs, particularly puppies between six weeks and six months old. It is spread when a dog comes into direct contact with a dog infected with the virus, contaminated feces or vomit or through indirect transmission via contaminated objects and surfaces. Shared water bowls and toys can spread the virus and owners can give canine parvovirus to their dogs if they have stepped in contaminated feces or interacted with a contaminated dog. 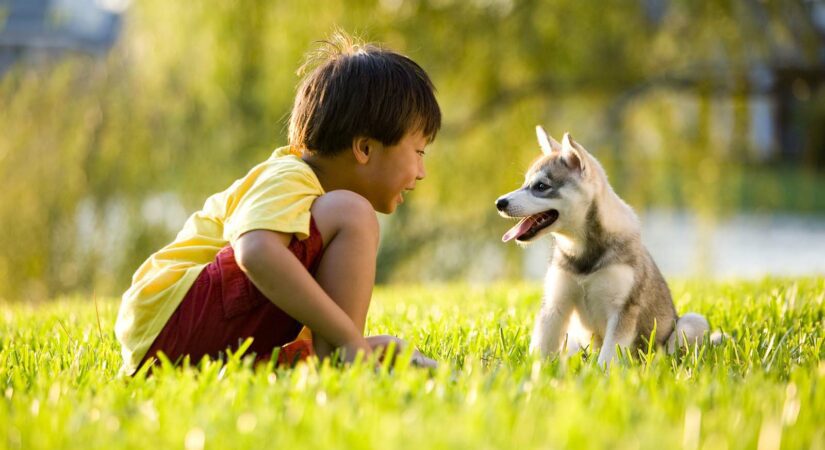 Signs of canine parvovirus include:

“Puppies should receive multiple doses of canine parvovirus vaccine on a schedule determined by their veterinarian until 16-20 weeks of age,” says Gordon. “Owners of adult dogs should make sure their vaccinations are up to date. If you suspect your dog has parvovirus it is imperative to bring them to a veterinarian right away.”

Kennel cough, or Canine Infectious Respiratory Disease Complex (CIRDC) is also referred to as infectious tracheobronchitis, a reference to the location of the infection in the trachea or ‘windpipe’ and bronchial tubes. Although it is called ‘kennel’ cough this highly contagious respiratory disease is commonly contracted in any situation where large amounts of dogs come together including dog parks and doggie daycares . Casual contact with an infected dog including sniffing, sharing water dishes or playing can transmit the disease.

“Dogs should be vaccinated for kennel cough,” says Gordon. “However, much like our flu vaccine, not all pathogens are covered so your dog can still get it, but vaccines greatly reduce the risk.” 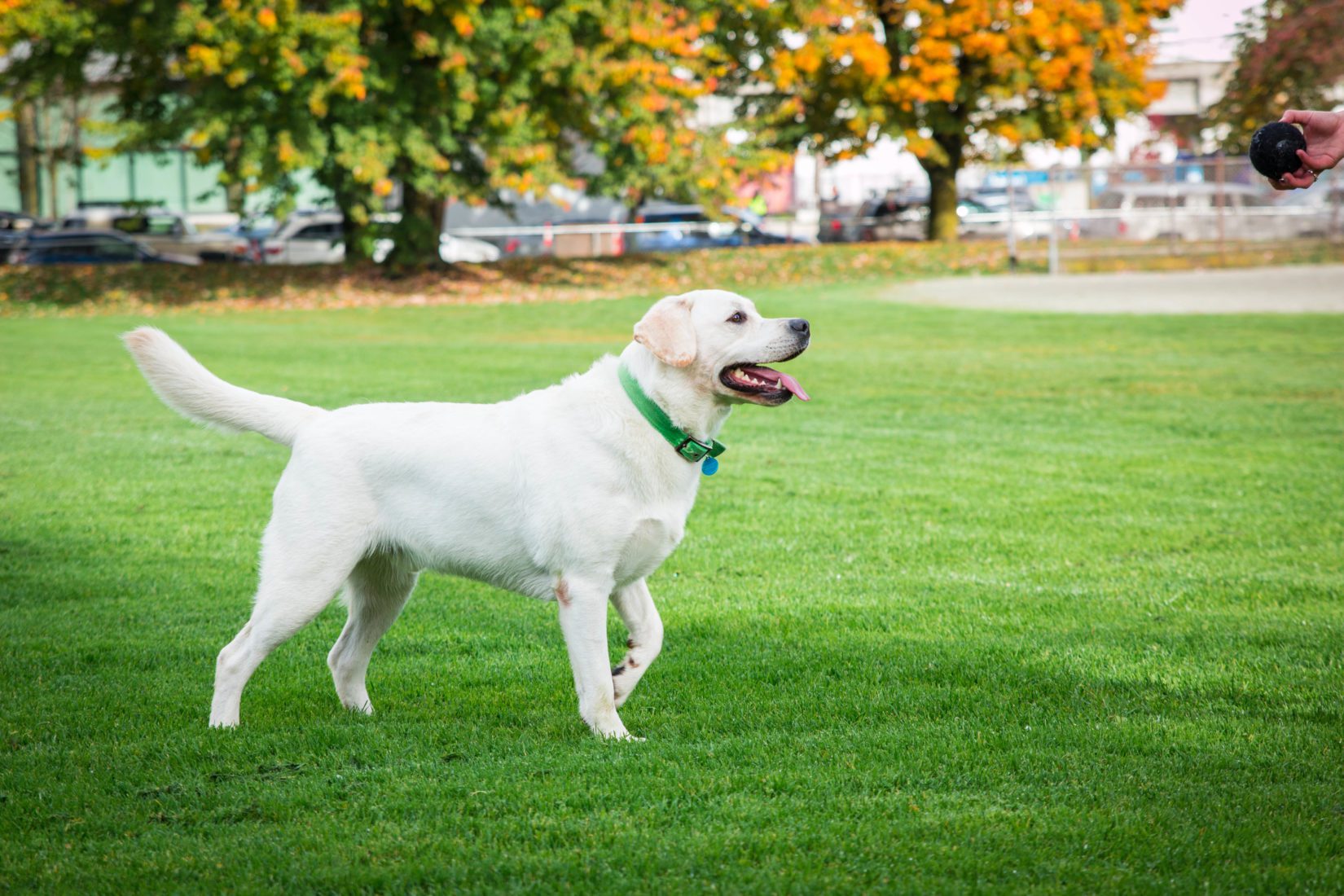 An increasing concern for pet guardians is the risk of their dog ingesting marijuana at dog parks.

Marijuana can be lethal for dogs when a large amount has been ingested. Reports show that dogs have a larger number of cannabinoid receptors in their brain compared to humans and therefore may be more sensitive to the toxic effects of THC than humans.

If your dog is exposed to marijuana – by ingesting it or inhaling secondhand smoke indoors – they may display these symptoms:

Signs of possible toxicity will appear five minutes to 12 hours after exposure. Depending on the amount of marijuana the dog has been exposed to, the symptoms can last from 30 minutes to multiple days.

A dog’s size plays a major role in how the exposure to marijuana will affect a dog. Smaller dogs are at greater risk because of their fast metabolism.

“If your dog has been exposed to marijuana call your veterinarian or Animal Poison Control immediately,” says Gordon.

What you can do to reduce the risk to your dog and other dogs: