Cookie and her Crumbs: a tail of a mother’s love from trauma to safety - BC SPCA

When the BC SPCA took in 119 small dogs from a property near Fort Nelson in March, among them was a terrier mix later named Cookie who was rescued along with her seven puppies, now dubbed her ‘crumbs.’

At the time the SPCA provided grooming and nail trims for the dogs, many of whom were severely matted, and treated them for dental issues, hernias, nose abrasions, eye issues, nutritional needs and other concerns. Afterwards, Cookie and her crumbs were placed under foster mom Paige Wards’ care.

“When I first got her, she was terrified of people, myself included,” recalls Wards. “She hid in her blanket fort and did not come out when I was around. Her puppies were super friendly but she was very concerned when I would pick them up.” 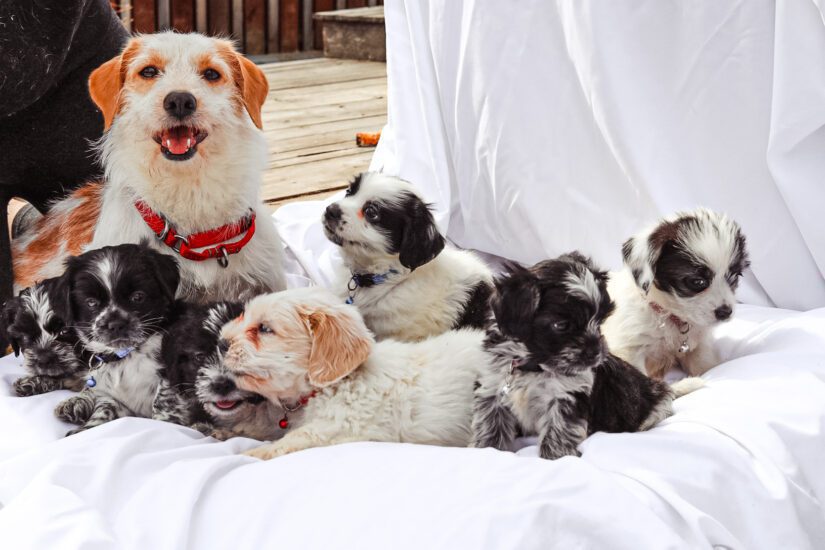 Up until her rescue, Cookie had little to no socialization. Wards says she was scared of people, loud noises, and people touching her or her babies. After a lot of time and TLC, Wards says Cookie is “now absolutely obsessed with me. She follows me up the stairs and around the house wherever I go. She enjoys being around my other dogs and finds comfort in them. She even sits on my lap and lets me pick her up, brush her, check her teeth and bathe her.”

What’s remained constant is Cookie’s love and devotion to her puppies. “She is a wonderful mother,” says Wards. “Her babies love her so much. She hides their food when they’re done eating just to make sure they get some later on (even though I feed them every three hours) and she brings them new toys and slippers everyday and barks to wake me up first thing in the morning when her babies are hungry.”

While she enjoys being a little more independent now and letting her babies roam and learn new things, Wards says Cookie is always concerned about her puppies and their whereabouts. “I’m sure her last home was very hectic and keeping track of them would be difficult. I think it’s pretty special that she steals items from around my house to take for her babies.”

According to Wards, the puppies, who were born in early March, are so full of personality now. Named after cookies (Wafer, Sugar, Shortbread, Teddy, Graham, Oreo, and Chip), she says ,“They’re constantly jumping all over each other and playing. They’re also starting to walk more so they want to go everywhere. I absolutely love all the puppies and how much fun they are, and they will be amazing pets in the future.”

No doubt the puppies have both Wards and their amazing mom to thank for their happy ending.

“Cookie is an amazing dog. She is so loyal and loving,” says Wards. “She is resilient and with patience, time, effort, understanding and compassion she will blossom into a wonderful pet for any home.” 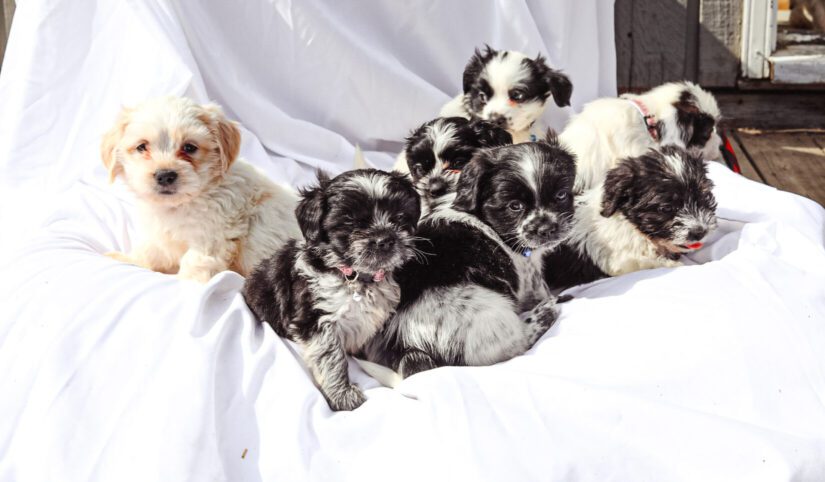