Pledge to be a cage fighter - BC SPCA

In Canada, over 24 million hens are raised for egg production each year, laying approximately 616 million eggs annually. More than 90 per cent of these laying hens (~ 21.6 million) spend their entire adult lives in cramped cages, while a mere 10 per cent are raised as either free run (cage-free, indoors) or free range (cage-free with outdoor access).

Around the world, consumers have been demanding an end to cage housing. In Canada, retailers responded to public demand for cage-free eggs in May 2016 when the Retail Council of Canada (RCC), which includes grocery store giants like Loblaw (Superstore), Wal-Mart and Sobeys, among others, announced their commitment to purchasing and selling only cage-free eggs by 2025. However, this promise came with a disclaimer: farmers must be willing to supply these eggs and consumers must be willing to buy them.

Many consumers have been demanding an end to all cages and some countries have responded by implementing bans on enriched cages, too. However, the Canadian egg industry is not (yet) on the same path. The switch to entirely cage-free housing is more than a generation away. This is why consumers need to take action to make their interests more clear if they want to see cage-free adopted as the new normal.

Let’s make sure cage-free eggs are the wave of the near future!

Be a cage fighter in 5 easy steps 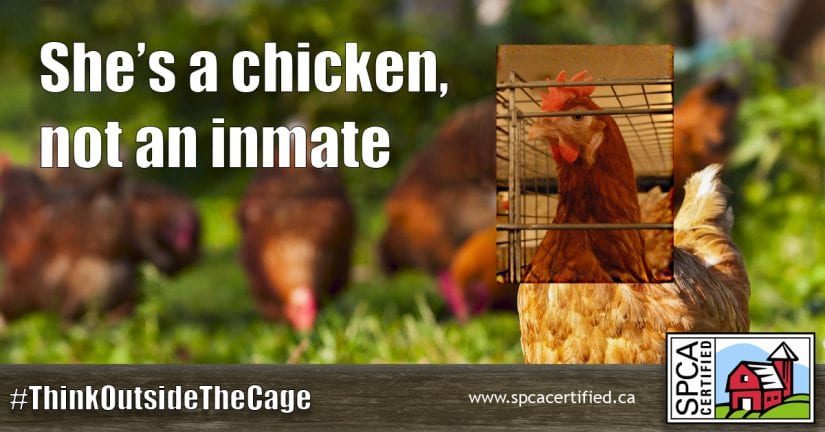