The BC SPCA needs your help in naming 11 healthy and adorable puppies.

The puppies were born to Sakura, a two-year-old German Shepherd cross, who came into BC SPCA’s care in June after being surrendered by her owner. The owner believed she was spayed and was unaware that she was pregnant. 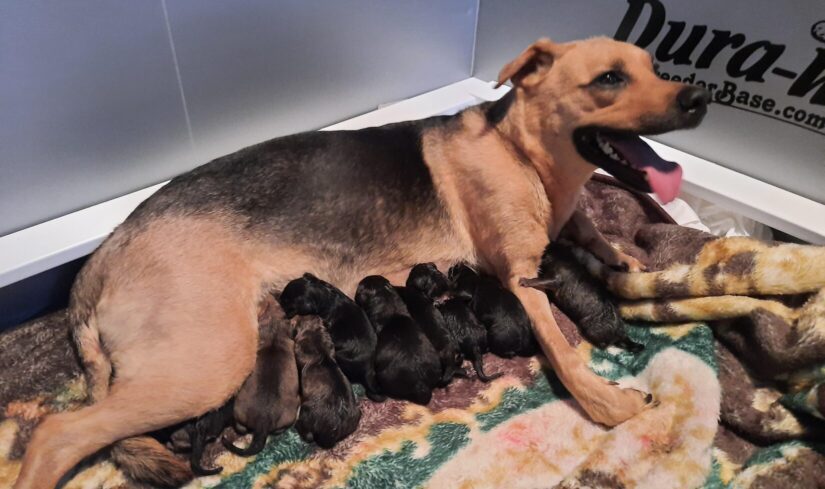 However, soon after Sakura’s arrival, she started acting strangely, including experiencing lethargy and her abdomen was hard. She was quickly checked by a veterinarian and it was determined she was pregnant. Two weeks later, she gave birth to 12 puppies on June 30. In a heartbreaking turn, one of her puppies quietly passed away shortly after.

The good news is her remaining 11 puppies (7 males and 4 females) are doing well. While they are not quite ready for adoption yet, you can help them get a start on life by helping to name them today!

Here you’ll be asked to indicate a theme and the names you suggest with it (eg. Northern Names: Uki, Polar, North, Alaska…).

From your suggestions, we will then take the top two themes and put it to a vote on our Facebook page on July 10. The winner would be announced Monday via email and Facebook, along with the list of winning names!