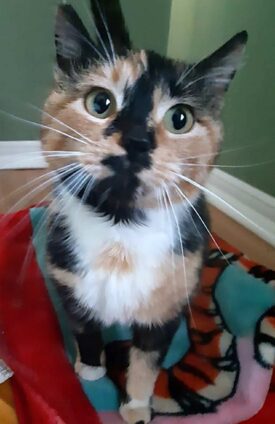 A new batch of kittens always catches the eyes of potential adopters, but mamma cats need loving homes, too. Like beautiful Calico, Sophie.

We estimate Sophie was only about two years old when she was brought with her four babies to the BC SPCA Haidi Gwaii Community Animal Centre on May 18, 2020. By the age of two, a young, intact female living outdoors may have had two or three litters. The prolific ability of felines to reproduce contributes to the cat overpopulation problem in our province.

Sophie’s kittens were less than a week old when they got to us. The whole family spent a couple of months in foster care, until they were weaned and old enough for all of them to be spayed or neutered and adopted.

Over the time they were in our care, the family travelled from Haida Gwaii to the BC SPCA Tri-Cities Education & Adoption Centre in Coquitlam to the BC SPCA Vancouver Community Animal Centre, where they quickly all found good forever homes. All this travelling was thanks to the Drive for Lives program that transfers the animals to where they have the best chance of finding new homes. 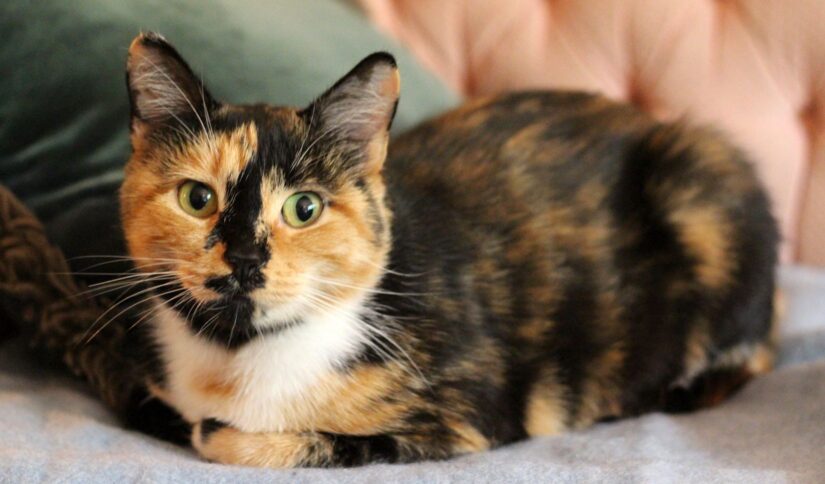 As is the case with our work, by the time you set your eye on that wonderful companion animal to whom you want to open your home, a lot has gone on behind the scenes.

But reading the stories we get from those homes makes it all worthwhile. Here is an update on Sophie’s life since she found her right match on July 16, 2020:

Since her arrival at our home, Sophie has filled our house with laughs, meows and purrs.

As she recovered and her personality emerged, we learned that Sophie loves food, toys and being picked up. We think she might love being carried around because it gives her a better vantage point to survey her kingdom. 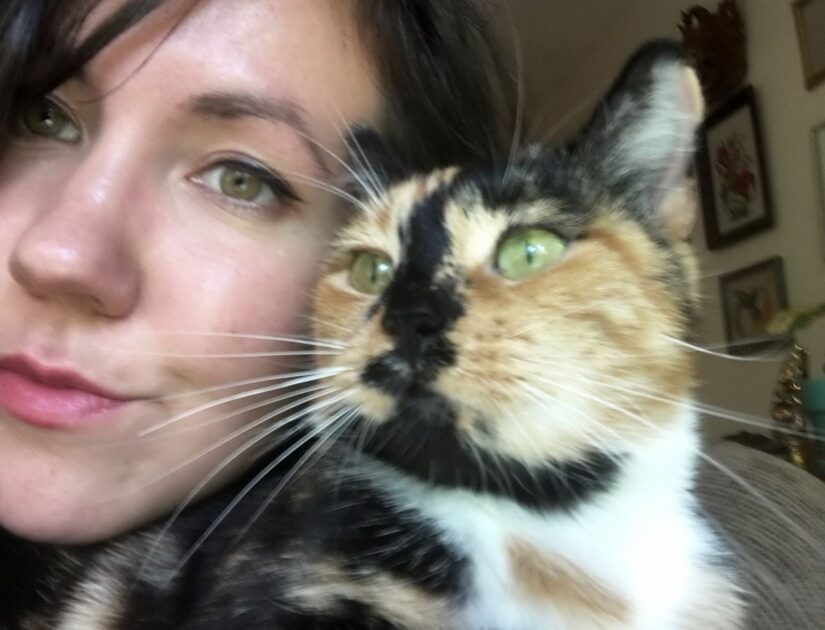 As a household of three arts workers, our creative industry has suffered greatly from theatre and music closures due to the pandemic. Through these tough times, it’s been wonderful to have Sophie around to lighten the mood.

Sophie loves begging for human food (though she begs in vain), watching birds out the window and rotating through various sleeping spots.

During my pandemic unemployment, I decided to learn how to knit. The scarf I made turned out so ugly, only Sophie wanted it. If that’s not unconditional love, what is? 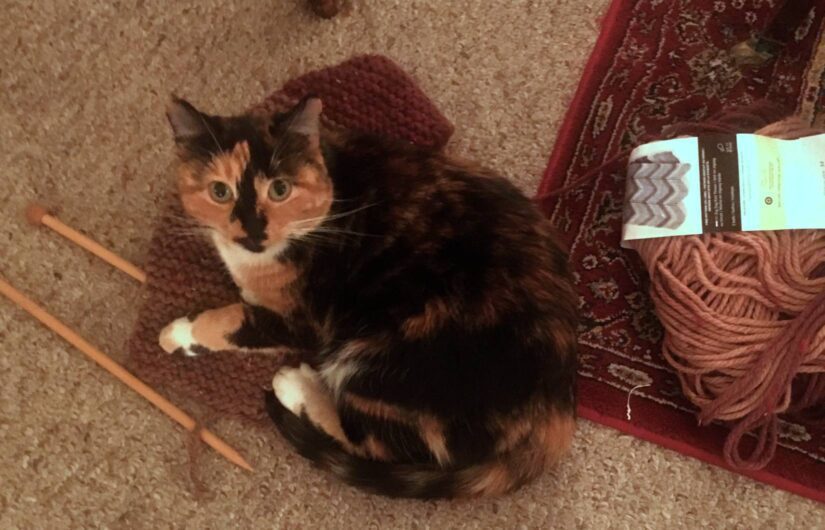 It’s so nice to have a cat around the house, isn’t it? Thank you for choosing to adopt. You have given Sophie the safe and comfortable life she may never have known. We hope you enjoy many more years of happiness together. 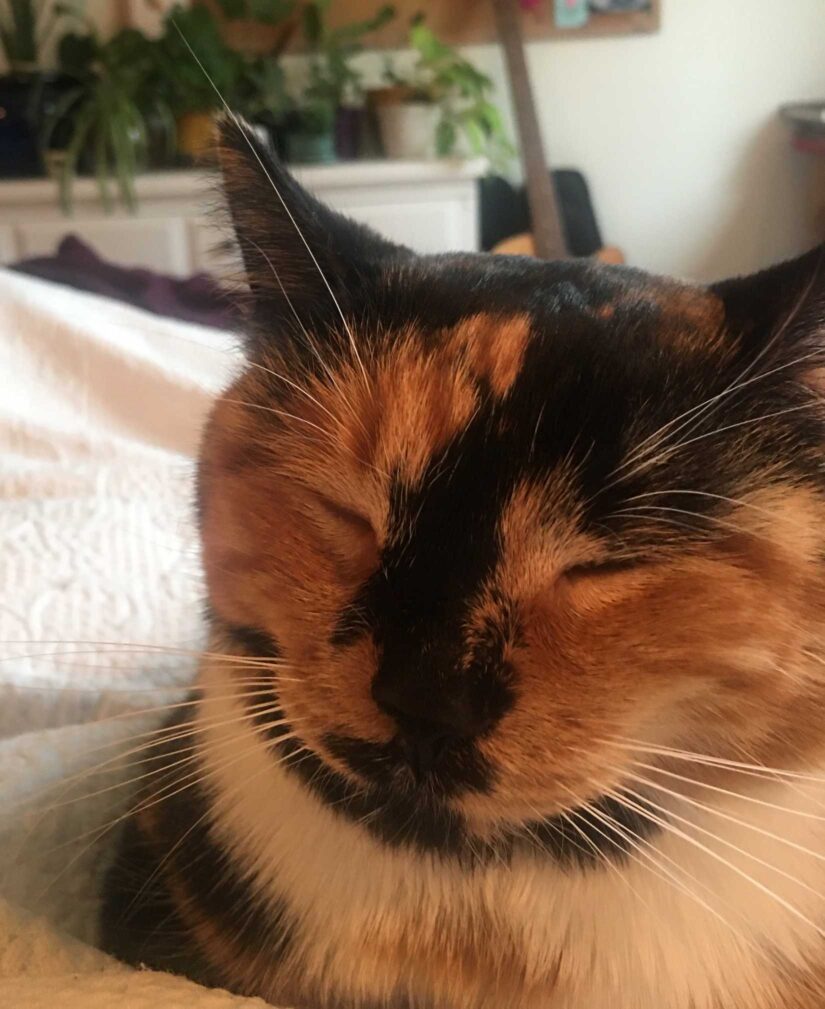 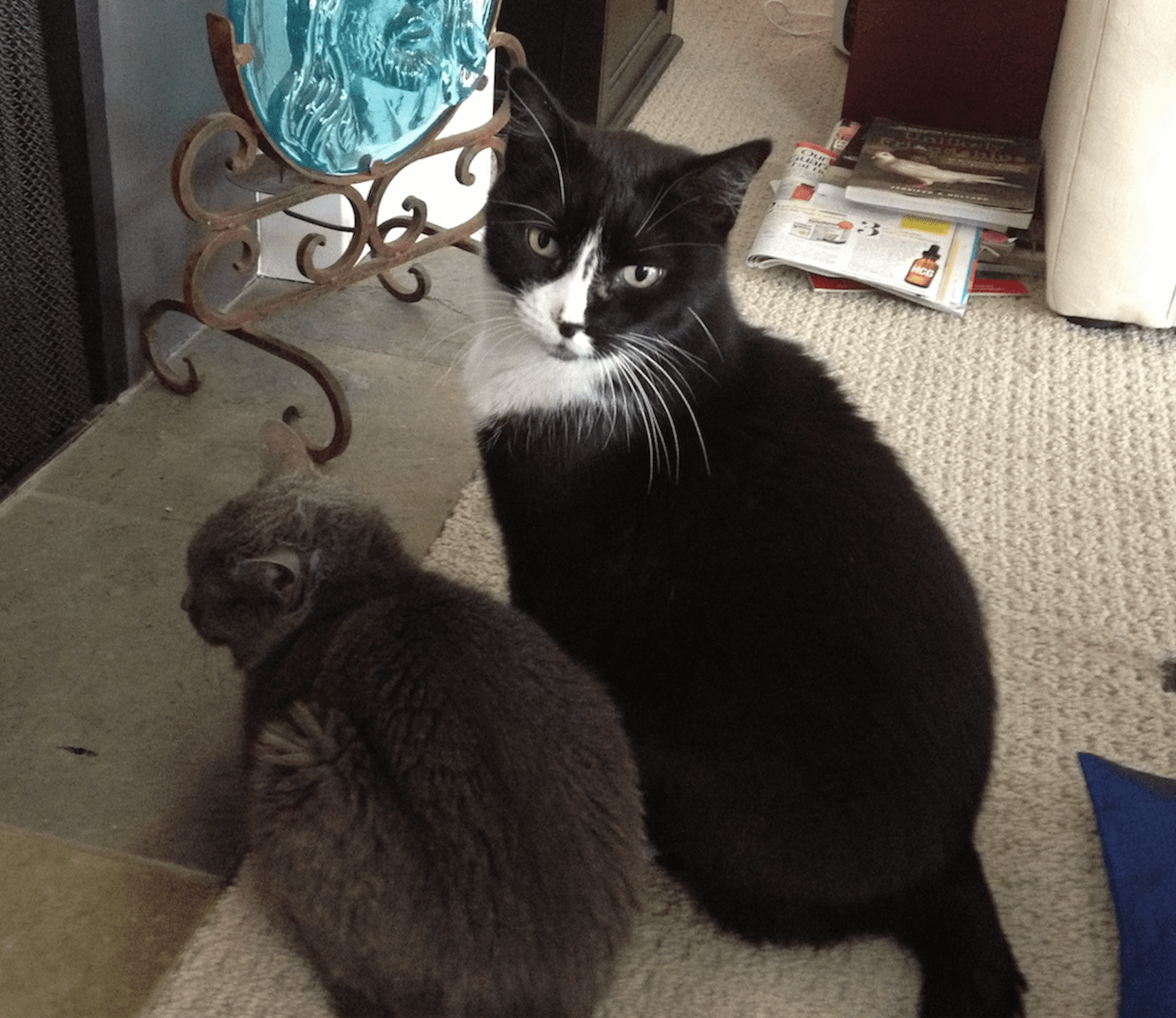 Our pets are our best friends and they are truly part of our family. Janyse and her family had a difficult time with the passing of their first cat, but it didn’t take long for them to open their hearts again. One day in the summer of 2000, Janyse took her son to the BC …