Bruce Springsteen (aka Simba) - BC SPCA 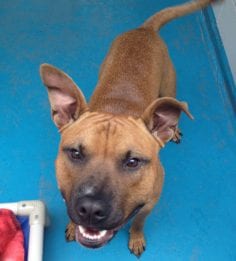 Simba was about one year old when he was surrendered to the BC SPCA Vancouver Branch on Aug. 27, 2016. His previous guardian didn’t have the time to take proper care of him so he was now looking for a new forever home.

This handsome pit bull terrier was chock-full of energy and personality. He was sweet, smart, and strong, but had little to no training. He would greatly benefit from positive obedience training, especially with leash control. Though he was still young, he could really tug you around.

That being said, Simba was very social and loved to be around people. He was looking for guardians who could slowly introduce him to new situations and other dogs so he could keep making new doggie friends. We knew his new guardians would fall in love when they saw how sweet and affectionate Simba was.

Only four days later, Simba found his new forever family and was renamed “Bruce Springsteen”. His family sent us this story of how they met and how he has been doing:

On August 31, 2016 after months of searching for the right dog to add to our family, I convinced my partner to head to the Vancouver branch of the BC SPCA to “just take a look”. We’d been online and had picked out a dog we wanted to meet but when we got there he was out on a walk. We hadn’t really been intrigued by any other dogs online and had even seen Simba on the website and decided he was too much dog for us; we wanted a dog two years of age or older and he was only 13 months. But when we strolled by the kennels, his was the first one. He was at the back of the cage, laying down and had a pretty sulky face – one we’ve now come to know and love. We tried to coax him to the front so we could say “hi”, but he wouldn’t budge (we would learn just how stubborn he was later). Randomly, an old friend happened to be at the shelter at the same time when we arrived and he managed to get him to get up and walk to sniff his hand, then he turned to me and said, “There ya go,” and walked away.

Simba looked at me, gave me his signature smile and sniffed and licked my hand. It was love. I pointed to him and told the handler, “We’d like to walk this one, please.”

Well, what a walk it was! He was truly an unruly, boisterous and wild little boy. With little to no training, he was not only a crazy little ball of energy, we could see how frustrated and confused he was. I could sense his heartbreak of being left behind and I could only imagine the strength it took for his owner to give him up. We came back to the lobby and while we were waiting to hand him back to the handler, he curled up at our feet and looked up with his big eyes as if to say “When are we going home?” We were doomed. Hook, line and sinker, he had captured our hearts forever.

Twenty four hours later he was in the back of our truck heading to his new life and home with us. We named him “Bruce Springsteen” after my personal idol and also ’cause he was a little “boss”.

Our biggest challenge was leash training with his separation anxiety being a close second. However, it took no time for him to roll over on the living room rug and fall asleep with his belly showing. He was safe. He was comfortable. He was home.

He has changed our lives, our hearts, and the way our family moves through the world. He’s deeply sensitive, impossibly cuddly and quite protective. He adores children, detests dachshunds, and is infatuated/terrified/mesmerized by felines. He loves his rope (rope is life-life is rope) and hates peanut butter. He’s very socially awkward but loves a good party. He’s chatty, whinge-y and curious. Mostly, we are his, he is ours. He is BRUCE!

That is so wonderful to hear how Bruce settled in so quickly. It’s very touching to hear how well you’ve gotten to know his personality and we couldn’t be happier to see that he’s getting all the love he deserves. Thank you for taking the time to train and care for him so he could live his best life, and for making adoption your first option. 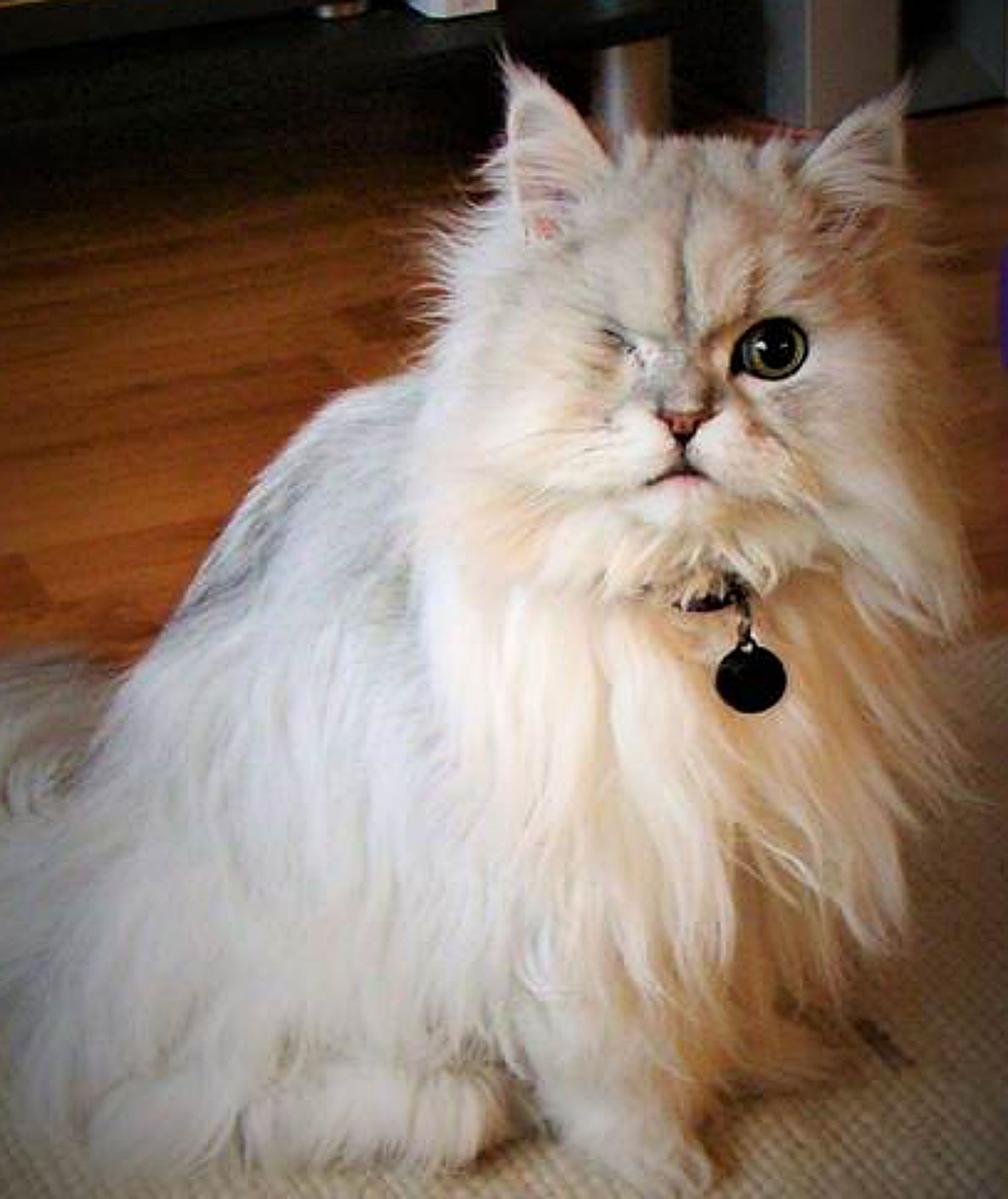 Gorgeous Fabio had a previous home before he was surrendered to the BC SPCA Vancouver Branch in 2002. There he received the surgery he needed for glaucoma. This fluff ball was just as handsome after the surgery and was ready to find his right match. Fabio’s disability didn’t dampen his easy-going spirit and soon he …