Can I stop my cat from hunting? - BC SPCA

Can I stop my cat from hunting?

Hunting comes naturally to cats, of course, because they’re predators. When roaming outdoors, they prey upon small wildlife like birds, mammals, reptiles and amphibians. While not every cat has the same motivation to hunt, the fact remains that, collectively, cats are responsible for the deaths of millions of wild animals each year in Canada.

Given that hunting is an innate behaviour, then, can anything be done about it? 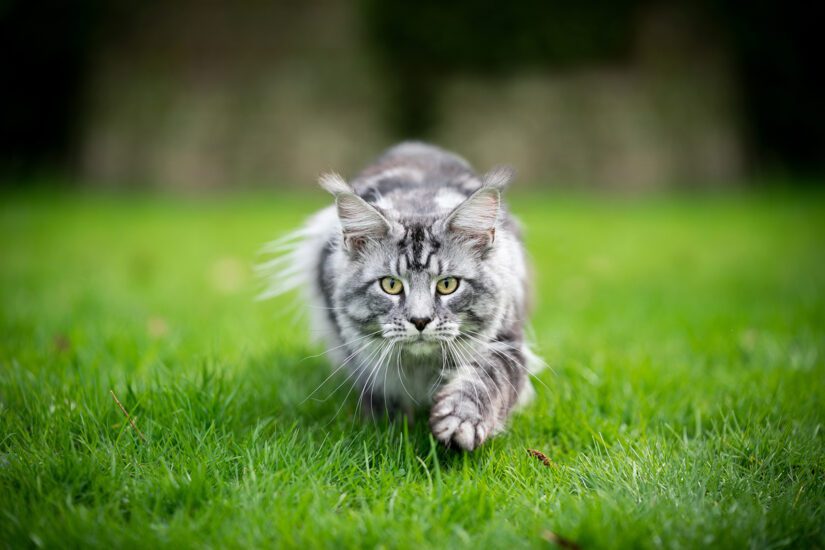 What the science says

To help answer this question, researchers have looked at aspects of care that may influence a cat’s desire to hunt.

For instance, in a recent study conducted in England with 355 cats, guardians were asked to spend just 10 minutes a day playing with their cats. Surprisingly, over the course of the 12-week experiment, they saw a 25 per cent drop in the total number of animals their cats brought home!

These findings indicate that it may be possible to reduce hunting behaviour in cats through modest changes in human behaviour. 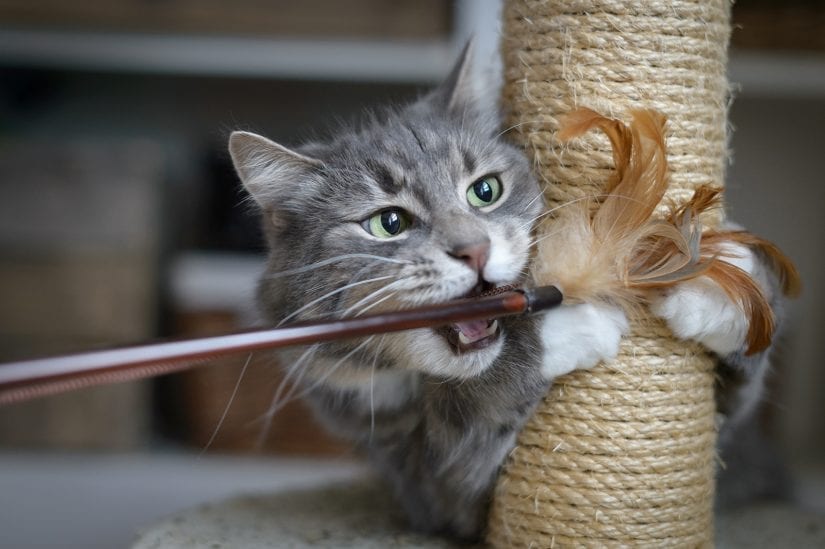 Over the years, researchers have also looked at factors that impact a cat’s ability to hunt.

Cats have been outfitted with bells, bibs, collar covers, sonic emitters and lights, all with the goal of reducing their hunting success. Results have been mixed, with some devices like bibs performing better than others. Cats are highly adaptive, of course, and can even learn how to silence a bell while hunting.

Ultimately, the most effective way to prevent cats from predating on wildlife is to keep them indoors.

While it’s true that cats are predators, they’re also a prey species. Being outdoors leaves them vulnerable to attacks from wild animals such as coyotes. Other risks they face outdoors include vehicles, fights with other cats, diseases and parasites, frostbite and secondary poisoning from eating rats or mice who have ingested rodenticides. 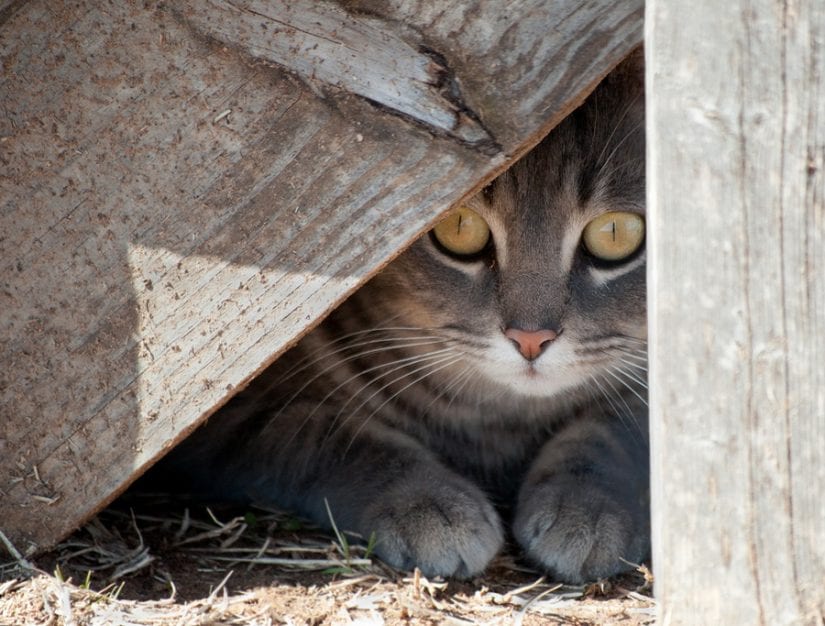 Indoor cats aren’t doomed to a life of monotony, as long as their guardians are willing to put in the work to keep them happy and healthy. There’s a long-standing belief that, unlike dogs, cats are low-maintenance, independent pets. In fact, the opposite is true. In order to give indoor cats a satisfying, enriched life, they need many of the same things that dogs do.

One of these things is playtime with their guardians which, as the research above demonstrates, can be an excellent outlet for their natural hunting behaviour. In many ways, play mimics the hunting sequence in cats, including behaviours like stalking, chasing, pouncing and catching.

Furthermore, keeping cats indoors doesn’t have to mean they are deprived of the outdoors entirely. Providing your cat with time outside supervised in a backyard or on a harness and leash is one way to give them exercise and opportunities to explore. You can also build a simple cat patio — or catio — to let your cat come and go from an enclosed outdoor space as they please. 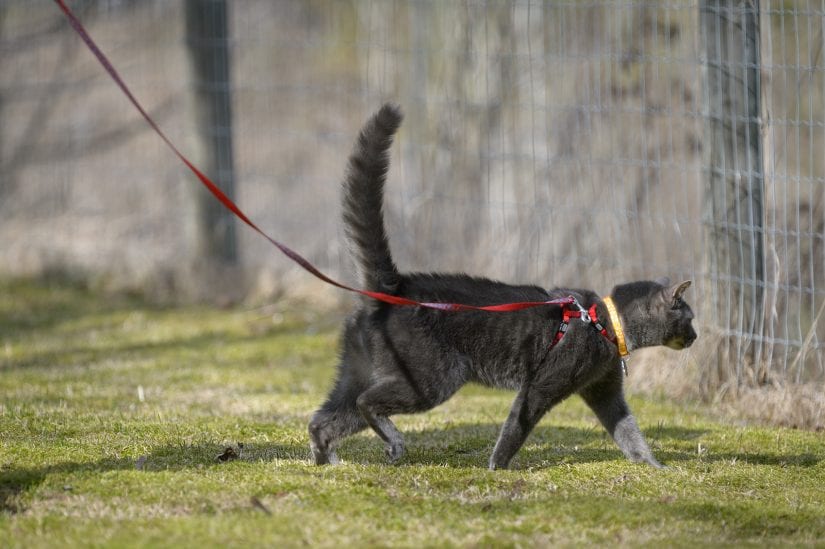 At the end of the day, cats hunt because it’s instinct. It’s up to us as their guardians to provide them with an outlet for this behaviour that keeps both them and wildlife safe.

Find out more ways of keeping your cat stimulated indoors.