James and Pippin - BC SPCA 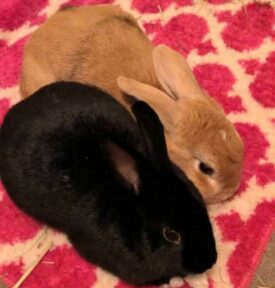 This is the story of two bunnies who needed a home, a family and each other.

James was left in a home when his owners moved. A neighbour found this abandoned two-year-old American mix in a cramped and dirty cage with some poor-quality food and brought him to the BC SPCA Chilliwack Community Animal Centre on July 17, 2021.

We hate to think of James’s fate if he hadn’t been rescued by this kind person. He was a very sick bunny and wasn’t eating or voiding and he had a condition called GI stasis, which could easily have taken a sudden turn for the worse. Under the care of our veterinary staff and a volunteer foster parent, James survived.

After his return to health and his neuter, on August 20, James was adopted into a family who loved him so much they decided to adopt again. 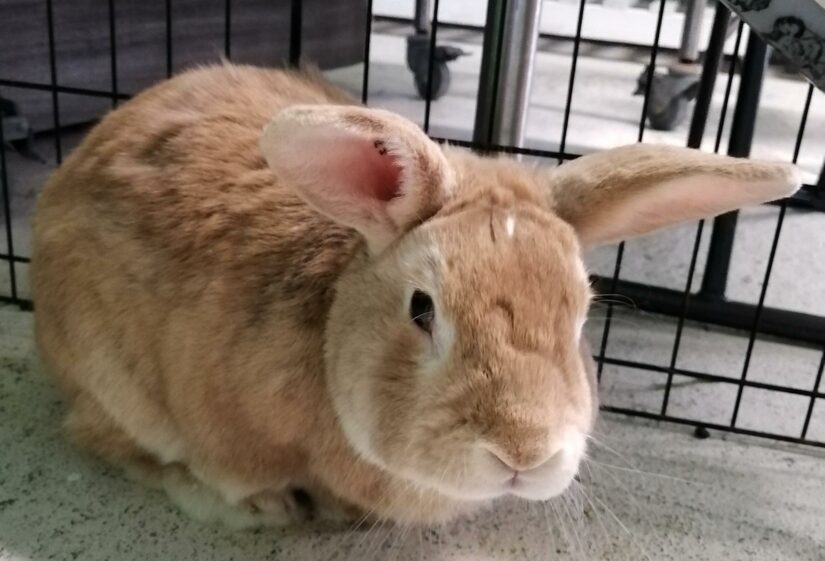 On October 20, Pippin went home with this same family. This one-year-old chocolate Rex was found in front of an apartment building in Burnaby.

Shortly after her arrival on July 26, 2021 at the BC SPCA Burnaby Community Animal Centre Pippin gave birth to six tiny babies. Immediately the family went into foster and when the time was right, momma was spayed and all seven bunnies found good homes. 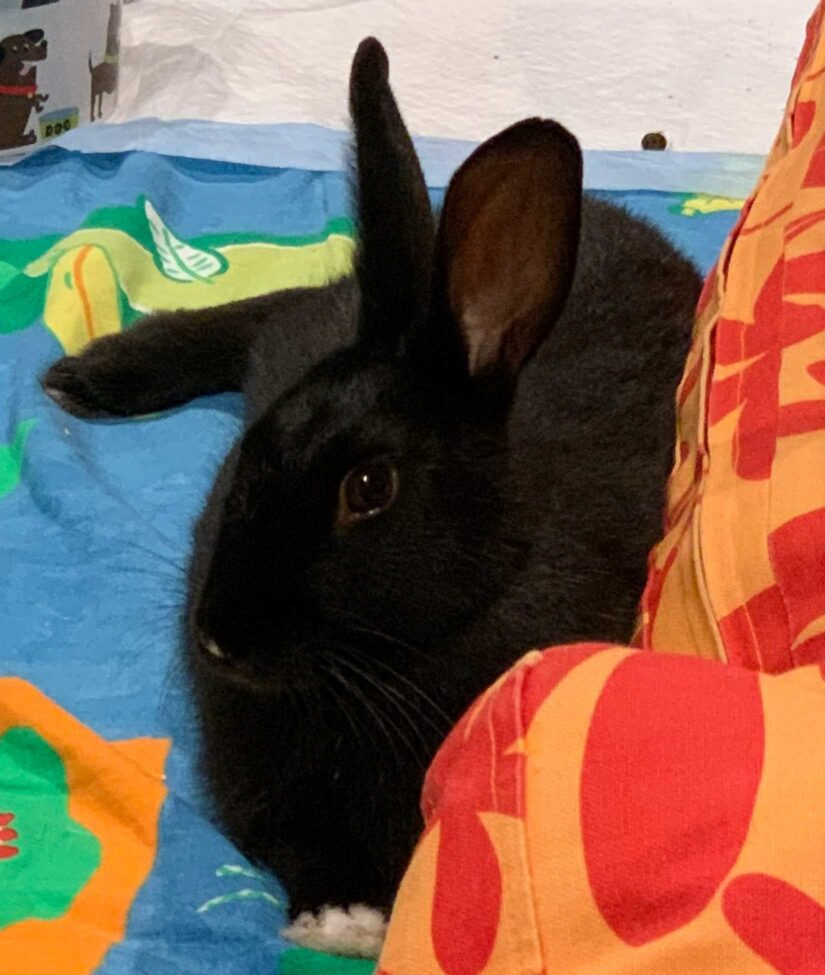 Here is the story of James and Pippin in their new forever home:

“My fiancé and I came across James through a Facebook news article a week before meeting him. When I saw the picture of him I knew it was meant to be!

We met James a week later and it was love at first sight, he was so sweet and friendly towards us. My fiancé brought him home two days later and it was such a great fit to our little family!

James is the most cuddly and sweetest bunny around. He has helped me so much these past few months and is such a great addition to the home. 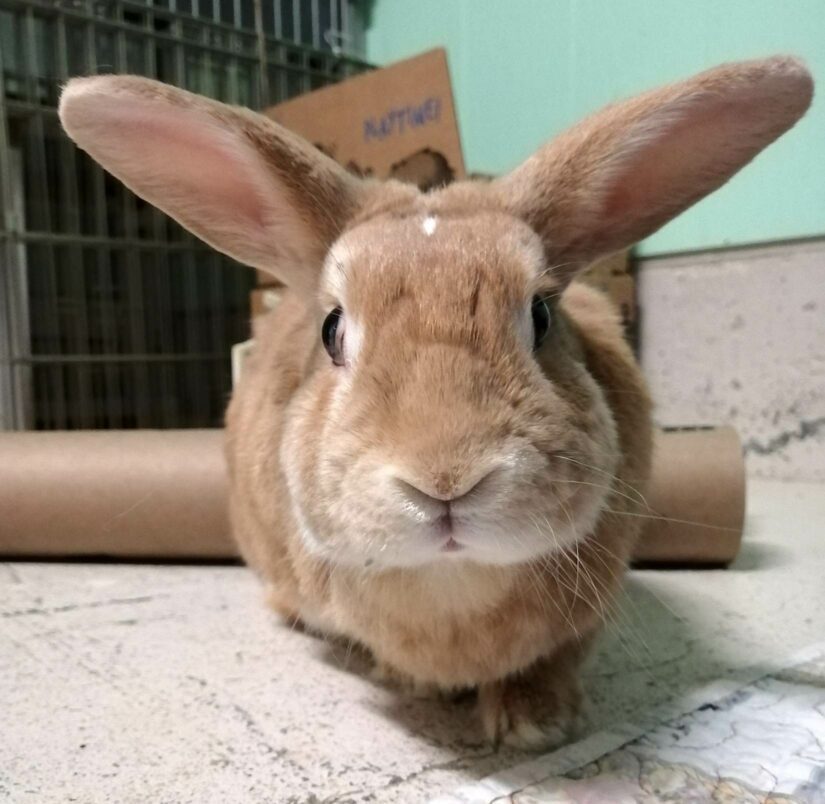 James loves to go to the pet store and even sometimes tagging along to work with his mom. We love him so much!

Adopting from the BC SPCA was the best decision we have ever made! So a couple months later, we adopted Pippin. Pippin was very shy the first few months after adopting her, but since then has come out of her shell and is best friends with James. 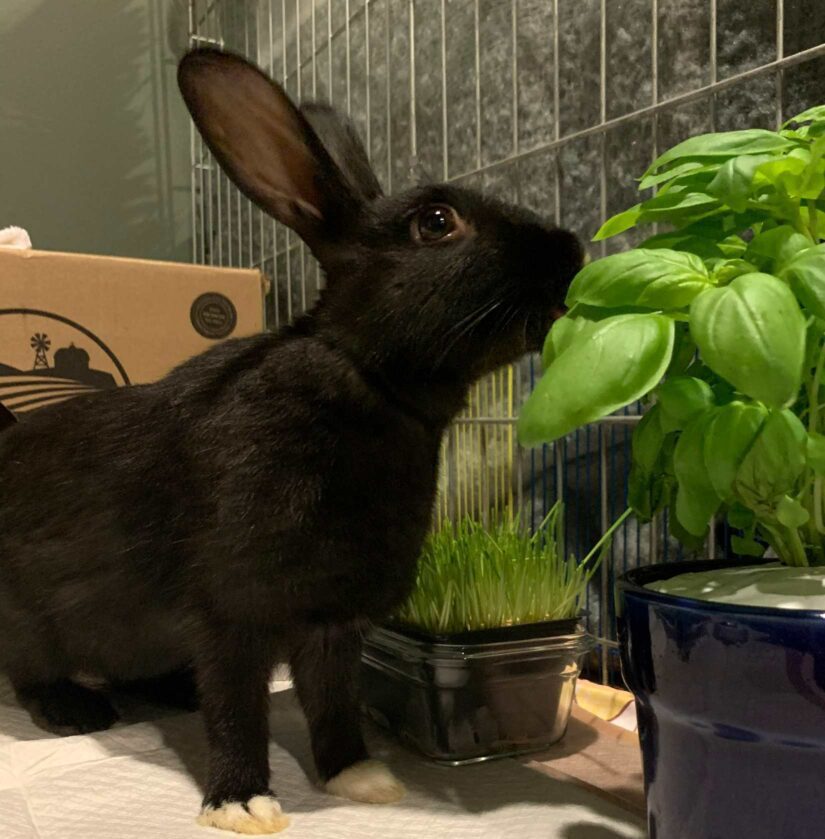 She loves to do binkies around the house and also enjoys her greens and treats. Pippin is such a sweetie and such a great addition to our family.

James and Pippin are a great match. They obviously bring out the best in each other and their companionship adds quality to their lives.

Thank you for choosing to adopt these two sweethearts and give them the safe and loving home that all companion animals deserve.

12 Things to know before adopting a rabbit

Spay/neuter is for rabbits too 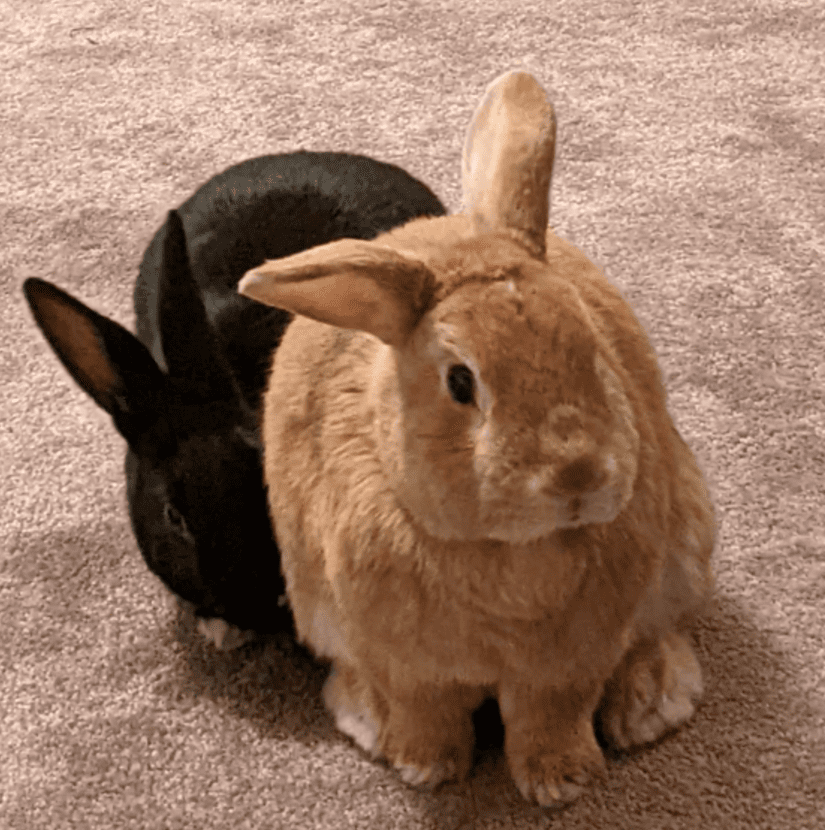 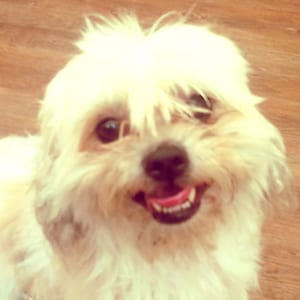 Little Marley came into the care of the BC SPCA Chilliwack Branch in May 2015 when her previous owner no longer had time to care for her. This sad event ended well for Marley as she was quickly adopted into a loving family. They have now written to share their appreciation of all things Marley: …