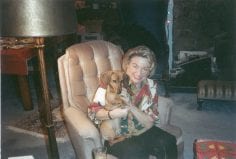 Jenny was born in Belgium and emigrated to Canada with her first husband, John Blumme, in 1947. Following his death she later married second husband Dr. Jack Layng. They retired to Salt Spring Island in 1980 where she lived until her death.

She was a champion tennis player in her youth and remained an avid supporter of the sport throughout her life.

She had no children but is remembered by her friends for her gracious hospitality, her generosity and love for her dogs and indeed all animals and birds.