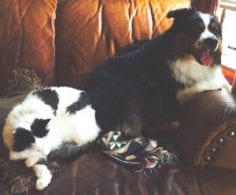 In May 2012 Stallone came into the care of the BC SPCA North Peace Branch as a stray animal. Although there was minimal history about him he was soon adopted. Now several years on, his guardian has written to update us on Stallone and their life together:

I lived in Chetwynd, BC for approximately two years. and adopted Stallone from the BC SPCA North Peace Branch on October 27, 2012. I’d sent one update on him shortly thereafter, however, it has been just over three years since that update and I thought I’d send another. Not only have I recently married but I have also made an enormous move. To marry my fiance I needed to move to the U.S., and not just south but to New Hampshire which is on the complete opposite side of the continent. The main question I received from everyone was, will Stallone go with me?

Well, over the years I lived in Chetwynd, Stallone always came home with me to my parents for Christmas; this meant a 12 hour drive. He was a trooper, never complained, never gave me any fuss and in fact I believe he enjoyed the trips. Because I don’t believe in giving up an animal simply because you move and his previous experience travelling, I decided that he would make the trip with me.

Only this time I was flying from Calgary to Boston. With stops and flight times that totaled 12 hours, roughly the same time. At first he whined and amazed people as I went through security, but once on the plane and settled, not even the people in front of me knew I had a cat until it came time to get off the plane. They commented on how well behaved he was. Upon arrival, Stallone had one obstacle to conquer; I’d been previously advised that he didn’t get along well with other cats. My fiance however, had a dog, a two-year-old Australian Shepherd. To our marvel the two hit it off without incident. Though still a puppy, Stallone tolerated his antics very well and to this day they have never had a poor incident and even play together on a regular basis. They behave much like brothers and we joke that they are pretty much our children with all the shenanigans they get into together.

I was also recently advised that at 15lbs he is a healthy, normal cat that is just abnormally large in build. This was fantastic because I’d been concerned about his weight since I got him but he didn’t seem to lose or gain any as he grew. He is a big cat and all muscle and fluff. He gets many compliments not only on his beautiful appearance but his chill, dog-like attitude (he comes when beckoned and loves belly rubs). So I am happy to say Stallone has become quite the experienced traveller and has a very loving family that wouldn’t give him up for anything!

Thank you so much for sharing your story and letting us know that Stallone is doing fantastic and adapted well to a cross-continent move AND living with a dog. We are very grateful that you made adoption your first option. 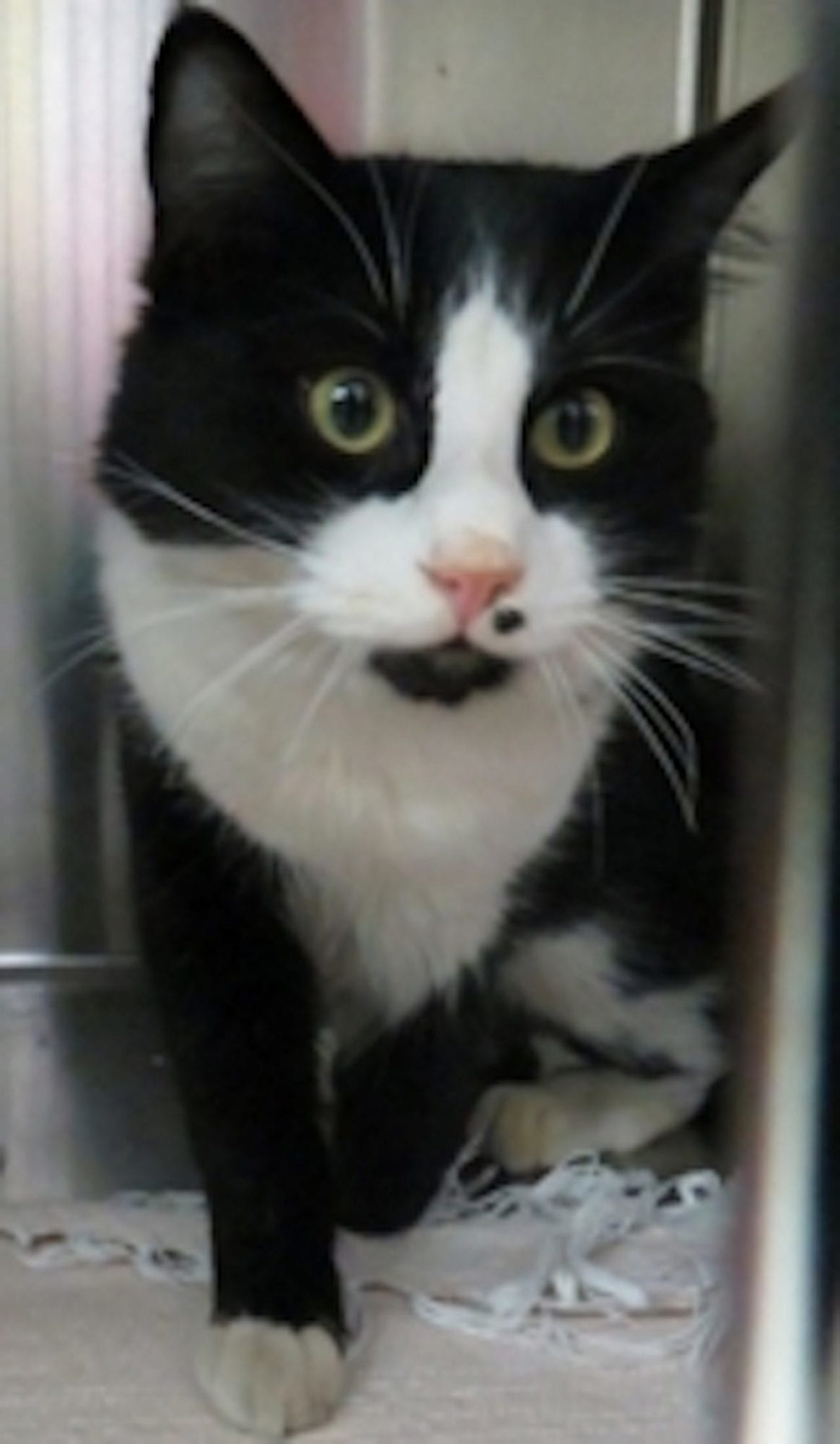 When Bear showed up as a three-year-old stray at the BC SPCA North Peace Branch on September 14, 2013, he had a lame left front leg. It was hanging limp and he was not using it. He spent weeks of quiet rest in a foster home, to determine if he had nerve damage that would …