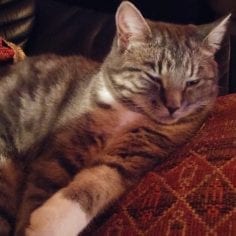 Meet Sniffles. This dear little grey tabby was found hanging around a property on Gambier Island in the fall of 2017.

A Good Samaritan brought her into the BC SPCA Sunshine Coast Branch on October 15, 2017. At the time she was probably about six months old.

After arriving at the shelter, Sniffles was treated for an upper respiratory condition common in strays. Once she recovered, she was spayed and was all ready to leave the shelter.

On December 10, she was finally able to go to her forever home and meet her new sibling. Here’s an update on how Sniffles is doing, from her adoptive family. 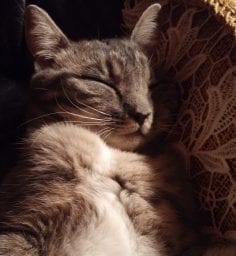 We adopted Sniffles as a companion cat for Pixie, who we also adopted from the BC SPCA 18 months ago.

It took us about a month to get Sniffles home as she had a few medical issues, including the sniffles, hence her name.

We followed the BC SPCA protocol for introducing cats and finally, afterabout two months, Sniffles and Pixie liked each other. So, to others introducing a new cat to a resident cat…don’t rush it.

Sniffles is the most curious cat ever. She gets into everything. She is very affectionate and vocal.

Her favorite game is to roll a golf ball around under the bed, at 3 in the morning.

We’re guessing from the photos of Sniffles in her new home that she is not missing the outdoor life. Thank you for giving her a new home and a new set of human and kitty companions.

And thank you for making adoption your first option. May you all enjoy many healthy, happy years together. 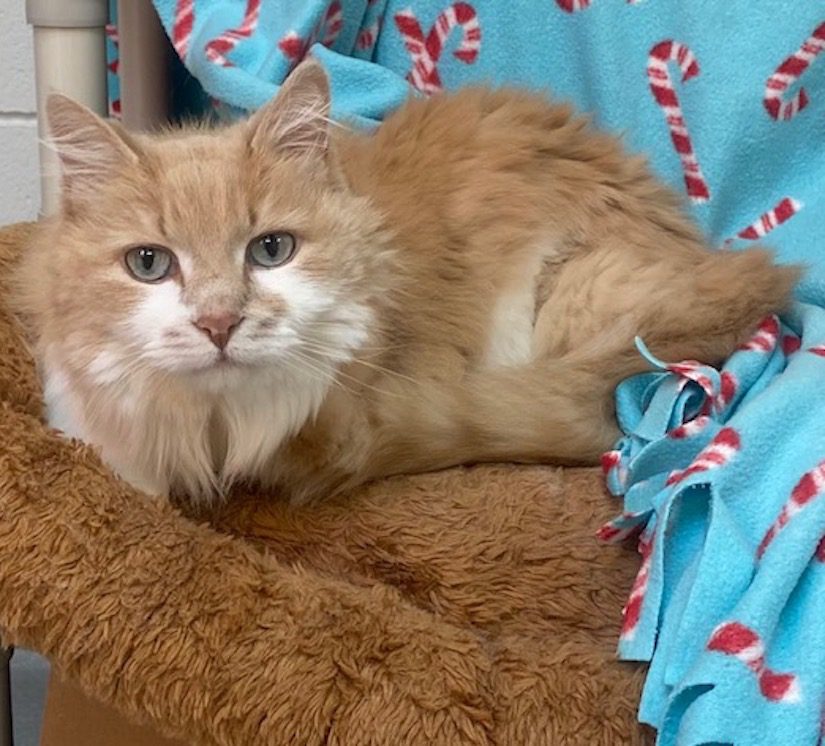 Adopting a senior pet is always a win-win. Not only are they almost always immediately grateful to have a safe place to call their home, but they also fill our daily lives with joy. Sandy found Joy at the BC SPCA Sunshine Coast Community Animal Centre in May 2021. Even after learning that Joy had …