Scout (aka Miguel) - BC SPCA 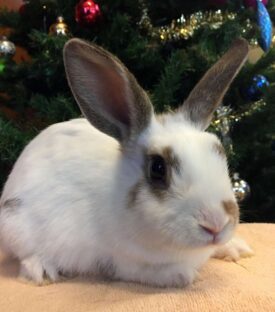 For those of you who may not know this fellow through his previous posts, meet an American mixed breed rabbit who has a definite personality.

Miguel was surrendered to one of our Special Provincial Constables and brought to the BC SPCA Maple Ridge Community Animal Centre on December 23, 2017, with his eight siblings as they were an unwanted litter.

We made sure there would be no more unwanted litters from any of these bunnies. They were spayed and neutered as soon as they were old enough and placed for adoption.

At three months of age, this little prince found his right match on February 3, 2018. This letter from the forever guardian of Miguel, who became Scout in his new home, shows us all how fun filled life with a bunny can be:

Well, it’s been three years since Scout and I met and became best buddies at your BC SPCA. We spent a special day together and received a card from a friend that Scout had to check out.

I think COVID and my retirement has been a big difference for Scout as he used to have the place to himself during the day…and he lets me know it! It just takes some love and special treats and games to make the day special.

I gave away a rocking chair that I had as Scout liked to lie underneath and I was always worried that someone would rock in the chair, risking running over his legs. Little did I know that he really missed the chair and would stand up and walk around on his two hind legs looking for it as he did sleep on it for part of the night.

So I eventually got a kid’s rocker online and assembled it for him. Well, knowing Scout, he was not initially impressed as it wasn’t his original rocker. So we played games with treats around it and now it is definitely his as one of the pictures shows. 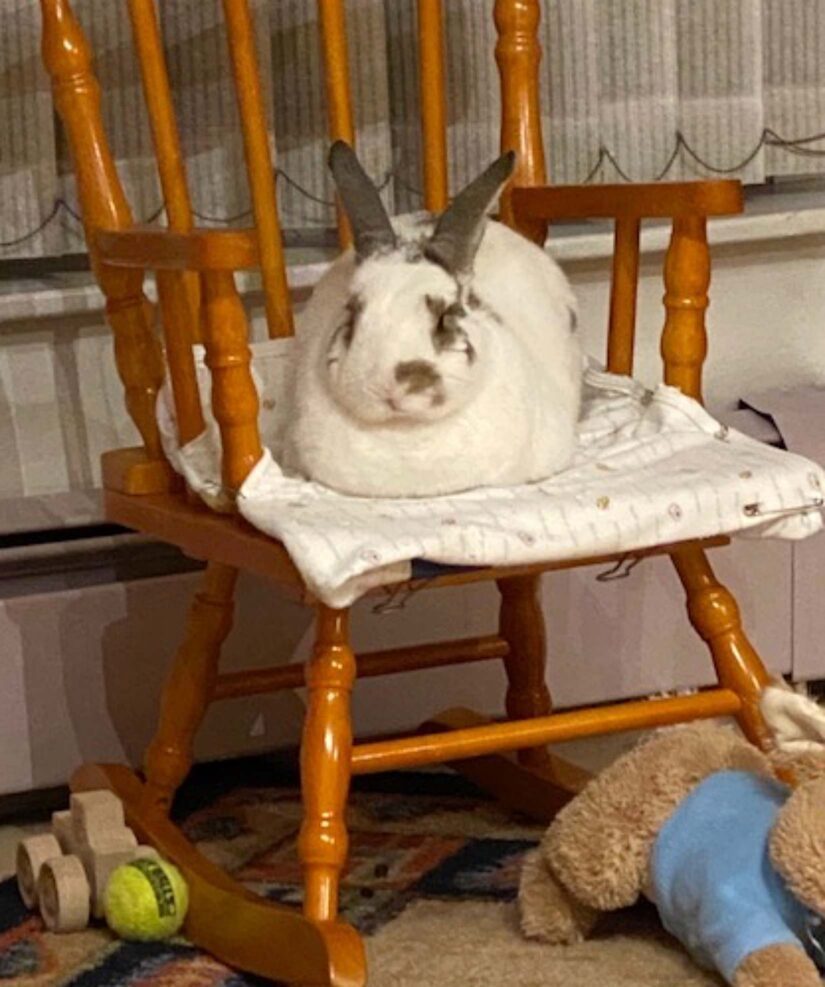 He loves to hide underneath and keep an eye on things or take a break and sit on top of it. I’m so glad that he’s finally forgiven me and truly enjoys his chair that nobody else can use.

Scout has always seen himself as the alpha male and is not shy to come out and check out visitors to our place. Sometimes we have to have discussions about who’s the alpha male as he acts out and chews the furniture or doesn’t fully use his litter box.

So now I think we’ve agreed that it will be a shared responsibility (but in fact I’m in charge)! 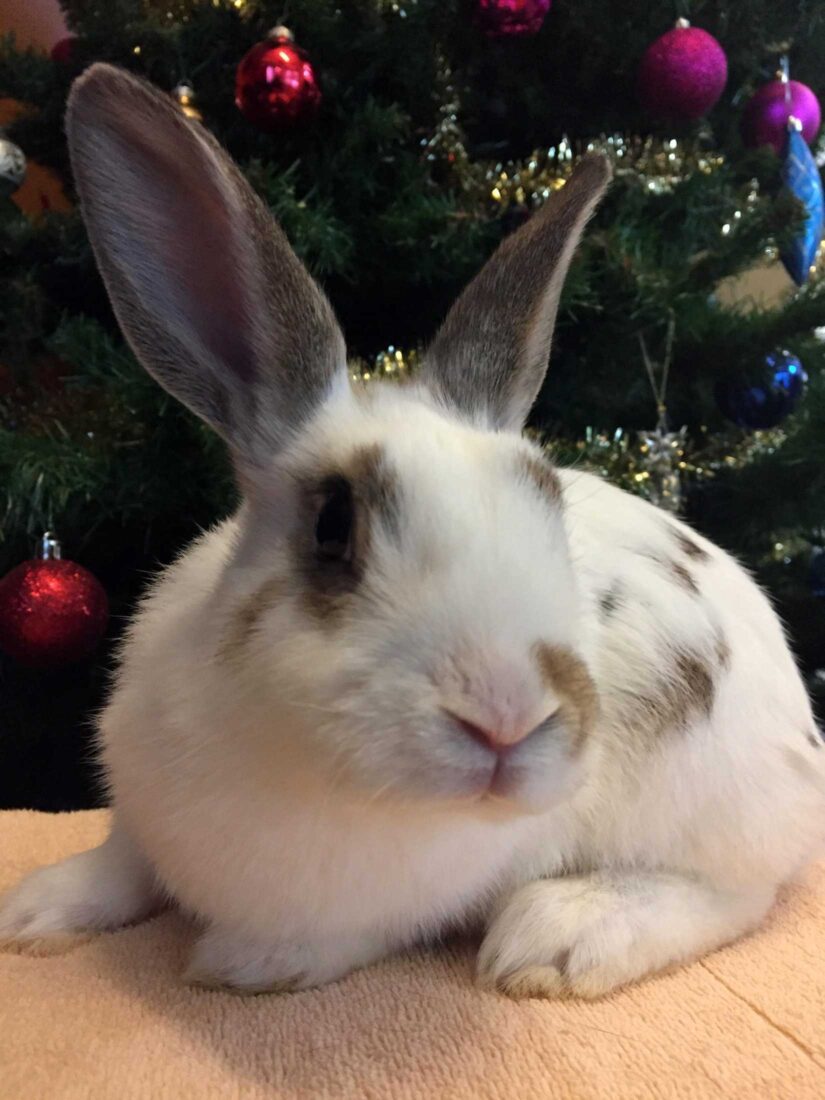 There’s so much more that we could say about our loving and enjoyable relationship but perhaps the pictures we’re sending will add to our story.

Thank you so very much again for giving us this opportunity to share our lives and enjoy the fact that there is never a dull moment with love!

Thank you for keeping us up to date with Scout’s life with you.  He sounds like quite a character!

Thank you for making adoption your first option and for sharing your home with Scout. Or perhaps we should thank him for sharing his home with his devoted guardian. Long, happy lives to you both! 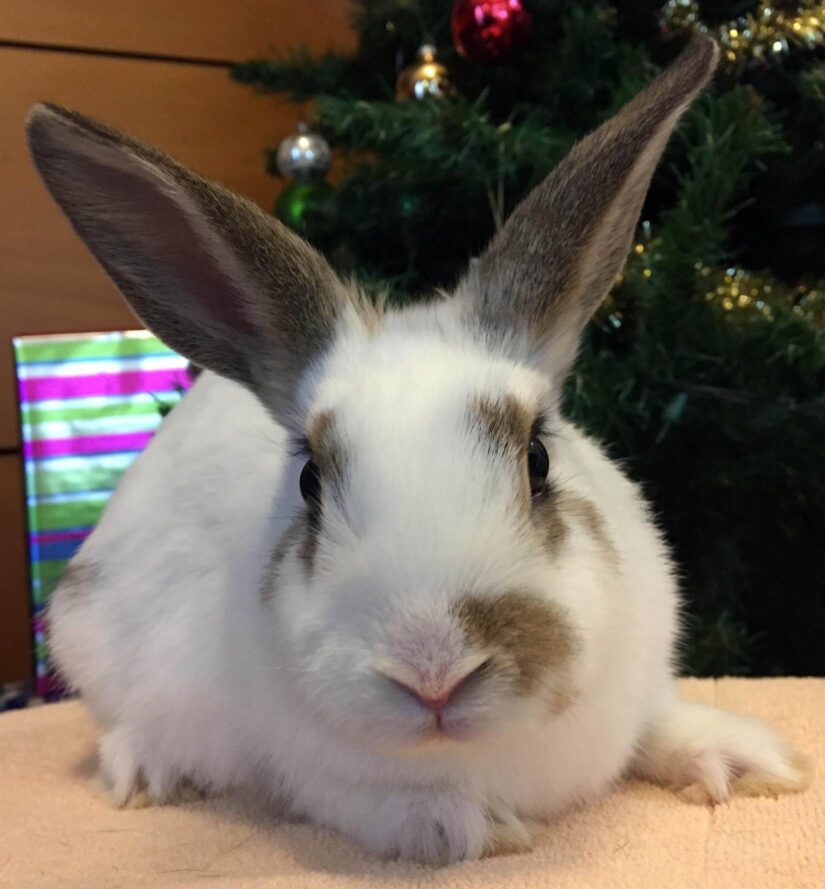 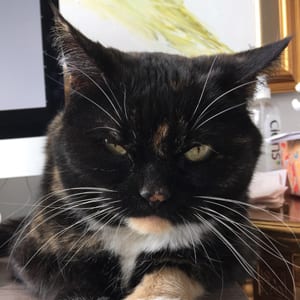 Nala was surrendered into the care of the Maple Ridge BC SPCA Branch in March 2016. She was at quickly adopted by her second family, but then arrived back to the branch after the family was no longer able to care for her. This easy breezy senior was an adorable charmer who was playful, affectionate …