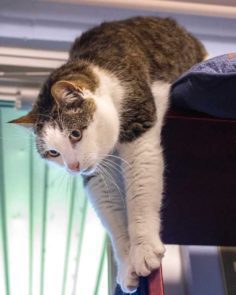 There are many ways to meet potential pets to adopt outside the shelters—for example, satellite locations that host adoptable animals, local events and Cat Yoga classes to name a few.

Emily was ready to consider expanding her family to now include a cat, but she was a little unsure of just how well one would coexist with her dog and children.

But when her family met Jackson and saw just how chilled out he was, Emily knew his calming presence was just what her family needed.

Considering how relaxed he is, perhaps it isn’t surprising that Emily and her family first met Jackson at a Cat Yoga class.

A little later, Emily and her family adopted Jackson from the BC SPCA Nanaimo and District Branch on August 4, 2019.

We met Jackson at a Cat Yoga class, but he wasn’t the original cat my teenage daughter wanted to adopt. After much trepidation about bringing a cat into our home because of our dog and toddler, we went back to the branch because we knew we had lots of love to give to one of the other cats.

We took my son, not yet two years old, to meet the different cats. Jackson was the only cat who didn’t mind the little one being in his face or offering him toys. Other potential adopters may have overlooked him because of his renal issues, which are currently diet controlled. 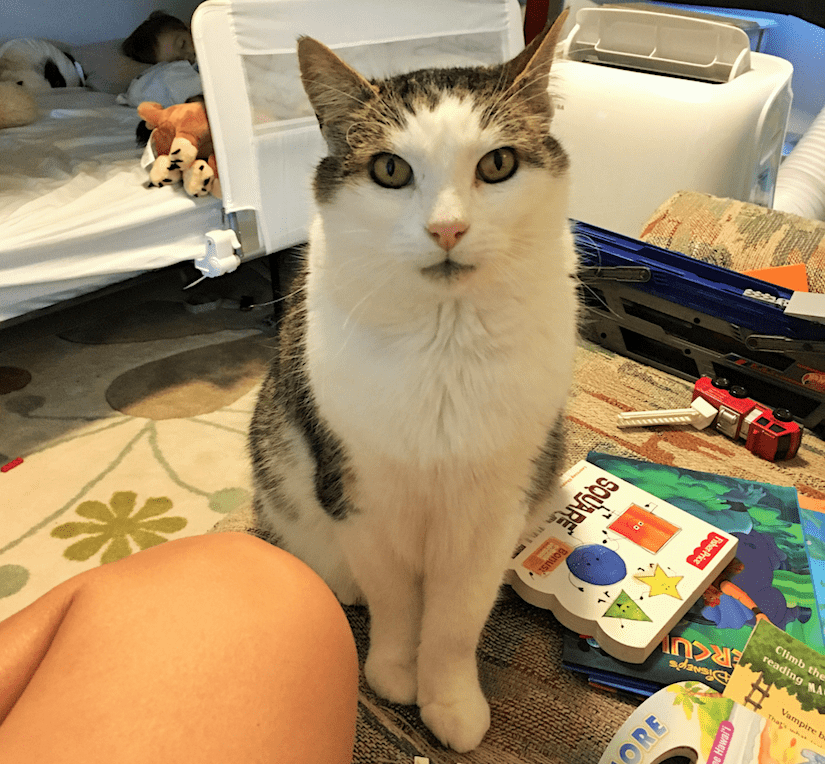 It has been eleven days and we’re in love. What a mush Jackson is. He loves our company and when he’s lonely he calls for us. It sounds like he’s yelling, “Hello?”

Jackson quickly learned the dog is not for him, so he stays upstairs. He has taken over every room and picks someone different every night to cuddle.

I get lost in his big yellow eyes every day. He loves to be picked up, hugged and kissed on the head. He is very calm and gentle. Jackson also takes a great selfie.

He loves the laser light for playtime and loves sleeping on everyone’s bed, laundry pile and laying on windowsills. We are so fortunate to have met Jackson and we’re grateful that we added him to our family.

Even our middle child, who isn’t keen on interacting with any animal, goes around calling for Jackson. It’s hard not to want to cuddle him considering how chill he is. 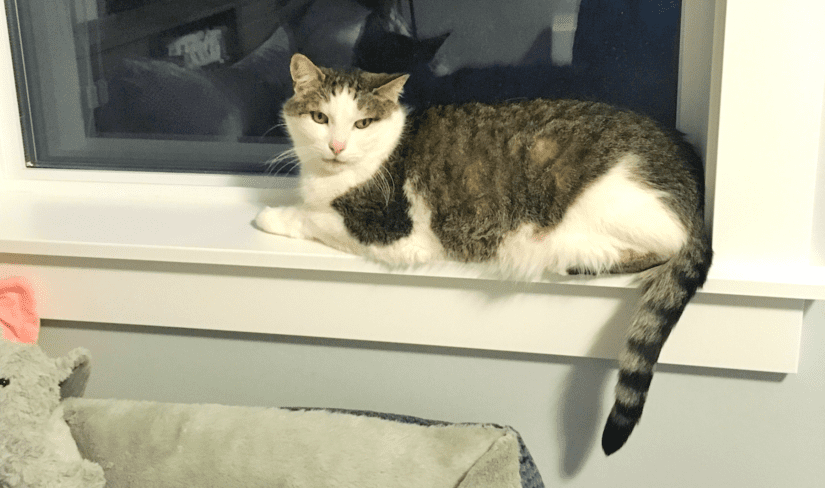 The one thing we have to watch for now is Jackson always being behind our feet. When I do laundry, he’s behind me. When I stand in the bathroom, he’s behind me or on the counter staring at me. When I try to do an at-home workout, he has taken over my yoga mat.

He loves his people. We love our dear Jackson. The white cat hair everywhere is worth it!

Thank you to you and your family, Emily, for choosing adoption as your first option, and for welcoming Jackson with such open arms. We are so grateful you decided to add a kitty to your home even when being unsure how it would work. It’s obvious you made the right choice and found the perfect cat for all of you. 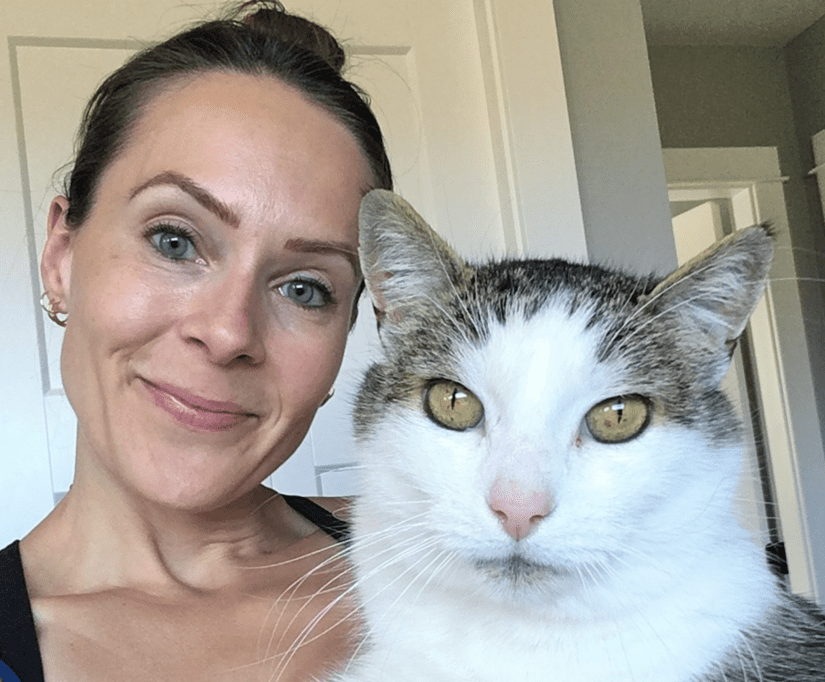 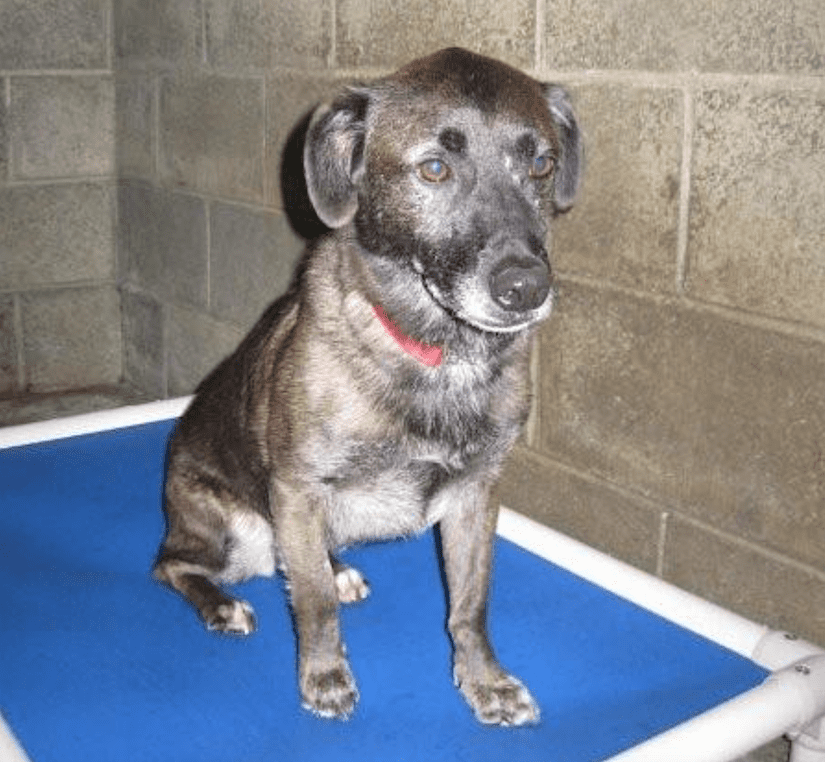 For many of us, our pets enter our lives when we need them most. This was certainly the case for Ann and her family when they came across Cole, a sweet and very loyal Corgi Mix. At the time, they were mourning the loss of another pet of theirs. When they saw that the spirits …