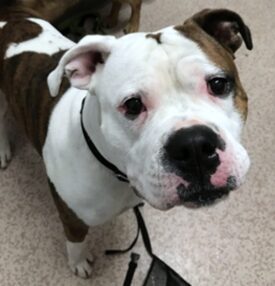 If there was ever a story that shows how important it is to find the right match, the story of Harley is it.

This big, sweet, exuberant boxer-American bulldog mix lived in two homes before he found the one that fit him. Harley had started his life on an acreage, then moved inside a small home. In March of 2020, when he became too frustrated to stay there, he was surrendered to the BC SPCA Victoria Branch.

Quickly adopted again, he was just as quickly surrendered when his second family moved and couldn’t take him with them. So in May of 2020, what showed up at the shelter was a friendly, cuddly but anxious, unsure, stressed-out two-year-old pup who needed a lot of guidance to control his reactivity and aggression.

Harley had also been separated from another dog with whom he was bonded, and had not been neutered or obedience trained. None of that was Harley’s fault. But it was going to require the patience of the right people to make him feel secure enough to blossom into his best self.

Harley’s expressive eyes sparked a love affair with just the right couple. They took him home on May 14, 2020, and the love affair continues. His new family wrote to share their story:

Only a few months into our relationship, Ryan mentioned he wanted a dog. Not just any dog, but he wanted to save a dog. A little hesitant, I was on board.

So we started searching, all the places, all the websites, sooo many phone calls, so many emails. Keep in mind the pandemic had just started two weeks prior to this decision. But Ryan knew, it was time to bring a dog into our lives.

After about a week of looking, we found (not so) little Harley. I mean, who wouldn’t want to save that face? We fell in love with his sad little eyes and big head and knew we needed him. 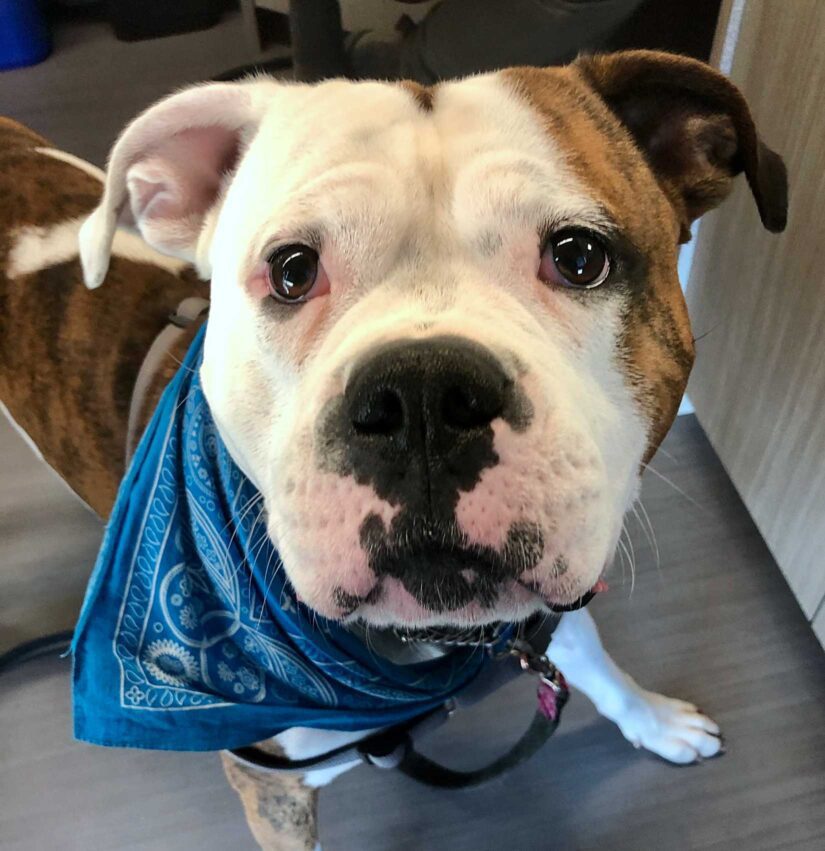 We called them and chatted and unfortunately, Harley had found a home with someone else that day. Honestly, we were devastated for us. Happy for Harley but sad that our “love at first sight” moment wasn’t meant to be. We stopped our search as it felt like maybe it was a sign that it wasn’t the right time.

About a month later, scrolling Facebook, Harley’s ad popped up. I instantly clicked on it saying to myself that “maybe it’s an old ad.” It said Harley had been in the BC SPCA care for only two days.

With having my guard up, I told myself it was old but called immediately to confirm. We were told, unfortunately, Harley’s home didn’t work out and he was back in the care of the BC SPCA.

Being hit again with happy/sad feelings, I called Ry to confirm that we wanted to meet him.  It was the universe’s way of telling us that Harley needed us. The next week we got on a ferry to go meet the little guy. 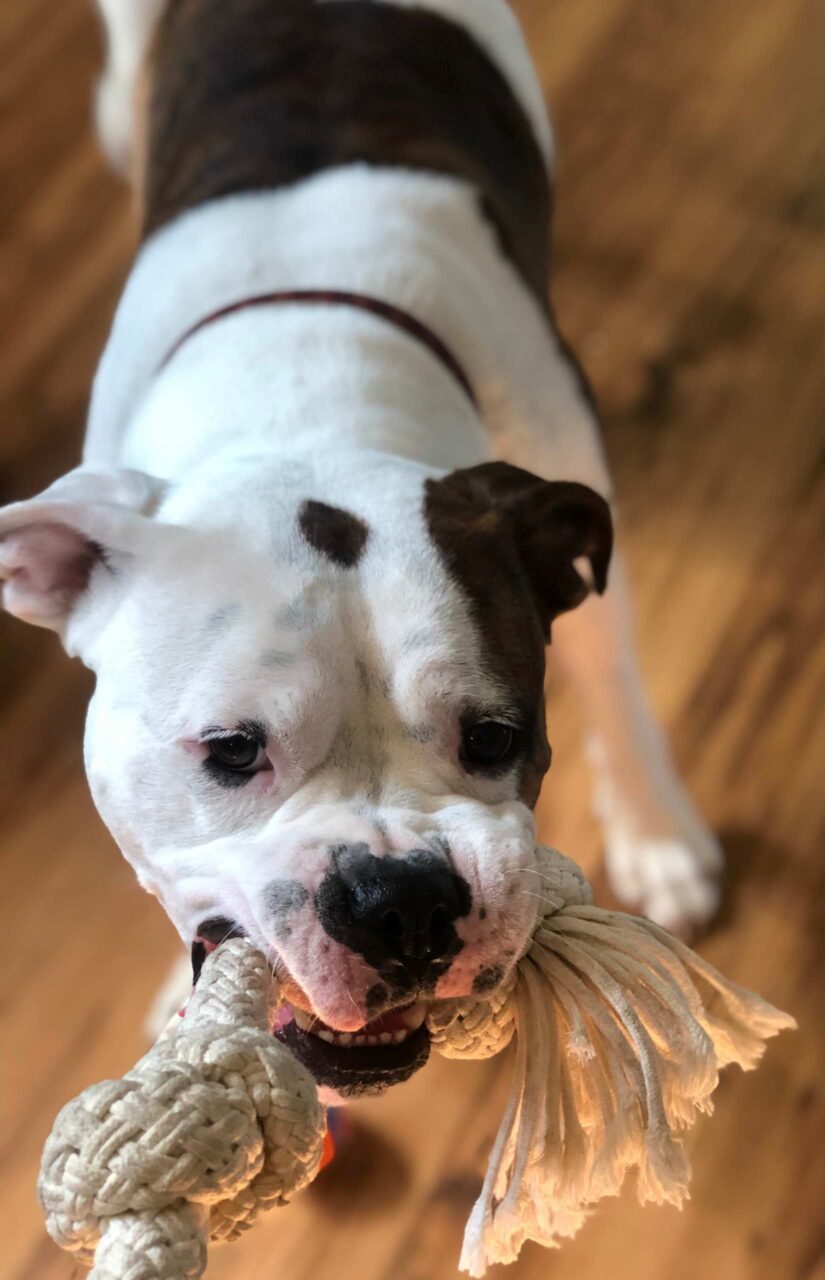 To our surprise, Harley wasn’t very little. He’s tall, strong (very strong), has a huge head and a giant tongue. When he jumped out of the front seat of his foster dad’s car, we were IN LOVE.

The minute Ryan went to meet the employee who had him on a leash Ryan bent down and Harley just went crazy, full-body wag and many slobbery kisses. I sat in the car with tears in my eyes, knowing full well we were not leaving without him. 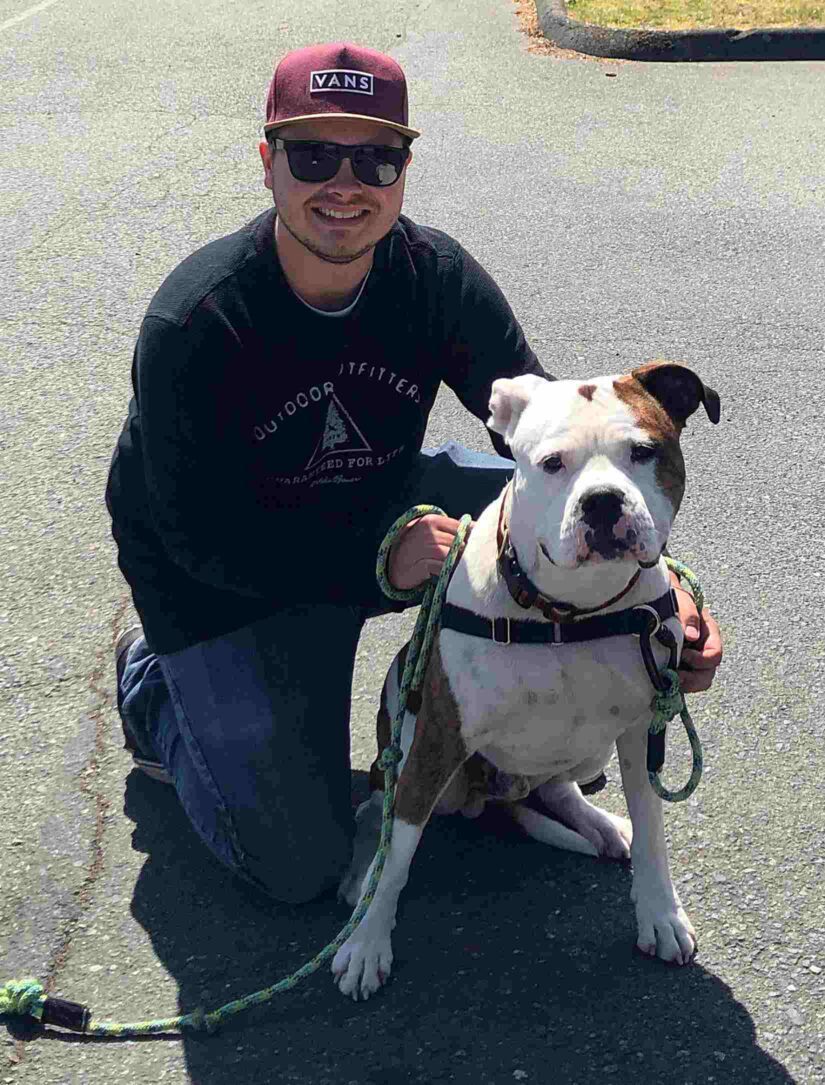 The staff member asked us if we wanted a little time with him on a walk and we were thrilled. As soon as we set out on our walk, Ryan looked at me and said “this is my dog.” Again, tears welling in my eyes, I smiled and we continued on. Harley did great on the long trip home. He had some minor anxiety at the beginning but slept all the way home for the most part.

Almost six months later and Harley is a different guy. Harley started out with no other four-legged friends. He was very reactive to other dogs and with his immense strength, we opted to get him a muzzle to protect him.

Now, months later, our sweet Harley has many many friends and is much more comfortable when passing a random dog on a walk. We are still working hard and have figured out how best to support him when meeting new dogs. 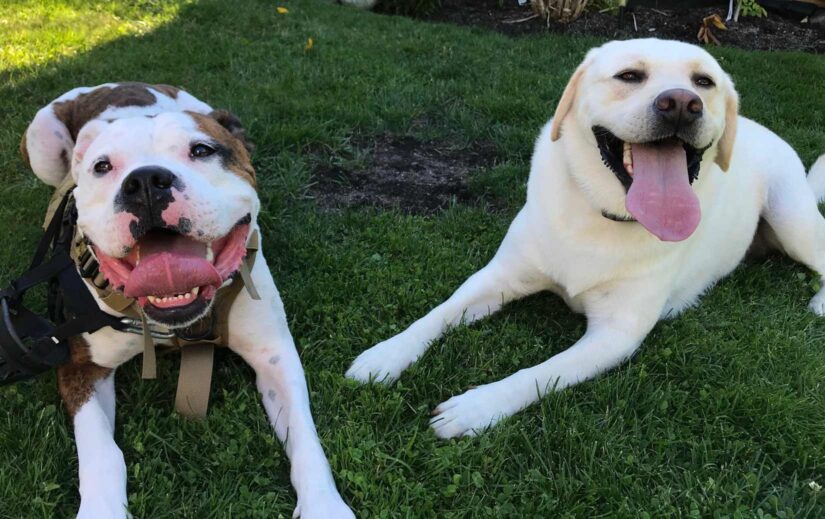 Ryan and Harley couldn’t be more perfect for each other. They work hard to make the other better and Harley is in the best possible home. He is one of the smartest dogs I’ve ever encountered, picking up on every tip we have taught him.

If he’s not playing with his bestie Jaco, Harley is sneaking up on the couch to get a cuddle. Our giant pitty thinks he’s a lap dog and we wouldn’t have it any other way. 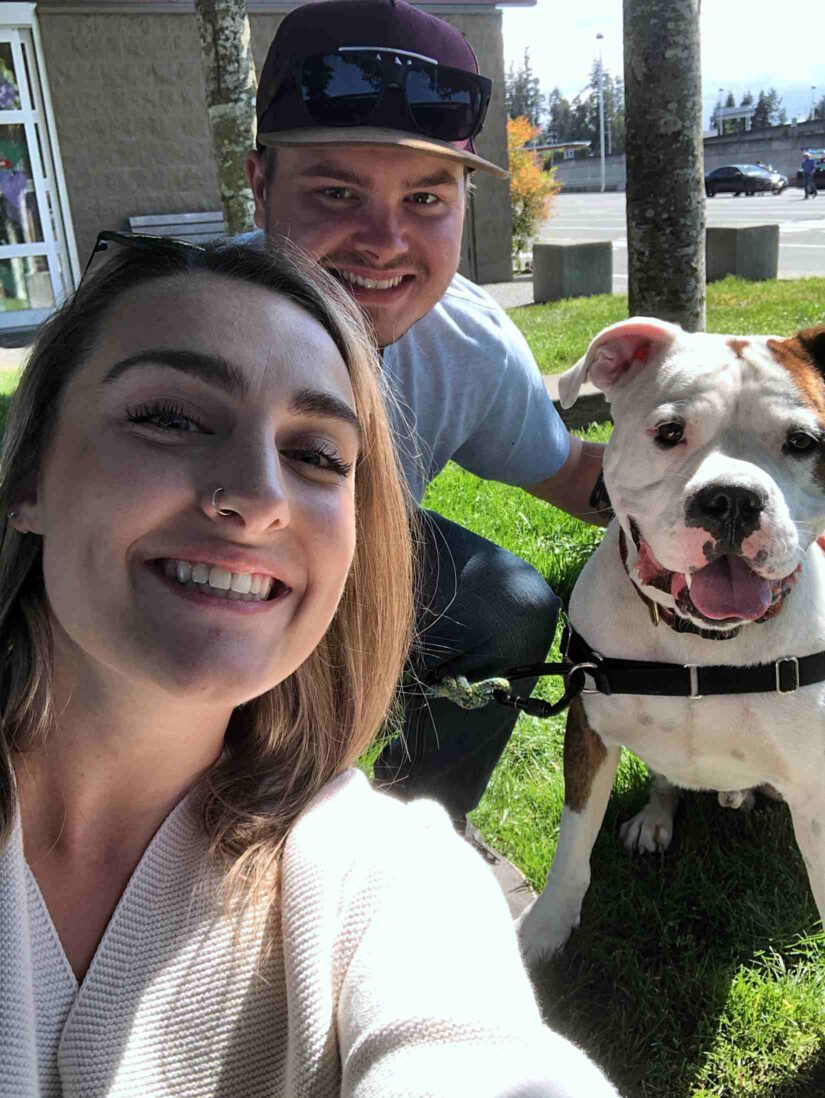 What a happy ending to the long journey of Harley. It just goes to show what love and commitment can accomplish. We are so grateful that you chose to adopt Harley and give him a chance to be the family member he deserves to be. You can relax now, buddy. You’re finally home. 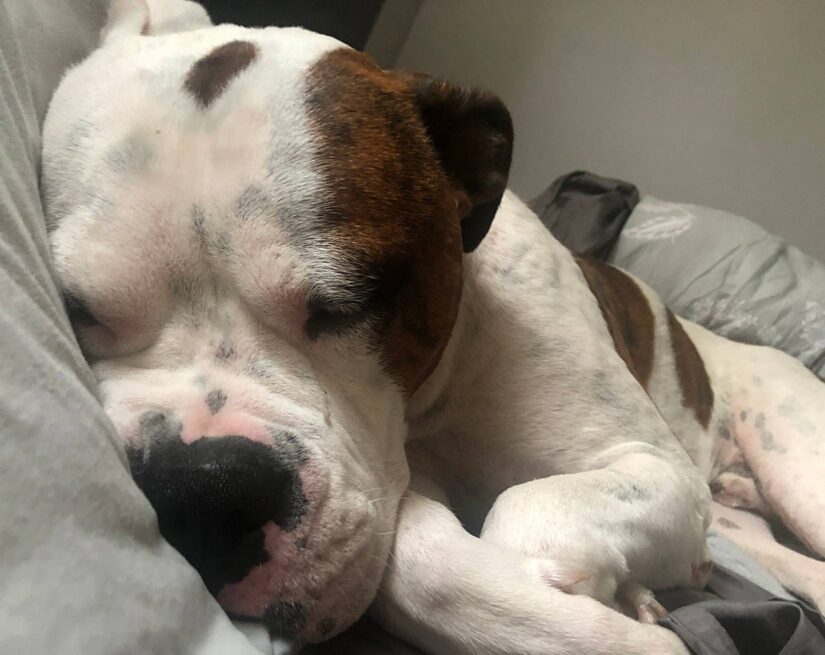 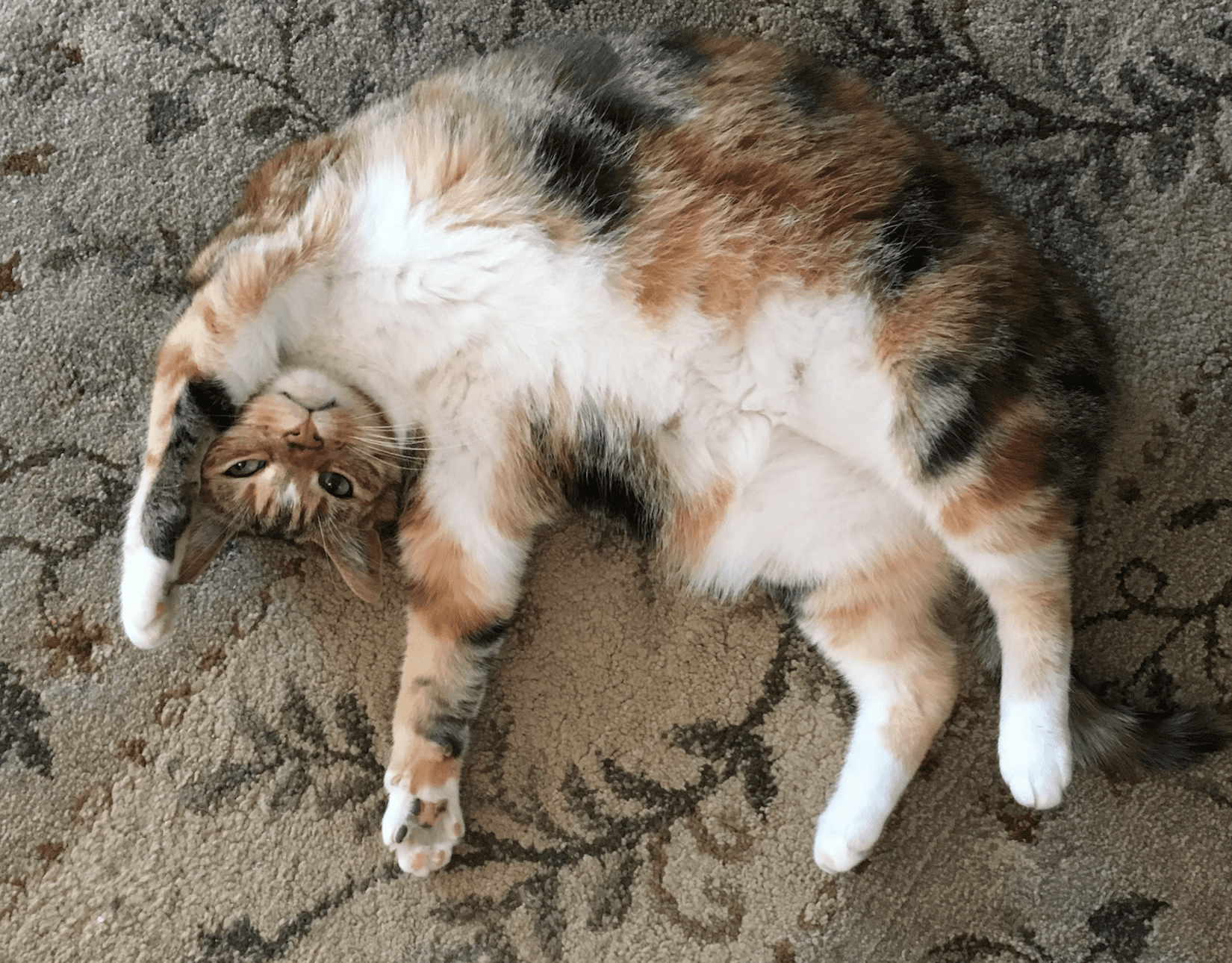 It’s so difficult for us to imagine why anyone would want to abandon Lucy. We found her on the front doorstep of the BC SPCA Prince Rupert Branch in May 2018, and oddly, she was perfectly well groomed and immediately very trusting. Once we knew she was healthy enough to meet potential adopters, we transferred …