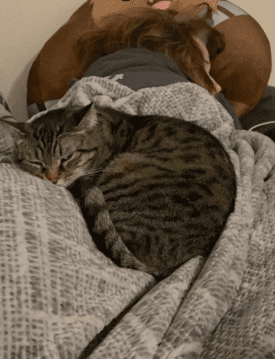 After six years of providing unparalleled companionship to her guardian, who adopted her from the BC SPCA Nanaimo Community Animal Centre in December 2013, Gaia started a new life. No longer able to give Gaia the care she needed, her adopter made the difficult decision to re-home Gaia with another family member.

It was in the summer of 2019 when Brittany stepped up to assist her great grandmother by taking on Gaia. In the two years since Gaia moved to live with her new family, she has made herself at home and, of course, became the centre of Brittany’s attention.

Now, Brittany has written to us to share their story:

My great grandmother, alone after the passing of my great grandfather in 2013, longed for company. She went to the BC SPCA Nanaimo Community Animal Centre and perused the cat rooms, looking for a companion. She adopted two cats that day—Gaia and a male named Duff.

Given that these two were in the same cat room at the shelter, Nana assumed they got along. She was mistaken.

Duff was very much an outgoing social cat, but he picked on Gaia each time she came out of hiding. She began to stop coming out to eat or use the litter box. Nana made the difficult decision to take Duff back to the shelter, where he was re-adopted before the week’s end.

We learned that before coming to the BC SPCA, Gaia had been found in a wood pile with a litter of kittens. Barely a year old herself, she was practically a kitten as well. I will always be grateful to whoever found her and saved her life. 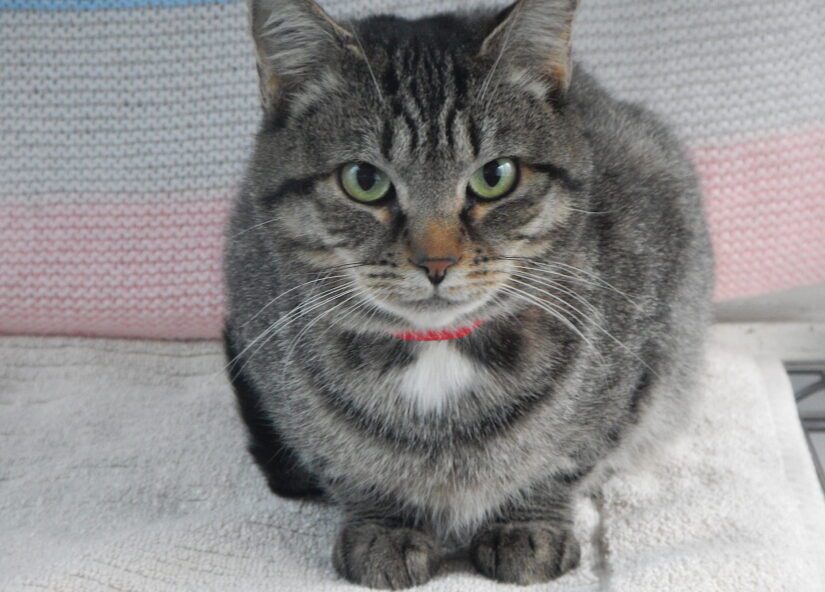 Gaia had been in the shelter a while. All her kittens found homes before she did, as expected. I think Nana and Gaia instantly understood each other. Once she had the home to herself, Gaia transformed into a very affectionate, demanding, amazing cat.

She lived with Nana until August 18, 2019. Nana was aging. She was in and out of the hospital and could no longer provide Gaia the care she deserved. She reached out to me and asked if I would take her fur baby.

Instantly, I said yes without any hesitation. I had only met Gaia once before, and she’d hidden from me, but I drove from Lantzville to Victoria to pick her up. She didn’t make a single peep the whole way home. 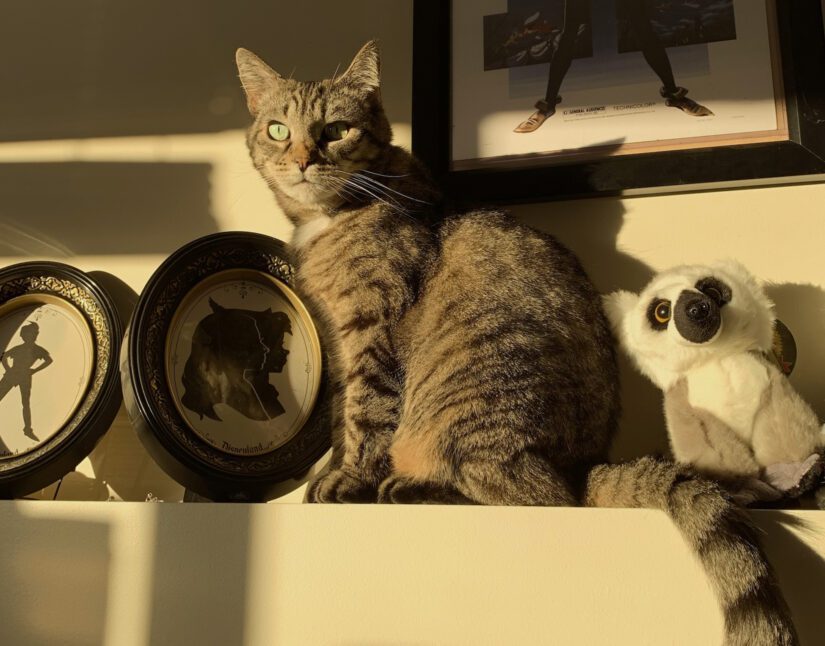 Now, I couldn’t imagine my life without Gaia. She has gotten me through heartache, life changes, and a global pandemic. She has moved with me across the province, and she’s truly a senior superstar.

I’ve never had a cat travel as well as she does. During a 15-hour drive, she did not meow once except when she needed a litter box break.

She now has two siblings—one sister from a rescue in Alberta, and her newest brother also from the BC SPCA.

Gaia has the personality of a monarch. She runs the house. She is truly the light of my and my fiancé’s lives.

So, while it may not have been my adoption story, I owe the happiness Gaia brings me to the BC SPCA.

Thank you, Brittany, for your willingness to bring Gaia into your home and for making her such a big part of your family. We know that your great grandmother and Gaia will forever be grateful to you for your kindness. It sounds like Gaia has truly found her new forever home and couldn’t be more pleased. 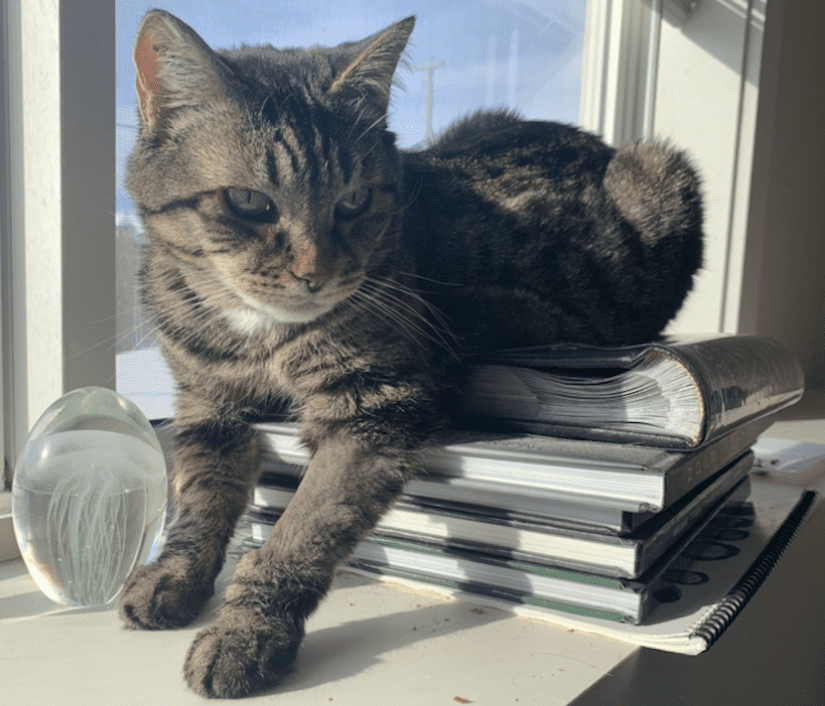 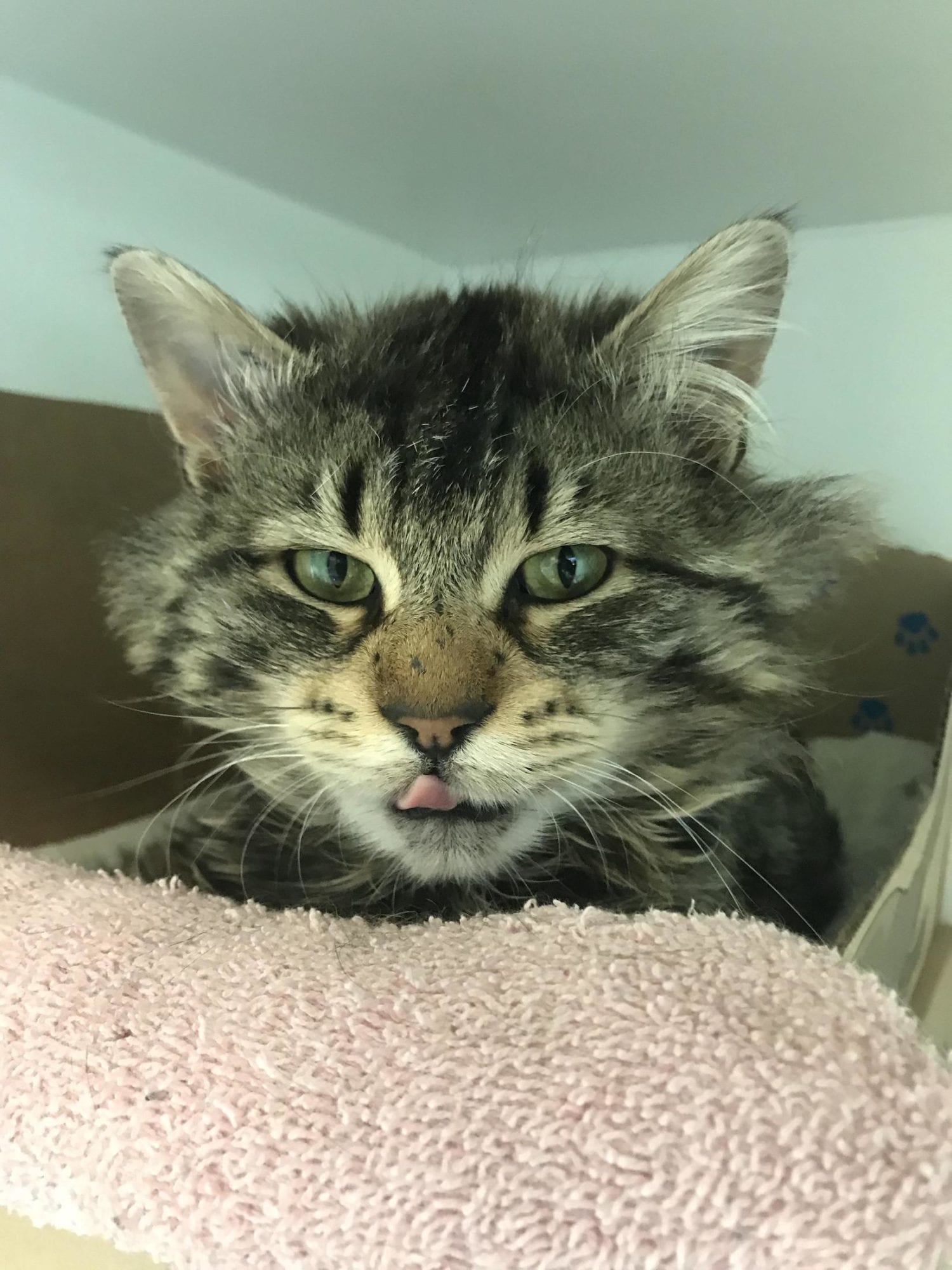 Andy, a very handsome two-year-old Maine Coon, first came to the BC SPCA Nanaimo & District Branch in July 2018 because he was too stressed in his previous home. It took a little while for us to uncover Andy’s genuine personality. We discovered he was adventurous, playful and a little goofy. Andy didn’t seem to …