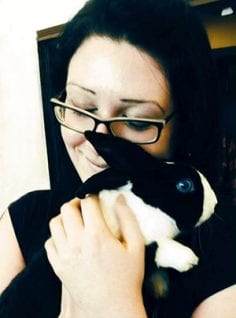 At the BC SPCA Vancouver Branch we quickly fell in love with cuddly Freddy. He loves his time ranging free and is very eager to earn treats. Freddy wasn’t with us long before he was adopted and taken to his new forever home. Freddy is now known as Motley, and his guardian has shared this update with us:

I found this beautiful boy living in the cat room at the BC SPCA because he wasn’t getting along with other rabbits. Freddy (now called Motley) had apparently been found by someone’s landlord who had moved out and just left him there.

I fell in love with Motley immediately and could think of nothing more I’d rather do than give this little guy a loving home and the attention he deserves. Motley is beautiful, sweet, incredibly intelligent and has more personality than I have ever seen in an animal.

He has become incredibly reliant on me. He is very expressive when I have a friend over that he does not want them there, he just wants all of my attention. He has free range of the house when I am home, though with supervision, as he’s been tearing apart the leather couch lately and getting into any bit of trouble he can find!

He loves getting kisses on the cheek and is always comfortable being carried around like the little prince that he is. He watches T.V. with me, cuddles with me in bed, and jumps up on my lap whenever I am sad and licks my face. Motley knows dozens of words and commands, and when he hears the treat bag open, he runs up on the couch and jumps up to his spot on it to wait for the treat. Whenever I bring his pen out in the backyard on a nice day he enjoys listening to the birds and greeting the neighborhood cats, hoping they will jump in and play with him.

He promptly wakes me up at 7 a.m. every day running circles around his playpen to let me know it’s morning and he’s hungry.

Motley is the love of my life. I would move Heaven and Earth for him. He brings me such joy every single day. He is six-years-old now but still just as active as a baby. Motley still has lots of daily binky’s where he jumps for joy and he runs back and forth across the living room for no apparent reason except that he is clearly the happiest bunny that ever lived.

Today is Motley’s three-year-adoption day, so I just wanted to send a quick update and thank the BC SPCA for giving me the best gift in the world: Motley’s love.

It’s fantastic to hear that Motley is doing so well. It sounds like the little prince has all the love in the world he could ever ask for. Thank you so much for making adoption your first choice and giving Motley a second chance at a happy and fulfilled life. 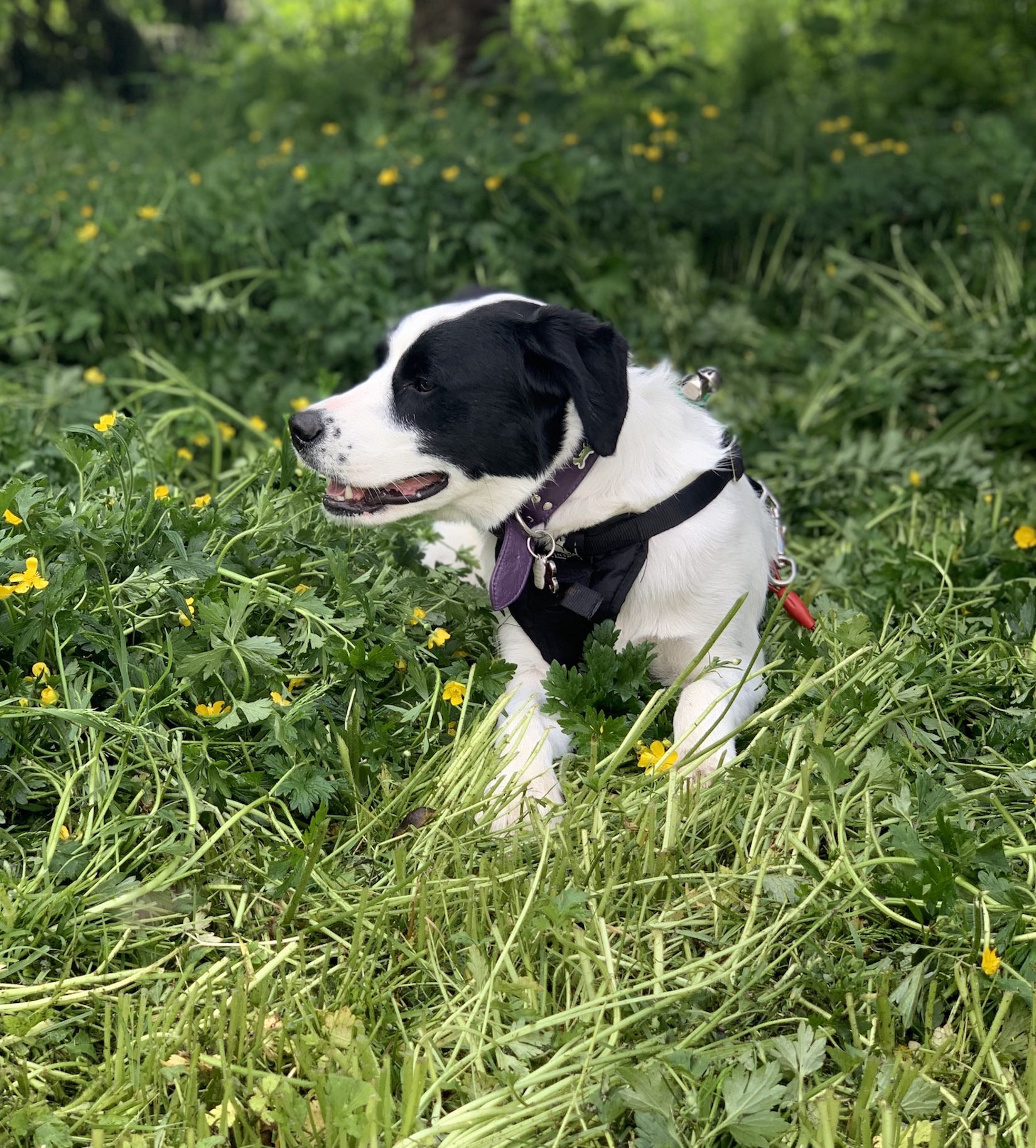