Espresso (aka Gypsy) - BC SPCA 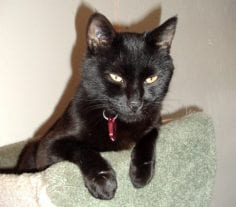 Espresso was about eight months old when she came under the care of the BC SPCA Trail Regional Branch in September 2009.

Espresso had a very mellow personality, preferring to relax and spend her days with ease. She liked to curl up in someone’s lap or lie on the windowsill where she could soak in some sun and have a nice view outside.

In March 2010, after being transferred to the BC SPCA Richmond Branch, Espresso was able to find a new guardian that suited her lovely personality. Her guardian wrote to let us know how well she has been settling into her new forever home: Thank you so much to the BCSPCA for allowing me to adopt one of the sweetest cats in the world. I was searching for a cat on the SPCA website about eight years ago now and then I saw this beautiful black cat named Espresso (now named Gypsy) and knew right away that she was the cat for me.

She was really quiet in the car and when we got home I opened the door to her carrier thinking that she would take her time to come out…and boy was I ever wrong. It’s like she knew that I was giving her a second chance at life because ever since that day, she has always been by my side.

I have had her for about eight years now and she is still going strong and acts like a kitten at times. Gypsy is also the best door-greeter around. She’s always sitting by the front door when I come home from work (sometimes I think she is just a small dog in disguise).

I still can’t thank you guys enough for allowing me to have this sweet and beautiful girl I named Gypsy. She even caught on to her new name right away.

That’s fantastic to see that Gypsy has been doing so well these past eight years, and how smitten you are with each other.

We also wanted to give you a special shout out for being one of our all-star adopters! Midnight and Pebble are two very lucky bunnies who also got to join your family as well. Thank you so much for always making adoption your first choice. 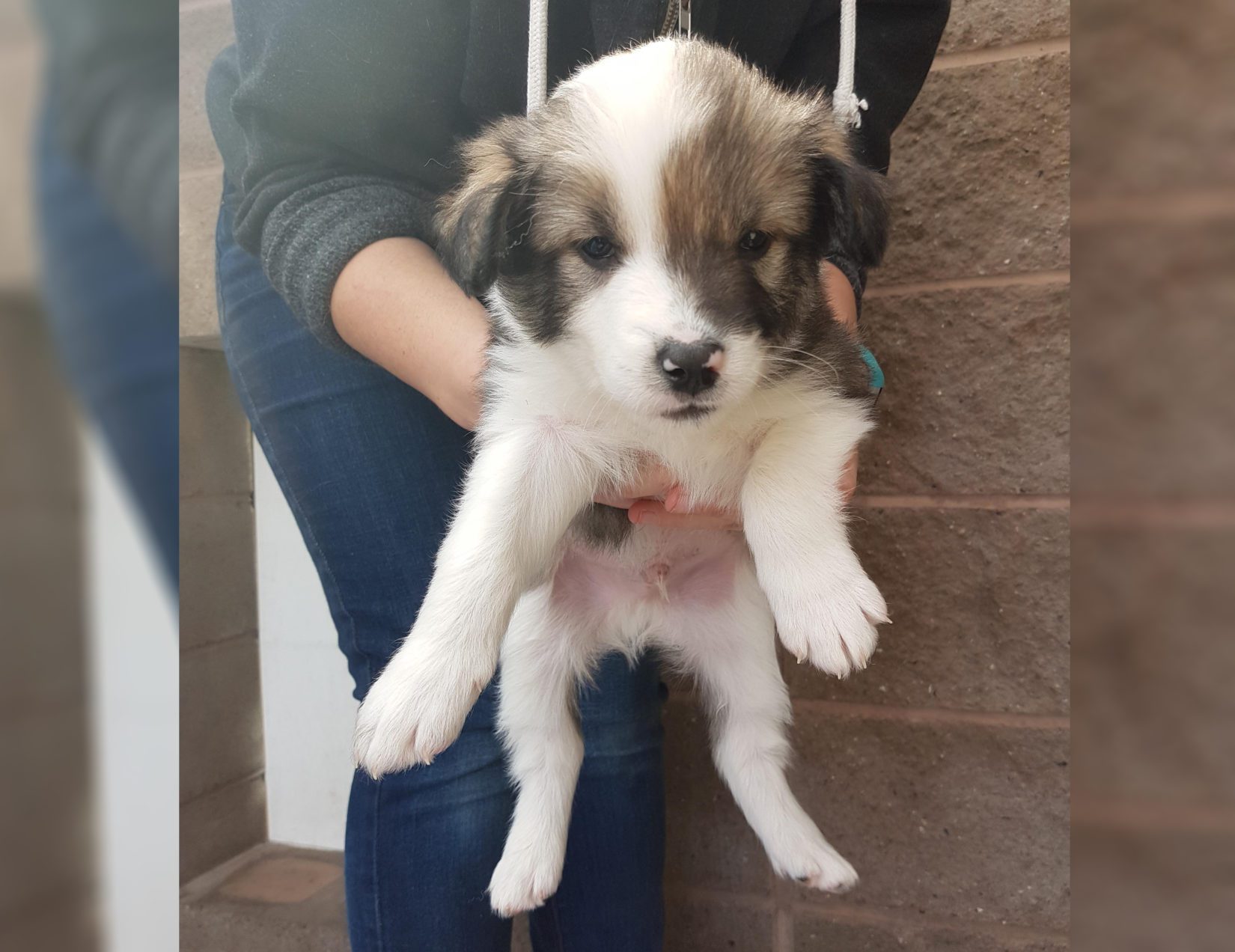 In early 2018, Judy knew she wanted to welcome a new dog into her life. Having recently lost her senior border collie, Judy was considering adopting an older dog, but that didn’t quite happen. In the spring, Judy met Jethro, a young American Eskimo border collie mix puppy at an adoption day held by the …