Bradley and Jake - BC SPCA 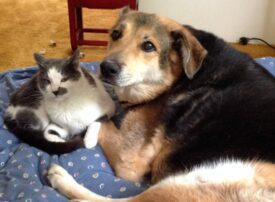 In 2005, a lifelong friendship began between a young dog named Bradley and a kitten named Jake. It was to be a friendship that weathered injury and illness and more than one close call.

Bradley and Jake were allowed this special bond because they shared a forever home with one very special family, who committed to them through thick and thin.

Read the beautiful story sent in by this lovely family:

We have had animals all our lives and loved them all, but Bradley and Jake were special.

Bradley was a shepherd Lab cross, adopted from the BC SPCA Surrey Education & Adoption Centre at 11 months. At the Centre, we knew instantly he was the right fit for us: very intelligent and gentle, but scared. We took him home early December 2003.

Our two teenage sons were noisy and at first Bradley would pee himself in fear when they came thundering down the stairs. He got over his fear quite quickly and with our love and attention began to settle in.

On Christmas Day he stole a turkey leg from the kitchen. We didn’t even realize he had done it until he started vomiting. It was unlikely he had ever had roast turkey before and the richness of it didn’t sit well with his stomach. We never scolded him for it, but it was a self-taught lesson; for the rest of his life he never stole food again.

He hated the mailman and growled ferociously at him. He would throw himself at the door when the mail came through the letterbox. He was the gentlest of souls, never showed any aggression toward anyone, except the mailman!

We tried everything, including asking the mailman to give him treats. It didn’t work and we suspect there was something in his early life with men. He had this hate all his life, but in every other respect he was the perfect dog.

He made us laugh when he would throw his toys across the room. His particular trait was to stamp his paw on the floor when he wanted a treat.

We adopted Jake, a kitten, from the BC SPCA Surrey Education & Adoption Centre in 2005. We brought him home at eight weeks old and he and Bradley became instant friends. 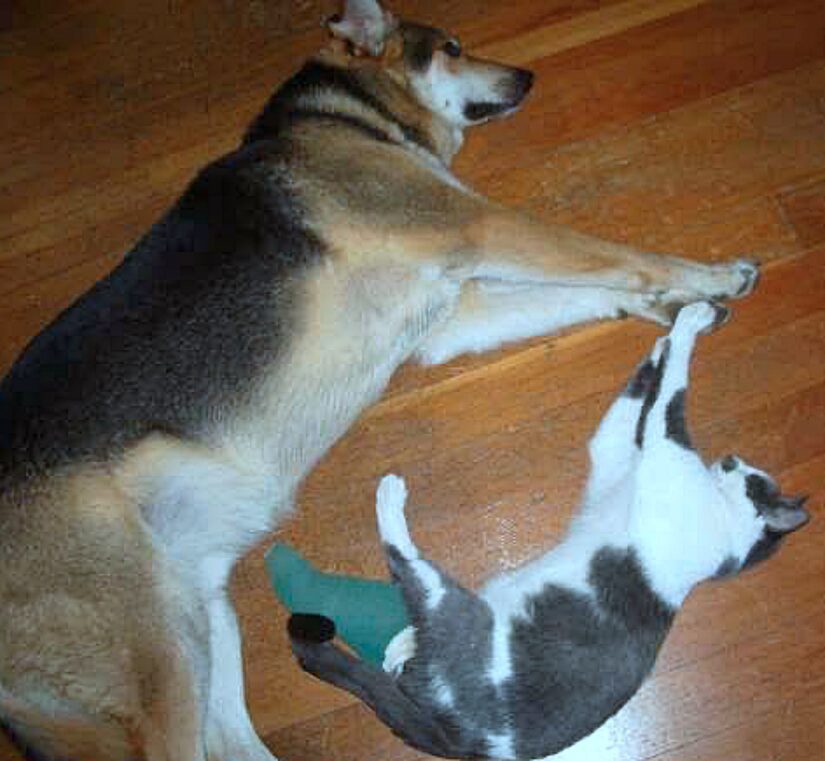 Jake would curl up inside Bradley’s legs and sleep all night. Jake broke his leg when he was nine months old and while that was healing, he ate some sewing thread. Nobody knew. He became quite ill and started vomiting continuously.

After several vet visits and Jake now dangerously ill, we ended up at Burnaby Critical Care Hospital. Through ultrasound, they discovered the thread and that it had anchored itself around the base of his tongue with the rest of it continuing through his stomach and intestines.

They operated and cut through many of his organs. He survived, and although it cost a fortune, it was worth it.

Jake was a real character. He would hide and jump out on Bradley. He would always sleep with him and not in his own bed. He would only drink from a running bath tap and would regularly climb our apple tree and get stuck. 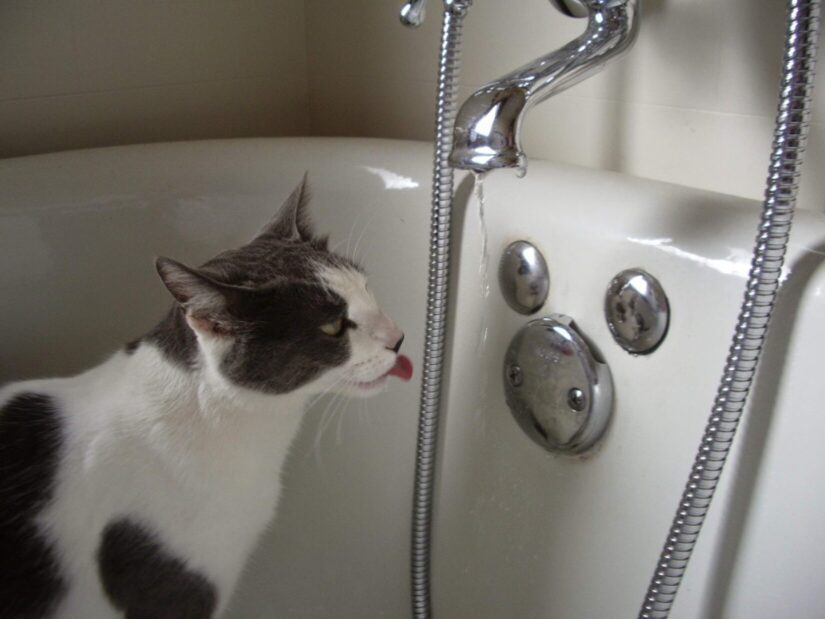 Bradley and Jake really cared for each other and could always be found together. They would both walk up our drive when we took Bradley for a walk. Upon our return, Jake would be sitting waiting and the two would run back to the house together.

When Bradley saved Jake’s life, we were amazed. A coyote was approaching sleeping Jake from behind. Bradley was returning from a walk and upon seeing the coyote he jumped over the astonished cat and chased the coyote away.

They lived very long, happy lives together and were wonderful companions.

Jake died first, when he was hit by a car. We buried him in our garden where he used to sunbathe. Bradley had a stroke 12 weeks later and was totally incapacitated. We made the difficult decision to euthanize him. He was 15.

We believe it was destined to be that way, because if Jake hadn’t died, he would have been extremely unhappy at losing the friend he had known since he was eight weeks old. They had a unique bond that we have never seen in any other cat-dog relationship.

Because of the heartache at losing our beloved companions we said we would never have another pet. That was 2017. However, time heals and we are now ready to open our hearts again and give a dog a chance at a better life and perhaps a cat, too. We are hoping to adopt soon.

I’m writing this because there have been ups and downs, financial issues with vet bills, time-consuming home-cooked special diets for sensitive stomachs, a cart to take Bradley to the park when his legs were failing. BUT, they brought immeasurable joy to our lives and our children – who are now young men and love animals dearly. They in turn will pass this to their children and so on. It’s a legacy and we need more of this to stop animal cruelty. 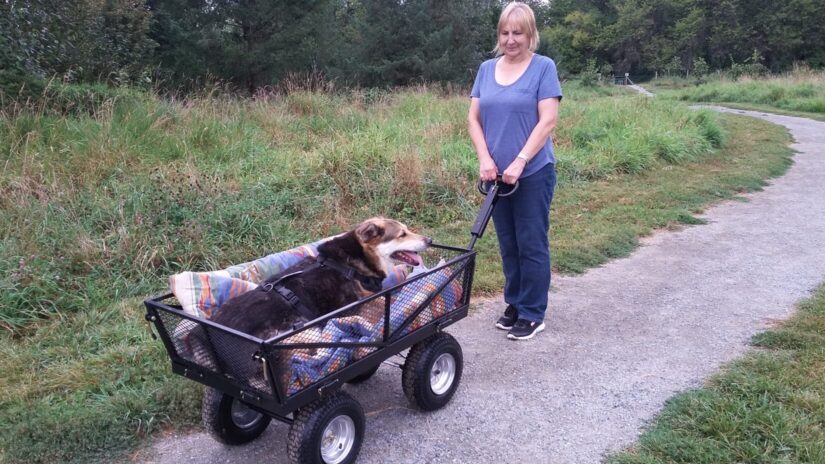 We have never regretted the money spent or time given in supporting our pets. They have enriched our lives and we are better people for having experienced their unconditional love.

We couldn’t have said it better. What a beautiful story of the bond between two animals and between those animals and their guardians. And a wonderful message about teaching the next generation about the joy of loving animals.

There really are few things in this life more worthwhile than experiencing the love, laughter and comfort companion animals so naturally bring to our days.

We thank you for making adoption your first option, and we hope to see you soon at one of our shelters. 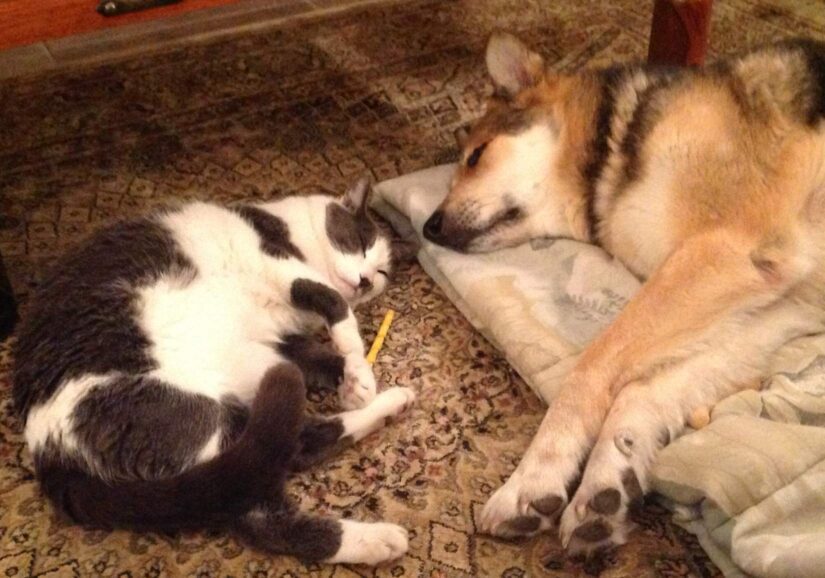 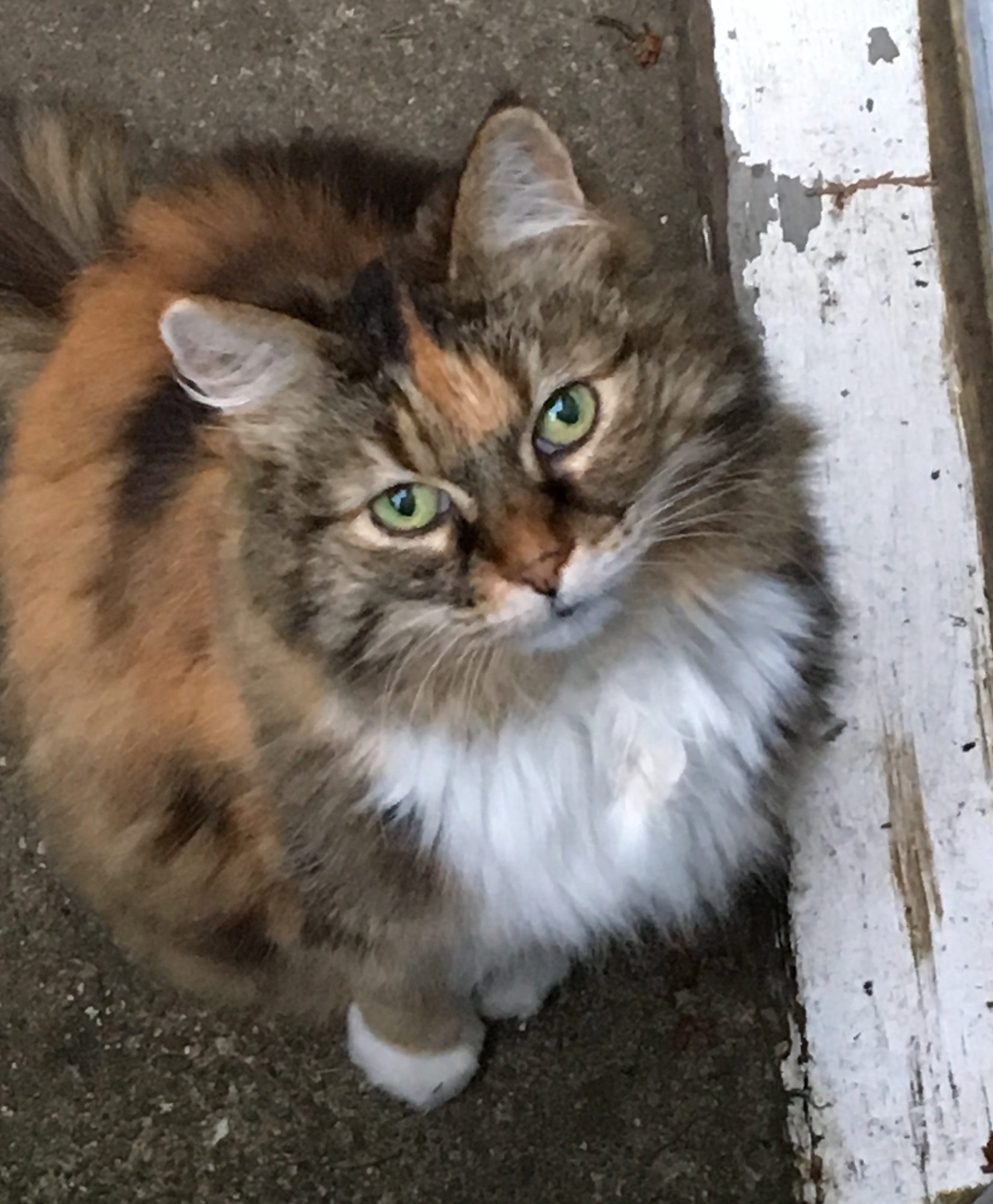 When adopting a feline companion, we must be acutely aware of how big an impact they will have on our lives. When Janet bonded with young Zoe in an unlikely way back in October 2001 at the BC SPCA Surrey Education & Adoption Centre, she soon discovered how important this tiny kitten would become. Janet …