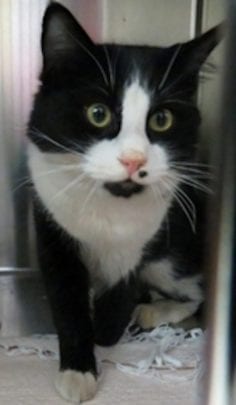 When Bear showed up as a three-year-old stray at the BC SPCA North Peace Branch on September 14, 2013, he had a lame left front leg. It was hanging limp and he was not using it.

He spent weeks of quiet rest in a foster home, to determine if he had nerve damage that would eventually resolve. When it didn’t, vets determined that the leg needed to be amputated.

But that didn’t dampen his spirits any, or make him a less wonderful feline companion. Someone had already fallen in love with him, and after his amputation and neutering, he went to his forever home on November 14, 2013.

His mom has sent us this update on his progress:

When I first adopted Bear he was three years old and had a bad paw and needed to have his leg amputated. I agreed to help pay for the operation as part of his adoption.

Bear has adapted so well and he doesn’t even notice he is missing a leg half the time. He has had a bladder problem so he needs to be on a special diet. Other than that he is a lovely seven-year-old who just wants to cuddle and play. 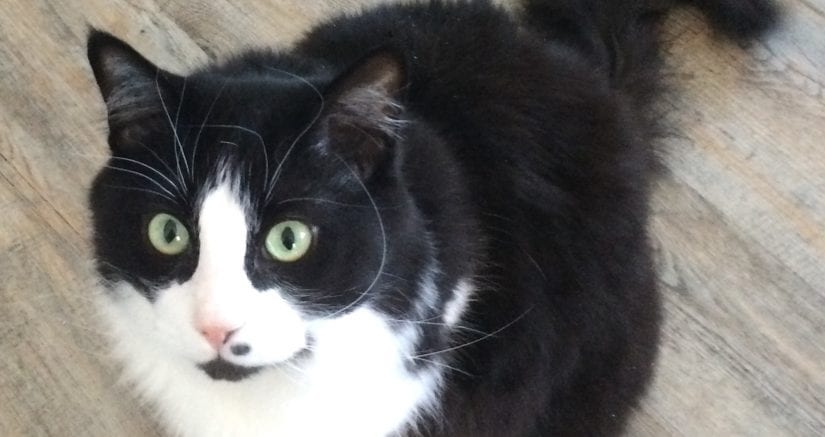 He has seen me through many struggles and has the ability to come find me and calm me down just when I need my baby.

Bear is truly an amazing cat and I’m so thankful to the BC SPCA for bringing me my baby.

It’s rewarding to hear so often that one of our companion animals is adding such value to their human companion’s life.

Because you chose to adopt, another animal with a rough start has landed on his feet. Thank you for adopting, for sponsoring his surgery and for taking such good care of him. May you enjoy many more healthy, loving years together. 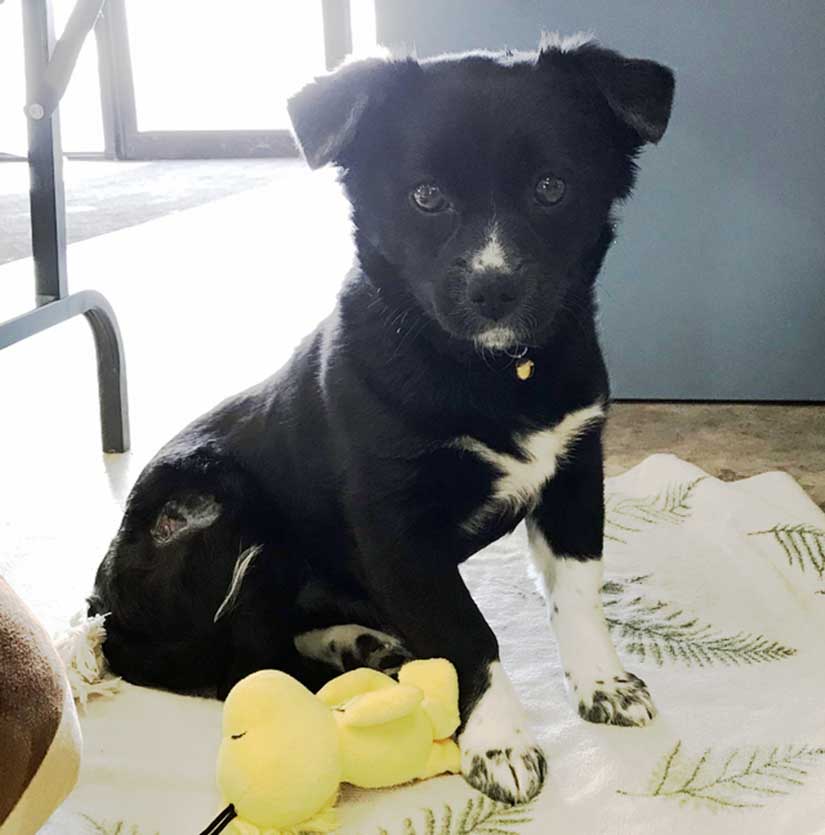 In April 2018, Frankie was found in bad shape north of Fort St. John. She came to us from the North Peace Vet Clinic, who identified that this sweet Chihuahua had a broken femur bone in her hind leg. The surgery to repair a broken femur bone has a long recovery period, but we believed …