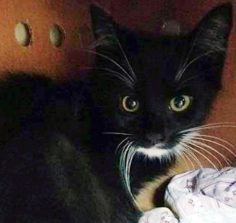 On September 8, 2017, four-week-old Apollo was transferred from Quesnel to the BC SPCA Tri-Cities Education & Adoption Centre Branch on the Drive for Lives program, along with his sister and mom, who was only a year old herself.

The three kitties were originally found abandoned in Quesnel. Living outside, they would likely not have had long or healthy lives and would have further contributed to BC’s serious pet overpopulation problem.

Instead, this little family was placed together with one of our loving foster families until they were ready to be vaccinated and spayed or neutered and  adopted. All three were adopted into separate families, within a few days of each other.

Here is an update from Apollo’s family:

Today is the one-year anniversary of adopting Apollo and there couldn’t be a better time to share how this fuzzy guy has impacted my life.

I love all animals, but I never considered myself a cat person until I got Apollo. I had been looking at kittens on the BC SPCA website for a while, never fully being able to take that leap and bring myself to commit a life-long devotion to the many felines I saw on the screen. Most of them were viable options and all of them were cute, but something always stopped me.

The minute I saw Apollo’s profile, everything fell into place. Instead of fearing the unexplored waters that was adopting a pet, I was terrified someone would scoop him up before I had the chance to adopt him. The staff at the BC SPCA Tri-Cities Education & Adoption Centre Branch were nothing but helpful and kind, even though I kept peppering them with incessant questions and requests for information.

Exactly a year ago, I hauled myself out to Coquitlam, getting there before the branch even opened, shaking with nerves and excitement.

When the staff led me inside the kitten room, there were two kittens nuzzled up and sleeping on one another, one kitten eating his/her food, and one kitten politely grooming himself.

Apollo was on the floor, chasing a feather. Even though that strengthened my resolve to take him home with me, it was important that he chose me too. The minute I walked in there, Apollo bounded over and started chewing on my shoelaces. There was no doubt he was coming home with me. 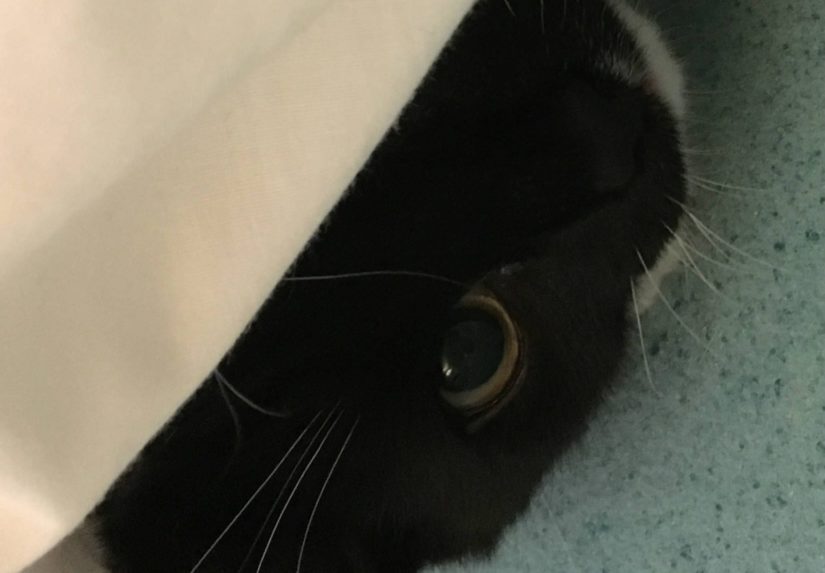 If Apollo had a voice, he’d be Salem from the 90s show Sabrina the Teenage Witch. He’s sharp as a tack, mischievous, and is staunch about his routines and what he likes. He looks like Sylvester from Looney Tunes and it’s not a stretch to imagine him plotting and drawing up detailed plans.

To my surprise, my Mom has bonded incredibly with Apollo. I think she was more nervous than I was to bring him home, but at some point in time after adopting him, she shed her nerves and now they are devoted companions. He sleeps on the foot of her bed, keeping watch over her and daring anyone to come in and wake her. She’s the one who spoils him and needless to say, he’s now on a diet.

Having Apollo as a kitten was not always a dream. He loved revving up at 2 a.m., crawling into places he shouldn’t have and constantly knocking things over, but I wouldn’t change it for anything.

The way he waits in the window for me to get home from work never stops melting my heart. He loves getting his coat brushed, his teeth not so much. He loves finding a single ray of sunlight to bask in, especially when he’s my nap buddy. He has a Pavlovian response to my morning alarm, jumping on me barely after its first ring, clamouring for food. 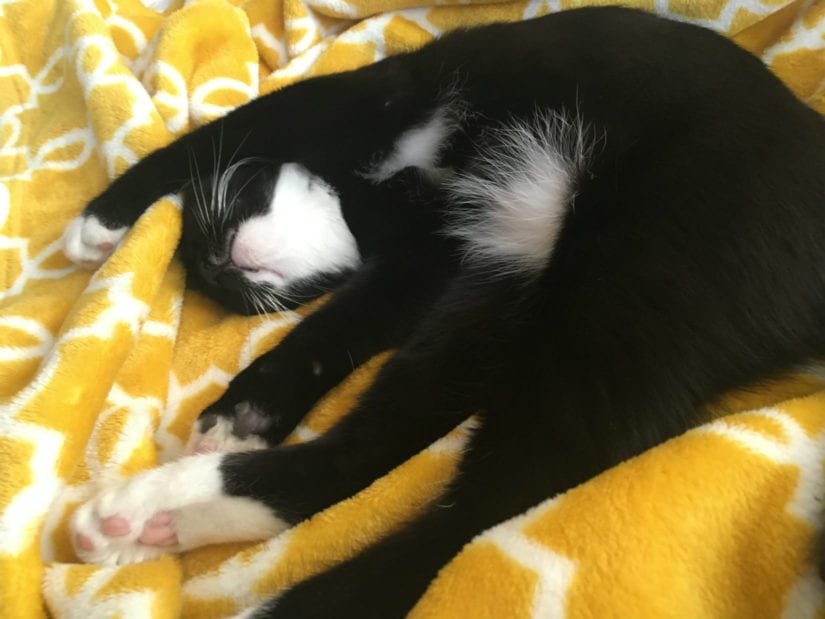 As I’m writing this, Apollo is doing one of his favourite activities, which is trying to bust through the bottom of a gift bag, like the scene from Alien when the thing bursts out of that guy’s chest. I’ll let him play with it until he achieves his goal, then we’ll have breakfast (cinnamon toast for me, cat gravy for him).

I’ll continue to be thankful for him, every single day, for bringing something into my life I never knew I needed in the first place.

Score one more for the power of the feline personality to win over not one, but two, new humans. This kooky little guy sounds like he has personality, in spades!

We at the BC SPCA, and of course, Apollo, thank you for taking the leap of faith in making adoption your first option. 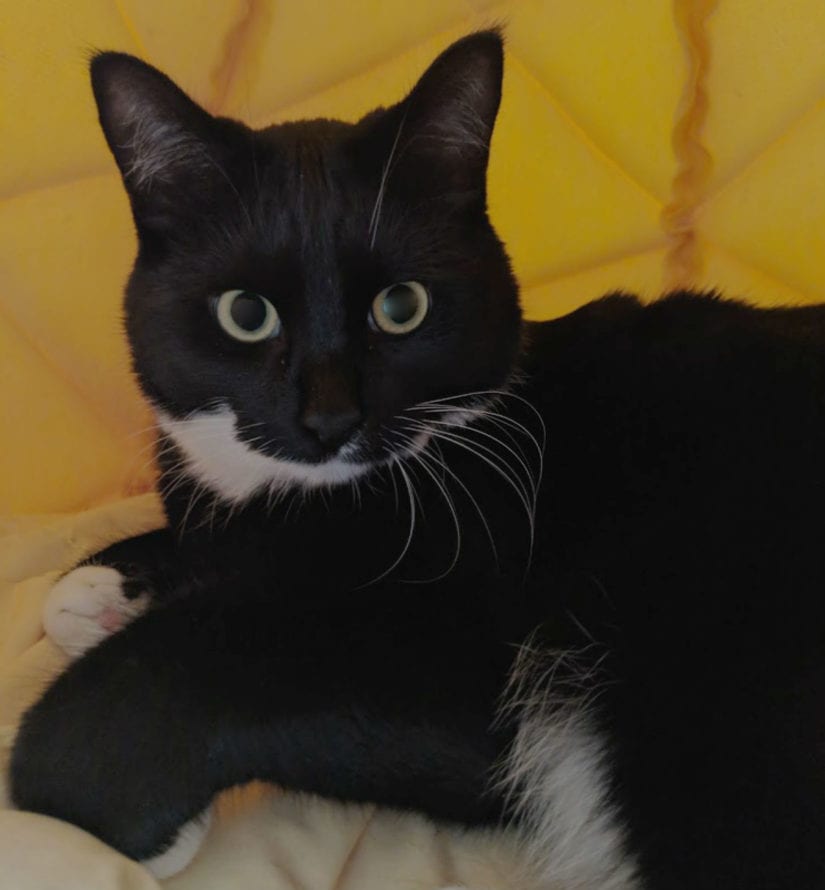 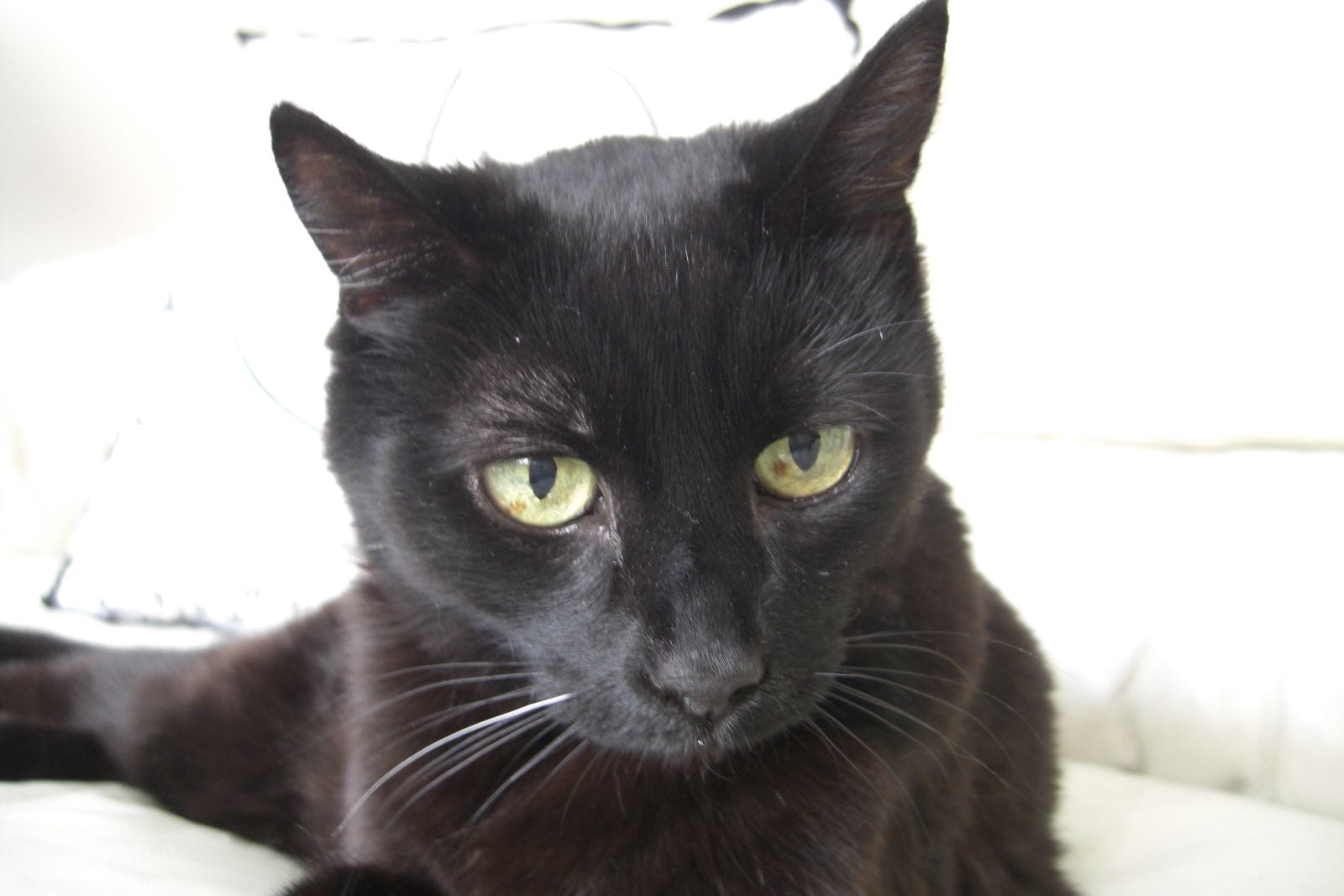 Molly arrived at the BC SPCA Abbotsford Branch in May 2017. This 13-year-old cutie was a mature kitty with a young heart and soul. About a week later, Molly was transferred to the BC SPCA Port Coquitlam Branch where we had a bit more time to get to know her. We found out she liked …