Rabbits and hares - BC SPCA

B.C. is home to five species of rabbits and hares. Active at dawn and dusk, these cautious herbivores are known for the rapid rate at which they run — and reproduce!

Rabbits and hares are important to our province’s ecology. They serve as key prey species for a variety of animals, including coyotes, bobcats, lynx, hawks, eagles, owls and rattlesnakes.

With their characteristic long ears, powerful back legs and fluffy tails, it can be tricky to tell rabbits and hares apart. Generally speaking, though, hares are larger and have longer ears and bigger hind feet than rabbits.

Other differences between them include their young. Rabbit babies, called kits or kittens, are born blind, deaf and naked, while baby hares, or leverets, are born fully furred with their eyes and ears open. Both gain independence at an early age, however. Roughly one month is all it takes for them to be weaned and ready to (mostly) go it alone — just in time for their mothers to give birth to a new litter.

A common sight in the Lower Mainland, Eastern cottontails first moved into B.C. from Washington, where they were introduced in the late 1920s. They were later introduced to Vancouver Island in the 1960s. They are small rabbits, weighing around a kilogram, with brownish bodies and white underbellies. 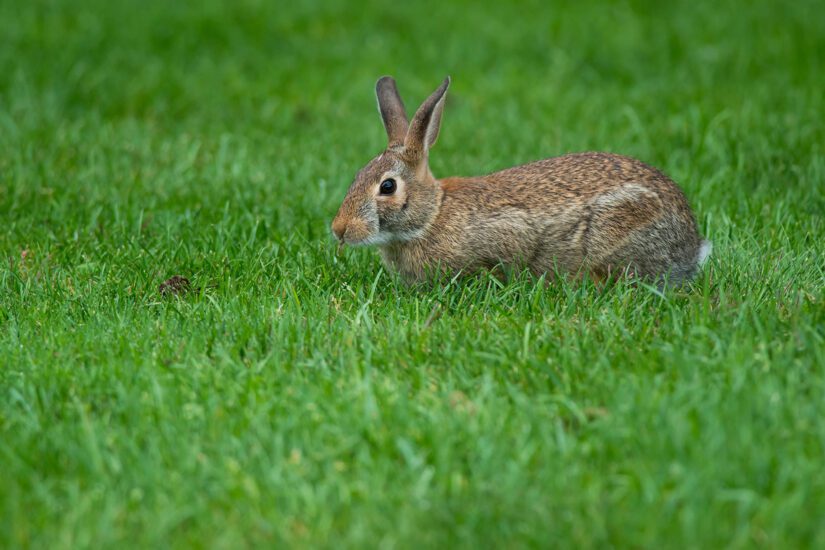 During breeding season, females dig a shallow nest and line it with fur and vegetation. People often stumble across these nests while gardening or mowing the lawn because the depressions are so shallow and difficult to spot. Because mothers return to nurse their young only once or twice a day, people often mistakenly assume the babies have been abandoned. 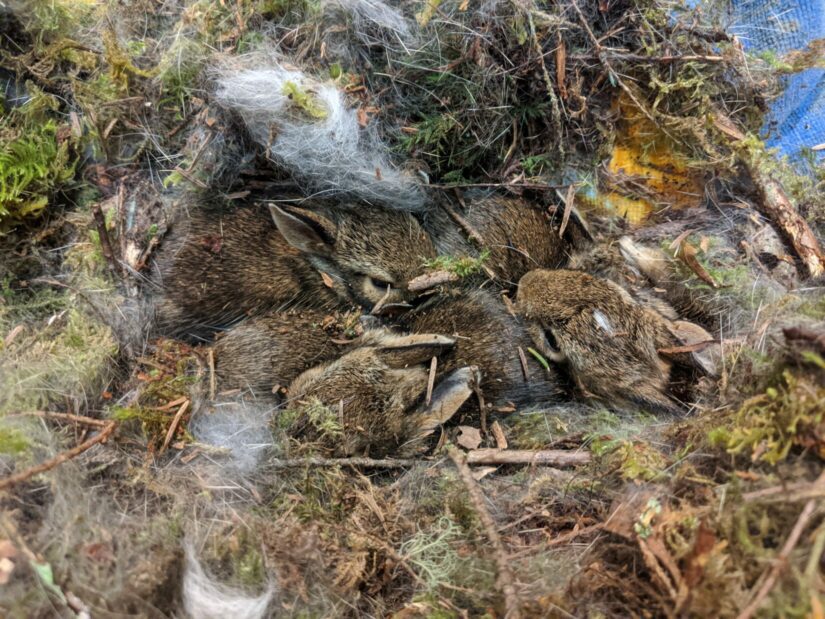 Sometimes confused for Eastern cottontails, European rabbits tend to have a heavier build. They also come in a variety of coat colours, including black, tan, grey, white and orange, and can be spotted or patchy. Find out more ways to tell the difference between these two species.

European rabbits are the same species as the rabbits who are kept as pets. Indeed, many found outdoors are former pets who sadly were abandoned by their owners. 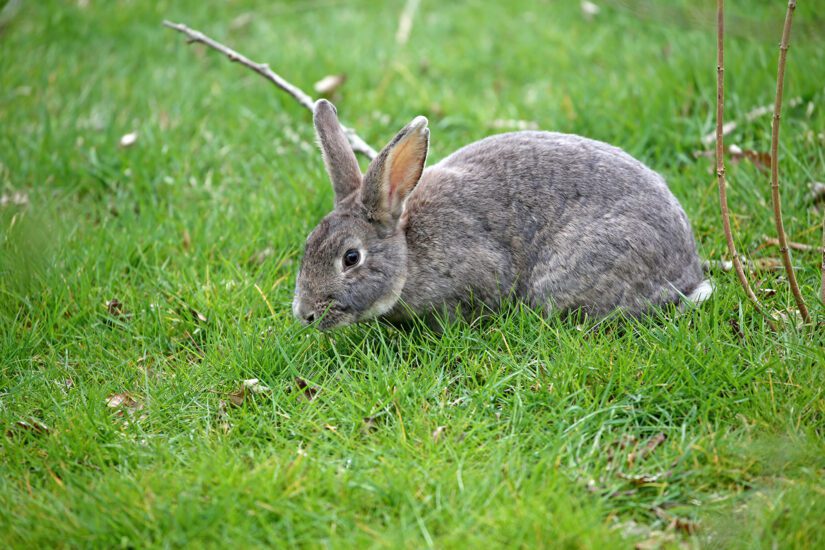 Like the Eastern cottontail, European rabbits have been introduced to the landscape. While their distribution is not well documented, they are found on Vancouver Island and throughout the Lower Mainland. As highly social animals, colonies may be made up of individuals who were born in the wild, along with newly abandoned pets. Once abandoned, the provincial government considers them wildlife and they are termed ‘feral’. The BC SPCA, however, still considers them domestic animals. Learn more about our position on feral rabbits.

Unlike Eastern cottontails, European rabbits are prolific burrowers and can damage lawns and other green spaces. Read our best practice sheet (PDF) on how to handle problems with rabbits. 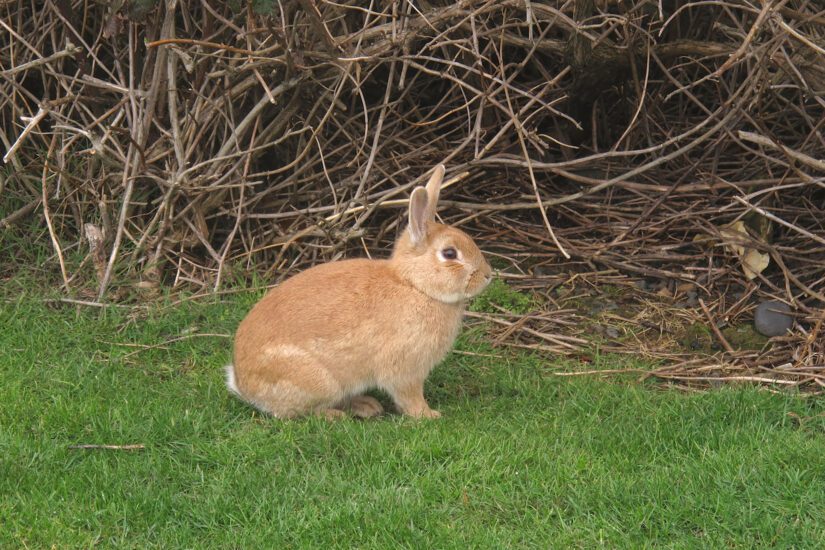 Snowshoe hares are found throughout B.C. except on the coastal islands. They are well known for their large snowshoe-like hind feet and their changing coat colours to camouflage with the seasons: brown in the summer and white in the winter. Snowshoe hares in the Fraser River valley, however, tend not to get a white winter coat. They are thought to perhaps be a separate subspecies. 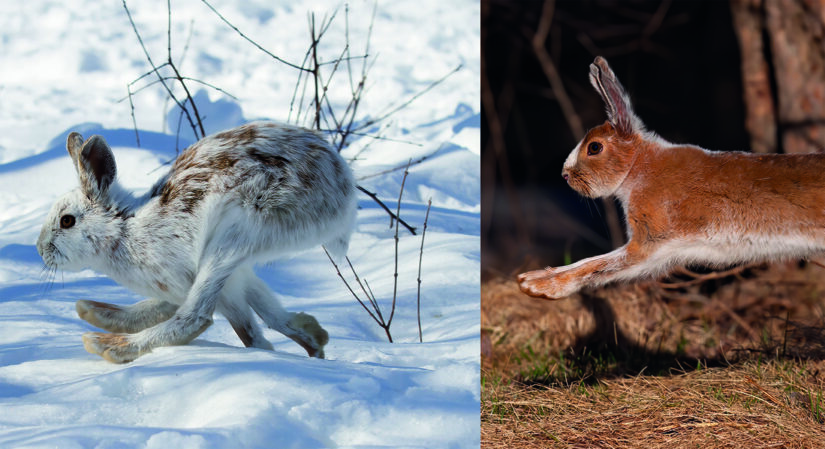 Nuttall’s (or mountain) cottontails are a much rarer sight in B.C., occurring only in the southern Okanagan and Similkameen valleys, where a unique subspecies was first recorded in 1939. They are similar in size and appearance to Eastern cottontails, weighing around a kilogram and having greyish-brown bodies and white underbellies.

Given their limited range and the ongoing threat from habitat loss in the region, B.C.’s Nuttall’s cottontails are considered an animal of special concern. 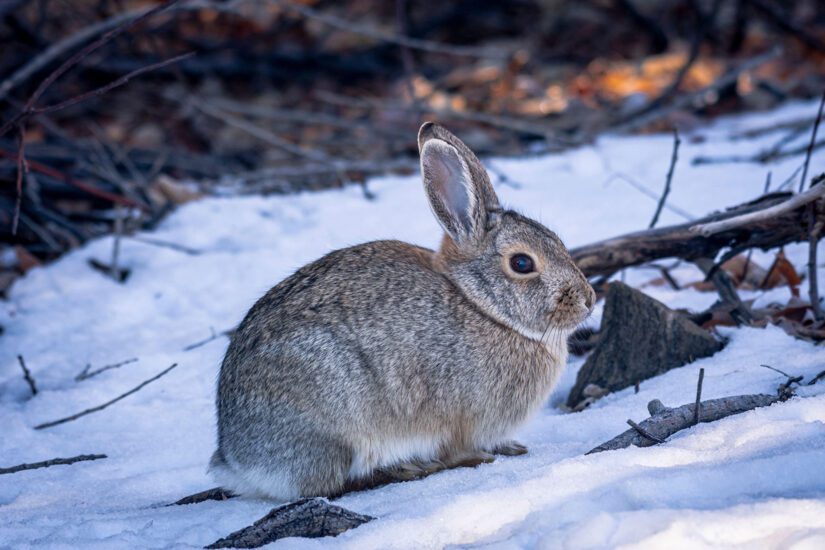 Rather counterintuitively, white-tailed jackrabbits are not actually rabbits but hares. While their bodies are greyish-brown and their underbellies are white like a cottontail, their huge ears give them away. Like the snowshoe hare, they turn mostly white in the winter, save for a greyish forehead and black ear tips.

Once found in the Okanagan, white-tailed jackrabbits are thought to be extirpated. The last sighting of one occurred in the 1980s. 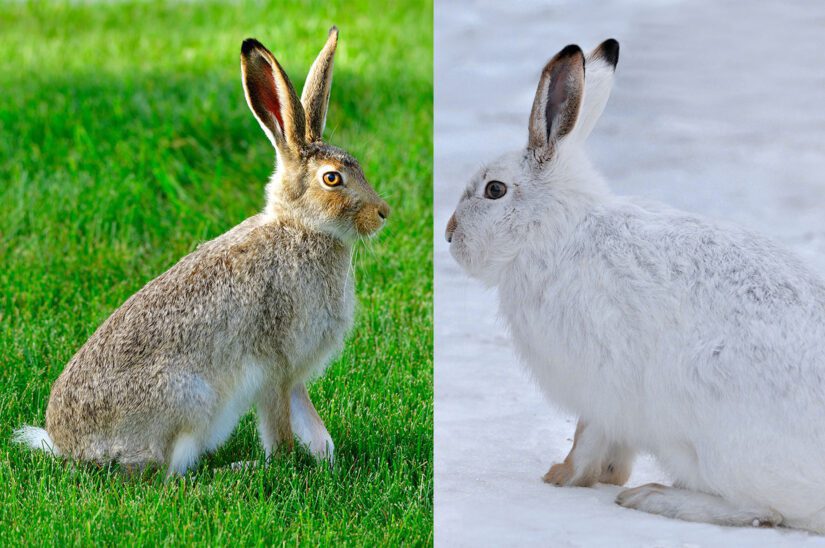 Just as with other wildlife, conflicts can arise when people and rabbits live in close proximity, as they do in many urban areas throughout the province. Here are some ways you can help rabbits and prevent problems:

For more ways to handle conflicts with rabbits, read our best practice sheet for rabbits (PDF).