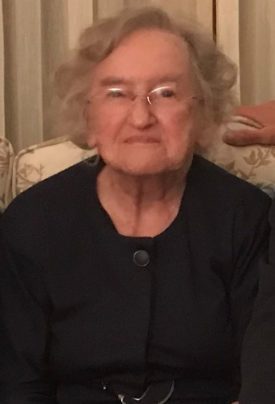 Shirley was always known as a tomboy. As a child, she loved to ride her bike fast, and roughhouse with the local neighborhood kids. In her youth, she grew up on a farm in Cloverdale, and loved being around the horses, cows and chickens. She enjoyed riding around the farm with her own horse, Ted, and helping out around the home wherever she could. Often, Ted and Shirley would ride around until they found a quiet spot, where Shirley would dismount and read a book, sitting close to Ted for shade.

After school, Shirley worked at Eaton’s department store in Winnipeg, where she was responsible for sending dress material to Western stores in Canada. This experience was one of the best in her life. Shirley loved working at the store, and continued to talk about it on a very regular basis.

Shirley was a philanthropist, who supported multiple charities for many years. Animals especially benefitted from her generous giving.

Shirley was always surrounded by animals, including her American Bulldog, Buster, and beagle, Tippy. Ever since the age of two, Shirley played with them for hours in the front yard of her home. When she married Lawrence Helmer in 1948, Tippy even came along on the honeymoon.

In 1950, the couple moved to New Westminster, and later relocated to Victoria in 1979. Shirley had a wonderful life there, always volunteering for her church and community. Her last cat, Penny, was a rescue, who outlived Shirley. She misses Shirley very much, but continues to be very loved at her new home with Shirley’s son David and his family.

Shirley was very happy to include the BCSPCA as part of her will. Her final days were spent feeding the birds and squirrels that came to her back door.

Thank you, Shirley, for your incredible kindness to the animals. We and the animals are so grateful for your wonderful compassion.