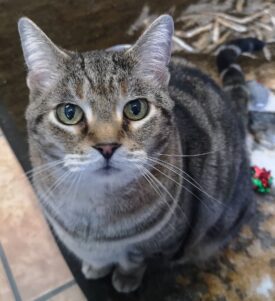 At 11 years old, Roy (previously Dime) found himself at the BC SPCA Kelowna Community Animal Centre for the second time in his life.

With his sweet handsome face and charming personality, we knew it wouldn’t be long before Roy’s forever guardian scooped him up.

Sure enough, in March 2021, Mercedes came along and fell head over heels for Roy. Even though he was shy at first, Mercedes was committed to making him as comfortable as possible.

A year later, Mercedes has shared their story with us:

“We adopted Dime back in March of last year. He was originally part of a bonded pair with Lil Guy from at the BC SPCA Kelowna Community Animal Centre. Unfortunately, Lil Guy passed away before we could adopt him, but we still took Dime home.

Since then, Dime has been renamed Roy and he has completely come out of his shell. While he gladly receives pets from anyone he meets, he prefers my mother more than anyone or anything in the world.

Roy’s favourite pastimes now include sitting out on the veranda, laying in the sun and being held like a baby. We were also able to help him lose a bit of his extra weight and get him into a healthy and happy weight range. 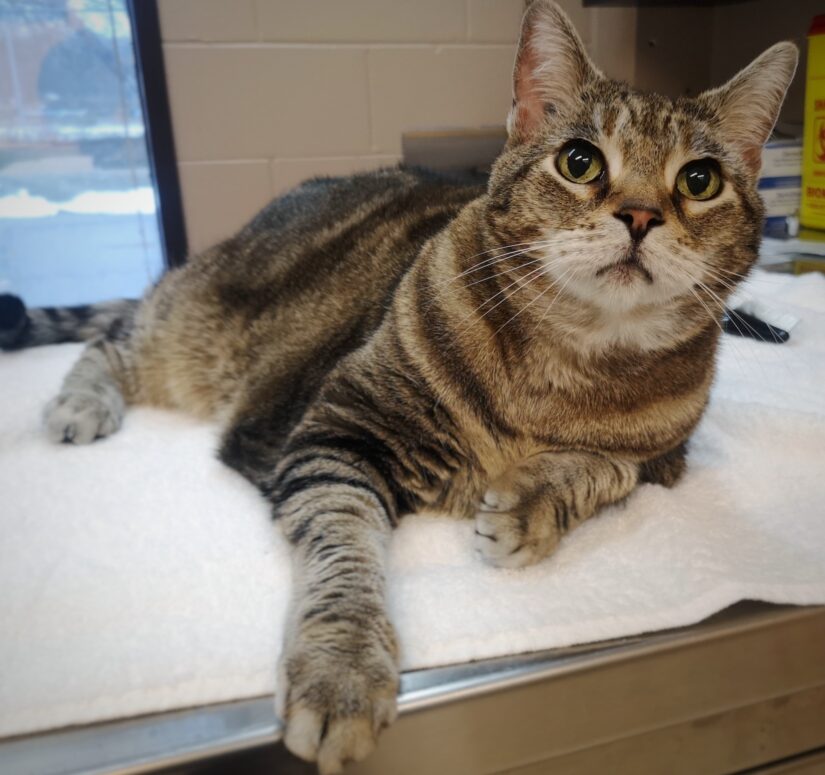 Roy likes pawing at us for extra pets and loves to be carried around the house everywhere. He raises his arms in the air to tell us to pick him up, and he has the cutest raspy meow.

He also likes sitting on the back of the couch to watch over the family on movie nights. Roy is a huge cuddle bug, living his senior years in style with my family who loves him to pieces.”

Thank you to you and your family, Mercedes, for choosing adoption as your first option. It really sounds like Roy is living his best life in his retirement with you all. It warms our hearts to hear how attached he has become to your mother. Thank you for giving him the endless love and affection he wants and deserves. Roy has found his true forever home with you. 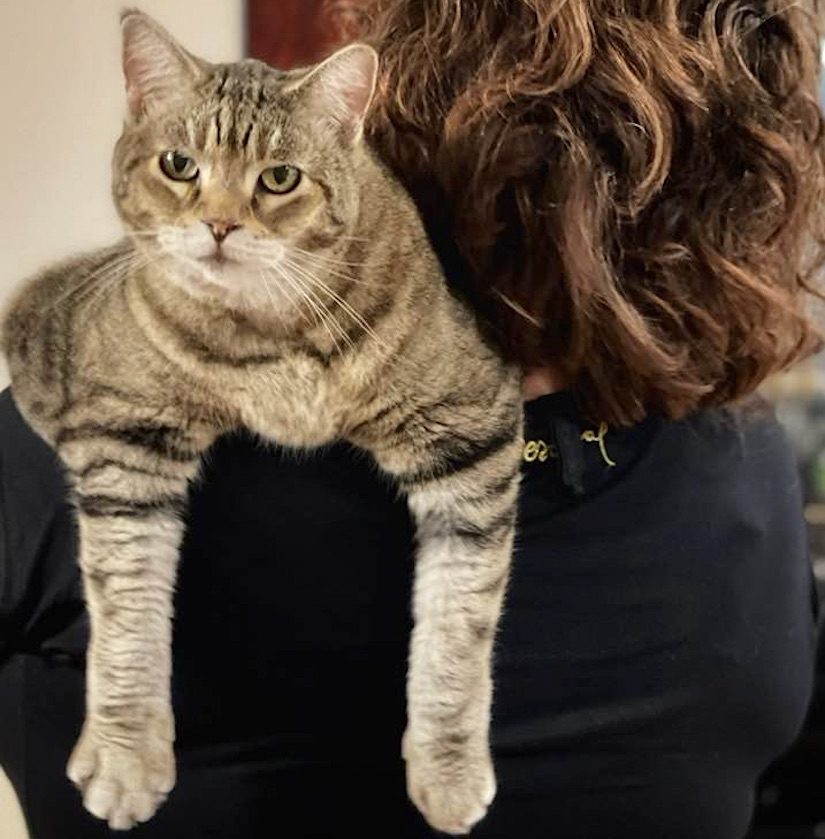 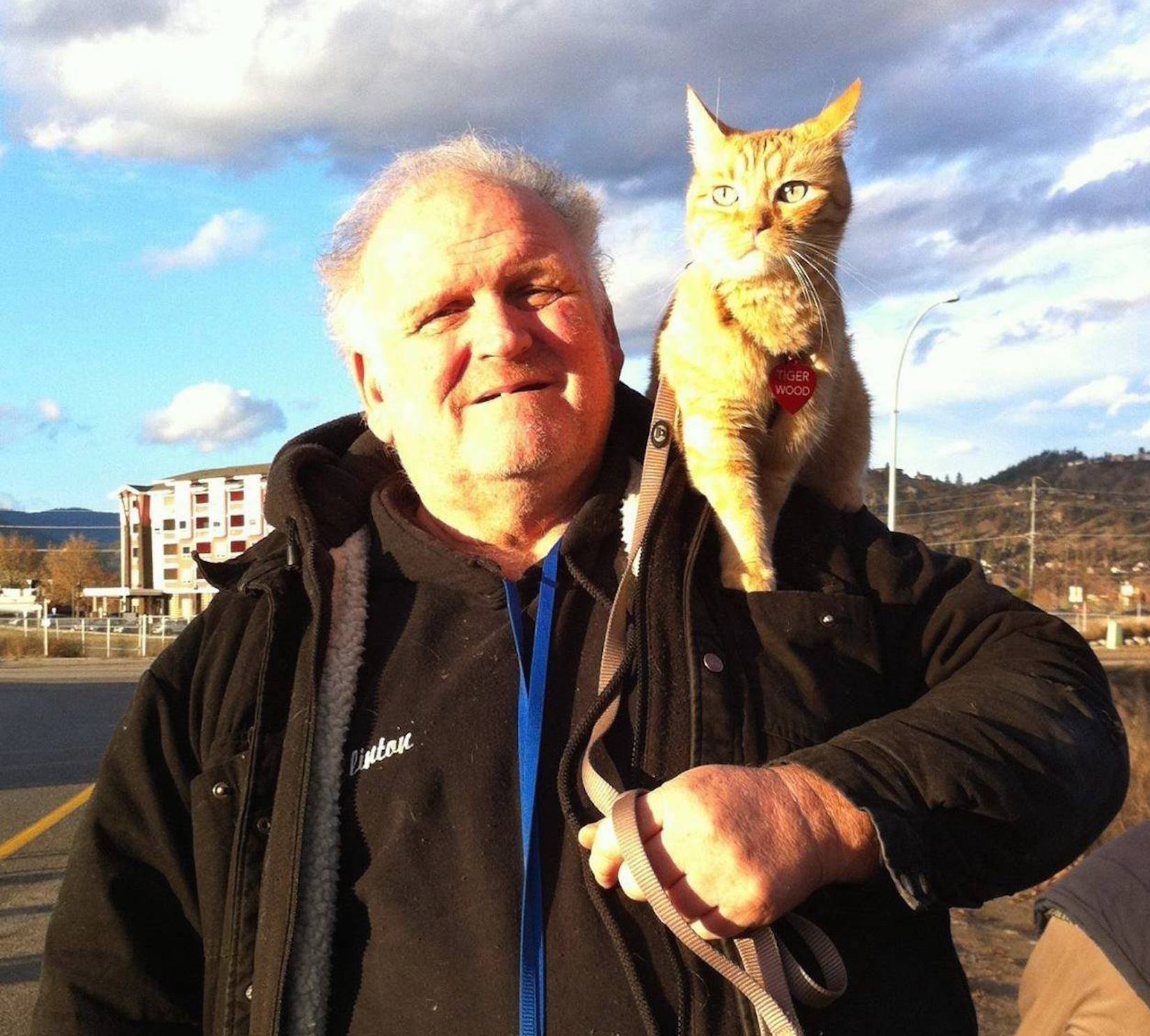 For many of us, our animals make our lives whole. We cannot imagine our day-to-day lives without our furry companions by our side. Sometimes it is our other pets who inspire us to keep going as we experience loss. For Clinton and his twin brother Orison, their cats are everything. Clinton truly had his partner …