Mr. Bond and Jinx - BC SPCA 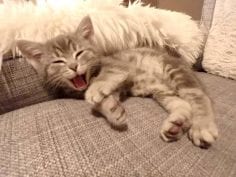 Sometimes we love the first cat we adopt so much that we just know adopting another will make life twice as nice. This was true for Danielle and her husband, who adopted their two cats from the BC SPCA Vernon & District Branch only one year apart.

Both Mr. Bond and Jinx immediately caught Danielle’s attention when they were in the shelter and, upon bringing them home, these two cats have totally stolen their forever family’s hearts.

When we came into the BC SPCA Vernon & District Branch in 2016, there was a litter of kittens still feeding from Mama. Mr. Bond was doing somersaults over the other kittens trying to fit between them to feed. We called him The Hungry One until we decided to call him Mr. Bond.

Mr. Bond is graceful, mellow, very timid and hides behind me when a noise scares him. He likes a lot of attention on his own terms and appreciates his space.

Activating his purrs is a breeze—I pick him up and he buries his face in my hair and that’s his happy place. In fact, that is where he sleeps every night.

When we came into the shelter again in 2017 there were so many sweet kittens and I thought we would never be able to choose one.

Luckily, Jinx chose us. She was climbing us frantically to rub our faces and when we put her back in the kennel to meet other kittens, she would climb the bars and cry her high-pitched little mew, demanding that we pick her back up. 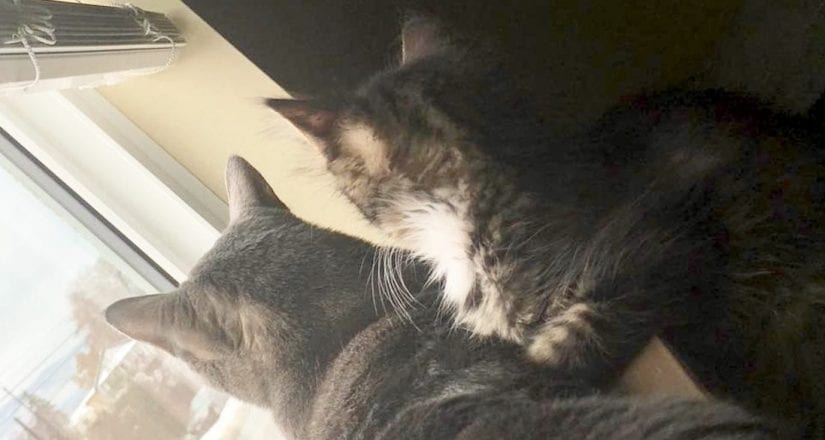 Jinx is the polar opposite of Mr. Bond! Jinx is vibrant, excitable and very energetic. She climbs us, takes off like a bullet and has the least graceful pounce that I have ever seen. She almost never makes the mark but is always makes us laugh when she tries.

Jinx is also a total lap cat. She loves to be around her family. Wherever we are, you’ll find Jinx.

When we introduced them to each other, Jinx was not even fazed. She was ready to be friends and was completely fearless. Mr. Bond was terrified of her. They got off to a slow start but now they do everything together and are very happy.

Thank you for everything that you do for the animals in our community. I can’t imagine our family without our kitties.

Thank you, Danielle, for making adoption your first option not just once, but twice! It is clear that Mr. Bond and Jinx are overjoyed to be considered part of your family. 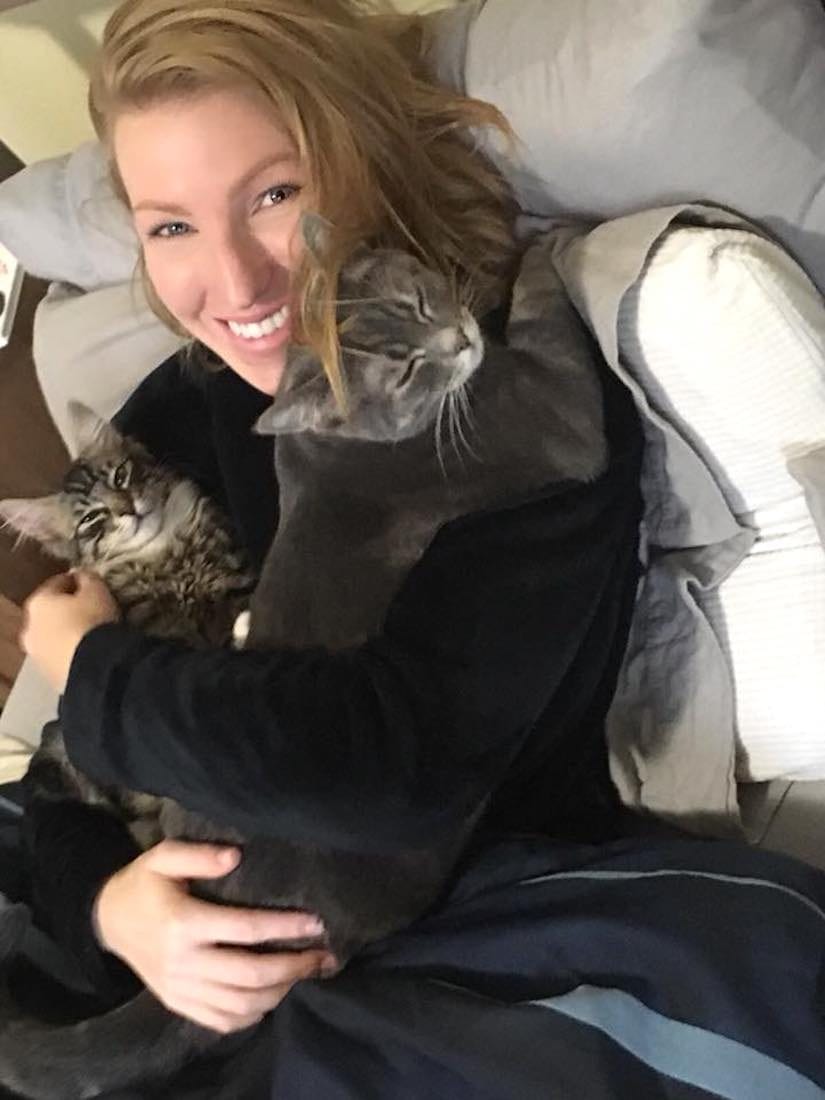 This handsome, wolf grey Husky mix toured a good bit of the BC Interior before he found his perfect match. Anyone taking one look at him can see why he’d have had so many admirers who wanted him in their lives. But each time he went to a new home, his owners ended up bringing …