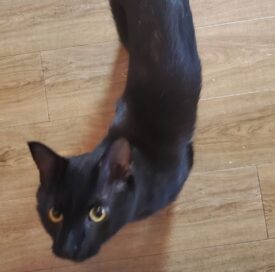 Just when we think we’re the ones who choose our pets, it’s really them choosing us.

When Grimalkin came in as a stray in February 2022, he was quite injured. We didn’t know much of his history other than what his wounds told us. He wasn’t having an easy life out there.

We wanted to make sure Grimalkin had a second chance at life. He deserved only the best.

A month after Grimalkin’s initial intake, Jonathan came across his profile on our website for the BC SPCA Kelowna Community Animal Centre. Jonathan trusted his gut—Grimalkin was meant to be with him.

A couple months on, we have received an update from Jonathan on his life with Grimalkin and the pair couldn’t be happier:

“You know how people say about adopting pets, ‘I knew they were the one when I saw their picture?’

I went from opening the local BC SPCA’s adoption page to look at young adult cats to submitting an application to adopt this beautiful big boy within an hour.

Grimalkin looked pretty beat up, like he had been through some real wars in the picture on his profile—but hey, haven’t we all over the last few years?

I didn’t expect to be approved to adopt him so quickly. I had to scramble to a pet store that night to get everything he needed so I could bring him home the next day. After I brought Grimalkin home, I let him explore things at his pace.

Within four days he was already up on my lap while I was at my computer. He is easily the most affectionate cat I’ve ever met. He fits into my life so naturally that it feels like he has always been there. 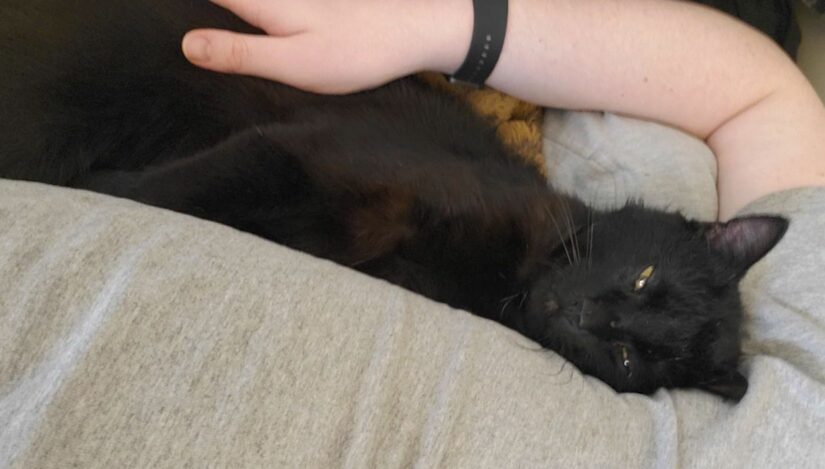 I grew up with a lot of cats so I know their temperaments can really vary. With Grimalkin coming into the BC SPCA as a stray, it amazed me how quickly he opened up.

I found with the cats I had growing up that if they were adopted out of a bad situation, they would pay you back with love a thousand times over. They would genuinely appreciate you for giving them a good home if things used to be pretty lean and tough for them.

They have long memories, desires and needs. If you’re respectful during the introduction phase, you’re going to be very thankful they found you.

Grimalkin has really integrated into my life like he has always been here. I feel like I’ve been waking up to his little trills and chirps for years. 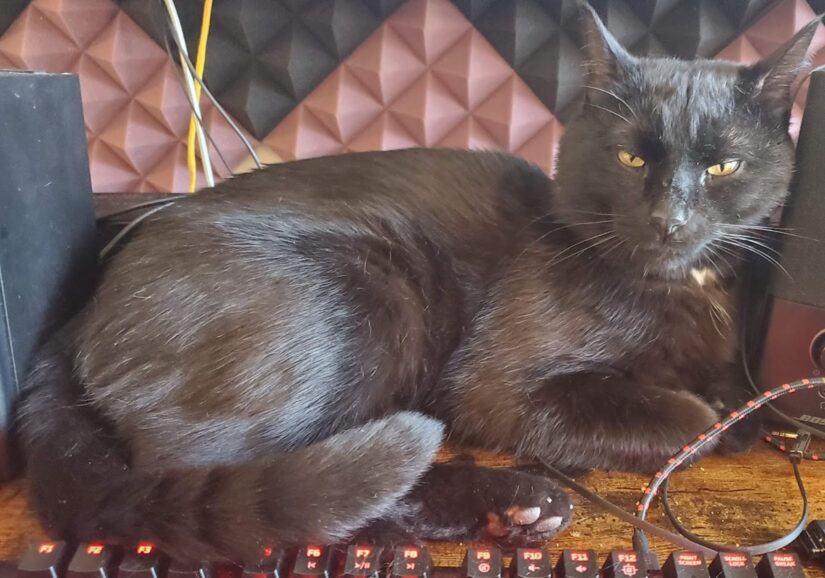 I’m so grateful that all of you at the BC SPCA see the value in every animal regardless of their circumstances or condition. Even though Grimalkin’s history is unknown, it’s just so obvious how much he appreciates me for providing a warm, dry home with food and a water fountain.

The adoration in his eyes is something else. Thank you so much. He’s an amazing cat.”

Thank you, Jonathan, for choosing adoption as your first option. We love to hear that you and Grimalkin have developed such a fast and furious bond. It sounds like he truly chose you as his person once he felt safe in his new environment with you. We can tell just how much Grimalkin appreciates you, your thoughtfulness and affection. We wish you many more happy years together, building your connection even stronger. 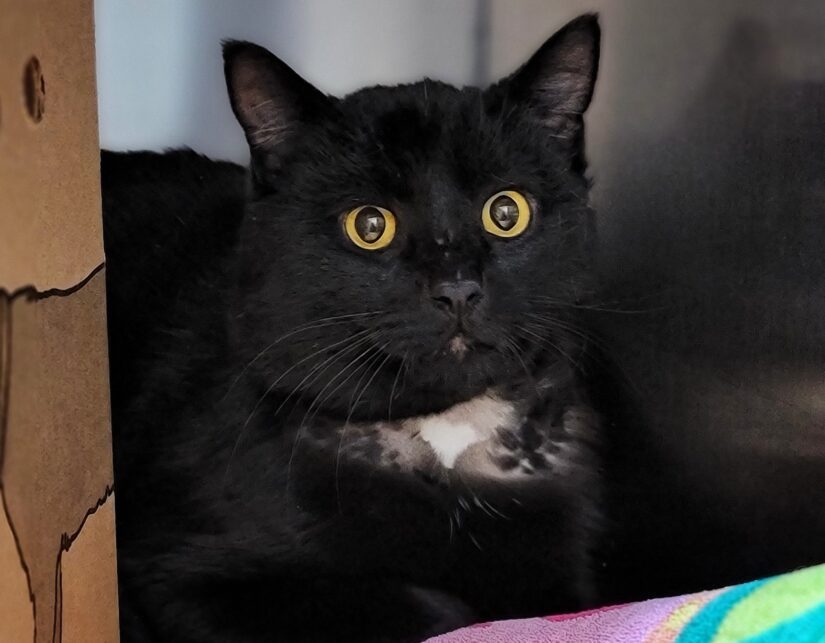 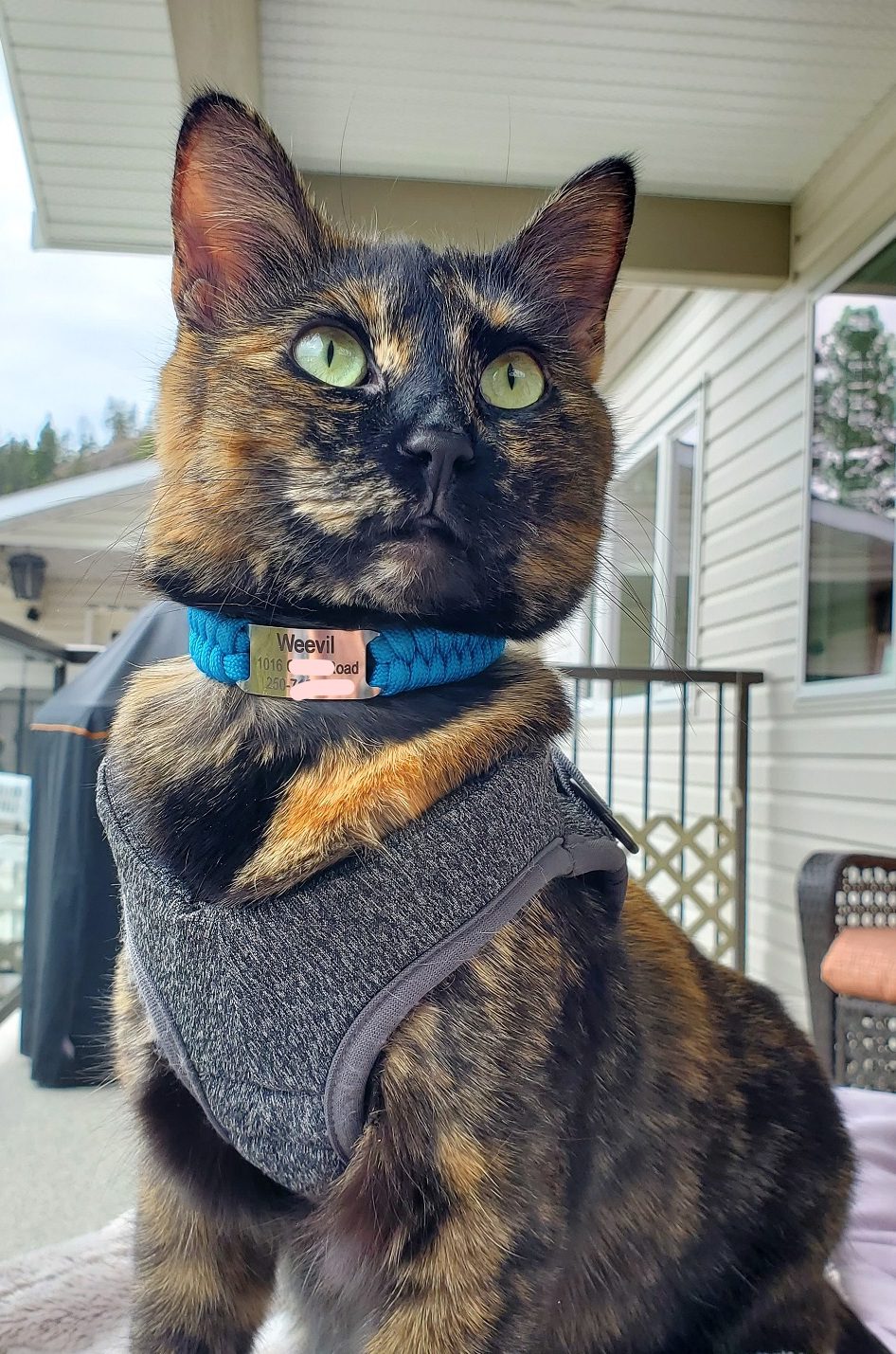 Just six months old in August 2019, Weevil was surrendered to the BC SPCA Kelowna Branch because she made herself known as a notorious escape artist. Several days later, Tina came into the shelter to adopt a new feline friend. Aware of Weevil’s history, Tina was determined to make her the happiest kitty she could …