Ten malamute/husky cross dogs are safe in BC SPCA care in Prince George after being rescued by SPCA animal protection officers from a remote property three hours north of Fort St. John. The dogs were left on the property without food or water after their guardian became hospitalized.

“Thankfully, we were alerted to the situation and our officers were able to reach the property to provide food and water and to do an initial health inspection on the dogs,” says Eileen Drever, senior officer, protection and stakeholder relations for the BC SPCA. “Access to the property is about 150 metres from a main road and the dogs were kept tethered outdoors further in on the property,” she says. “When the dogs saw our officers approaching they began barking frantically – they were so excited to see people.” 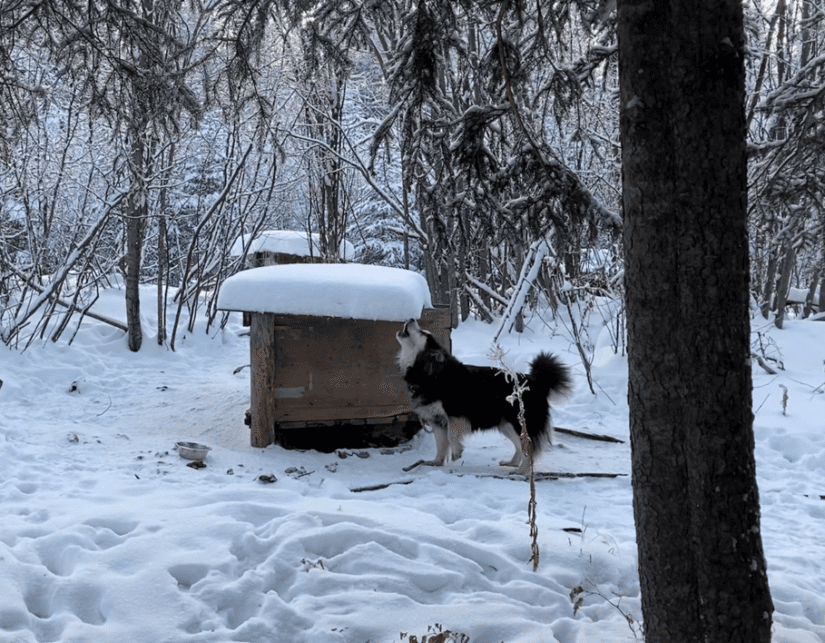 The SPCA officers provided food and water for the dogs and checked each one over for any immediate health concerns. “The dogs ate voraciously – once they had been fed, they were very happy and friendly.”

The BC SPCA was able to contact the dogs’ guardian in hospital in Edmonton, who asked to surrender the animals into SPCA care as he was not sure when he was returning and he had no one else to care for them.

“Because of the remoteness of the property and the snowy winter conditions, we had to come up with a creative solution to transport them to Prince George as quickly as possible,” says Drever. The society was able to hire a cargo plane from Upper Valley Aviation which had space to fly six of the dogs in crates from Fort St. John to Prince George, and transported the remaining four dogs to Prince George by road.

“The dogs are in good health overall, but they do have some dental disease issues, overgrown nails and matting,” says Drever. “We’re just relieved that we were able to get them off that remote property and somewhere safe and warm where they will receive the on-going care and attention that they need.”