The BC SPCA has seized 120 cats and three small dogs from a property in Fort St. James. The animals, many of whom were emaciated and suffering from upper respiratory infections, extreme flea infestations, urine scald, eye infections, dental issues, ear mites and wounds, were being kept in filthy and unsafe conditions in a trailer.

“The entryway and hallway to the bedrooms were covered in layers of feces and the entire trailer was very hot and filled with an overwhelming ammonia smell due to the build-up of urine,” says Eileen Drever, senior officer for protection and stakeholder relations for the BC SPCA. “The feces and urine were so thick that boot covers were pulled off within a couple of steps due to the stickiness.”

Drever says the majority of the cats were hiding in kitchen cupboards, under the fridge and under furniture in the sparsely decorated trailer. “No water was present for any of the animals. Some dry cat food had been scattered on the floor, but the food was contaminated with urine and feces,” says Drever. “Many of the cats appeared very hungry and came up to our officer upon initial entry and immediately began eating the food that was offered.” She notes that many of the cats were having difficulty breathing. 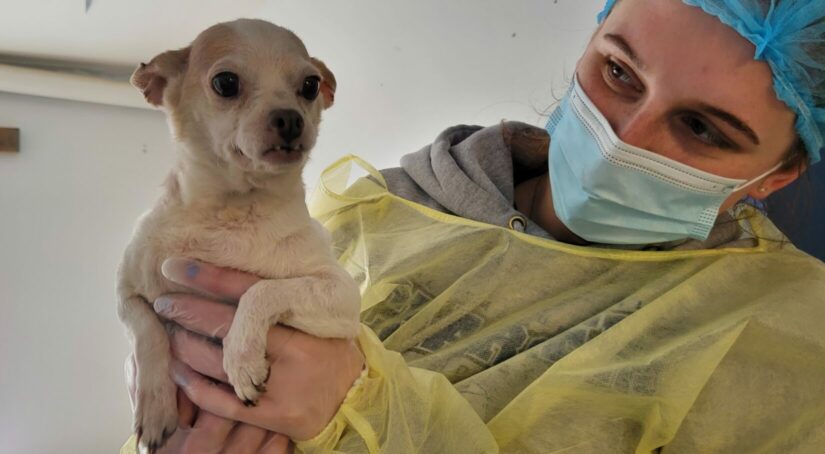 The three Chihuahuas who were seized are being treated for dental disease, hair loss and grooming issues.

In addition to the 123 animals seized from the Fort St. James property, the BC SPCA located 130 deceased cats in freezers behind a trailer where the same individuals had resided in Vanderhoof.

“Any time we are dealing with situations of animal hoarding it is devastating for both the animals and the people,” says Drever. “We are just so glad that we were called in in time to rescue the remaining animals.” The seized cats and dogs are being cared for at SPCA shelters and will continue to receive ongoing veterinary treatment.

“Our animal protection officers have been responding to many large-scale cases like this in recent months, which puts a lot of pressure on our resources as our shelters are already very busy,” says Drever. “The BC SPCA is grateful for anyone who can donate to help off-set the cost of caring for these animals.”

Donate directly to their care