BC SPCA offers free Kids Club memberships in May

To celebrate Be Kind to Animals Month this May, the BC SPCA is giving away 1,000 free memberships to the BC SPCA Kids Club.

The Kids Club was started in 2004 to give a voice to youth across the province who love animals and want to make a difference in their lives. “Kids are naturally drawn to animals,” says Meghann Cant, animal welfare educator for the BC SPCA.

“The Kids Club is all about encouraging that connection.” The Club aims to help kids be great guardians to their own animals, but also inspire them to take action for those less fortunate.

Now, more than a decade later, the Kids Club has over 6,000 members ages 13 and under throughout B.C.

“Our members come from small towns, big cities and everything in between, but they’re united by one thing: their amazing compassion,” says Cant. Through the Club, kids can feel a part of something bigger than themselves.

“They’re joined together with thousands of other kids who all care about the same thing, and they feel empowered by that unity,” she says.

The material benefits of membership include a welcome kit with a membership card, an activity booklet and a special collector button, a monthly e-Kids newsletter and a subscription to Bark! magazine.

“Bark! is the heart of the Kids Club,” says Cant. The colourful magazine, which comes out four times a year, touches on a range of animal topics in each issue – including pets, farm animals and wildlife.

“There really is something for everyone,” she says. Beyond just teaching kids about animals, though, Bark! celebrates the deep bond we as humans feel to the natural world and shows kids ways they can express their appreciation to the animals they love so much.

Kids Club members also enjoy discounts on youth events like summer camps, offered at BC SPCA locations around the province in July and August.

“For all you parents, grandparents, aunts and uncles out there looking to nurture a child’s love of animals, now’s your chance to try the Kids Club for free,” says Cant.

“We’re also encouraging teachers to spread the word to their students.” Visit spca.bc.ca/kidsclub and use the discount code BKTAM2017 to claim a free one-year membership. This offer is available to B.C. residents ages 13 and under.

While the Kids Club is geared toward youth, Cant notes that the benefits of membership can go far beyond childhood. Her hope? “That the Club’s lessons about animals, and its messages about empathy and standing up for things that matter, stay with our members long after they grow up.”

Join the BC SPCA Kids Club 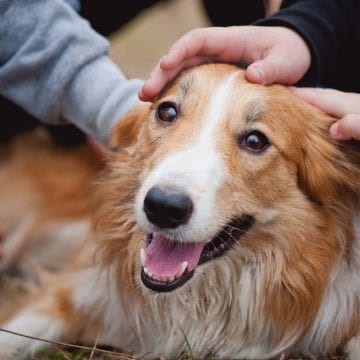 Become a member and receive Bark! magazine and other cool stuff.