Joy Richardson (nee Cooke) was born on a farm near Bourne in Lincolnshire, England. She enjoyed sport of all kinds including tennis, field hockey and horse riding.  During WW2 she drove ambulances in the Women’s Royal Naval Service (WRNS). 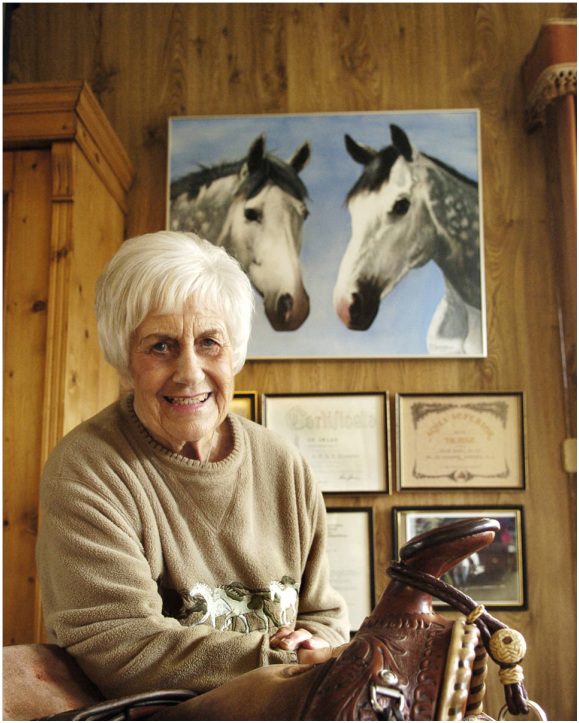 In 1957 she emigrated to British Columbia and, after working as an interior designer in Vancouver, built Heritage Stables in 1969 near Aldergrove with over 40 horses boarding. She soon learnt about the joys of the Quarter Horse and won many awards with her own horses, Hyline Gentry and Hyline Paladin.  After selling Heritage, she moved back briefly to England to be near her son’s family in the 1980s but returned and bought a small farm by Campbell Valley Park. Here she started up a small boarding business while tirelessly working to improve the equestrian offer of Campbell Valley Park including the creation of the Spirit of the Horse Memorial Garden on 208th Street.

After publishing her autobiography, Joy for Living, in 1996, she continued to dispense a lifetime’s worth of wisdom to friends and strangers alike. In 2011 she moved to a retirement home in White Rock. She died peacefully in the presence of her son and close friends after a lifetime of working with and loving horses.