Gerhard and Nora Huland - BC SPCA 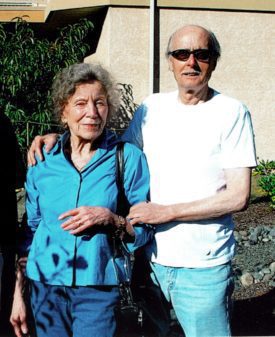 Gerhard (also known as Gary to his Canadian friends), came to Canada as a young immigrant from Dusseldorf, Germany. Coming from very humble and difficult beginnings, Gerhard was a very hard worker all his life. In addition to being a busy grain farmer, he also worked for the Federal Government as a Draftsperson for over 30 years.  Nora, born and raised on a farm in northern Saskatchewan, was a lifelong public servant for the Saskatchewan Provincial Government.

Having retired to the Island over 25 years ago, Gerhard and Nora both fell in love with the beauty and majesty of their newly adopted province and, of course, Vancouver Island. As life-long animal lovers, both Gerhard and Nora were so impressed with the BC SPCA and especially the great work carried out by the BC SPCA’s Cowichan and District Branch. It was very important to them to support their local animal community, and to get to play (what they considered) a small part in the branch’s continued success. The BC SPCA is most grateful to Gerhard and Nora for their support, which lives on serving animals in need at the Cowichan and District branch!