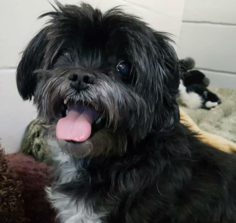 On May 28, 2019, this sweet senior came into the care of the BC SPCA Victoria Branch when his owner could no longer care for him.

At 14, Tyson had only known one home, so it was understandable that he seemed fearful in his new surroundings. In addition, he had severe dental issues and which would have been uncomfortable.

Tyson needed a calm, quiet household with an experienced and patient new guardian who would give him the time to trust that his life could get better.

It wasn’t long before Tyson met his perfect match! Tyson is now settled with his new human and furry family. Here is an update from his new guardian.

In late May I heard of a male 14-year-old Shih Tzu cross at the BC SPCA Victoria Branch who had been surrendered due to his owner’s health. It sounded like quite a coincidence and had to be checked out.

To make matters even stranger, the owner had raised him since he was a puppy. Tyson was allowed on the sofa and the sofa chair and to sleep on the bed with his owner in his condo. This was exactly like what I did with my Koko. 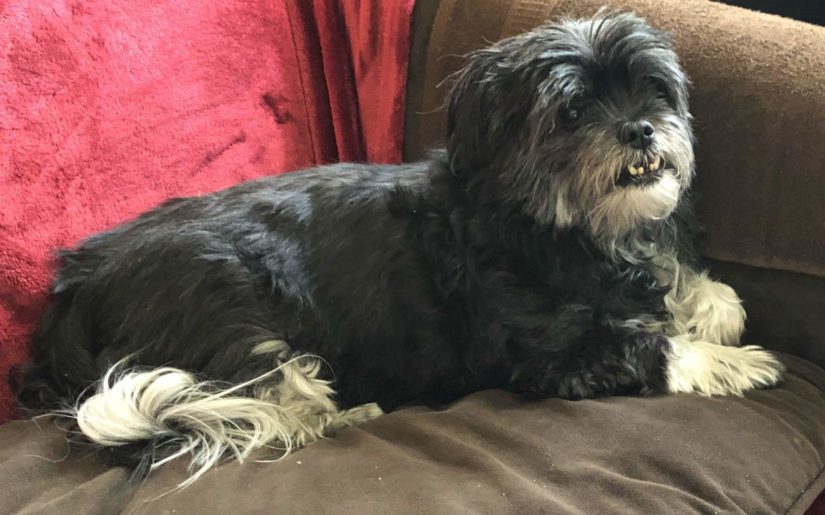 On June 3, 2019, I had an appointment to see Tyson with my two other dogs, Kola, a 13-year-old female Maltese cross and KoTiko, a 16-year-old male Lhasa Apso cross.

Tyson appeared to be a bit stressed and he needed a home. I left that day with him.

The first change in his shutdown behaviour was when it was bedtime and we walked to my bedroom. The two dogs hopped in their beds and Tyson looked at my bed and then at me. I placed him on the bed and he immediately started rubbing his face on the sheets and then lay down and was fast asleep. He was home.

As the days went by, he came out of his shell and was more responsive to me and the dogs. Right now you would think he had lived here for years.

Tyson seemed to come along at the correct time in my life, matching Koko in every way but colour. He is black and white and is an instant family member. 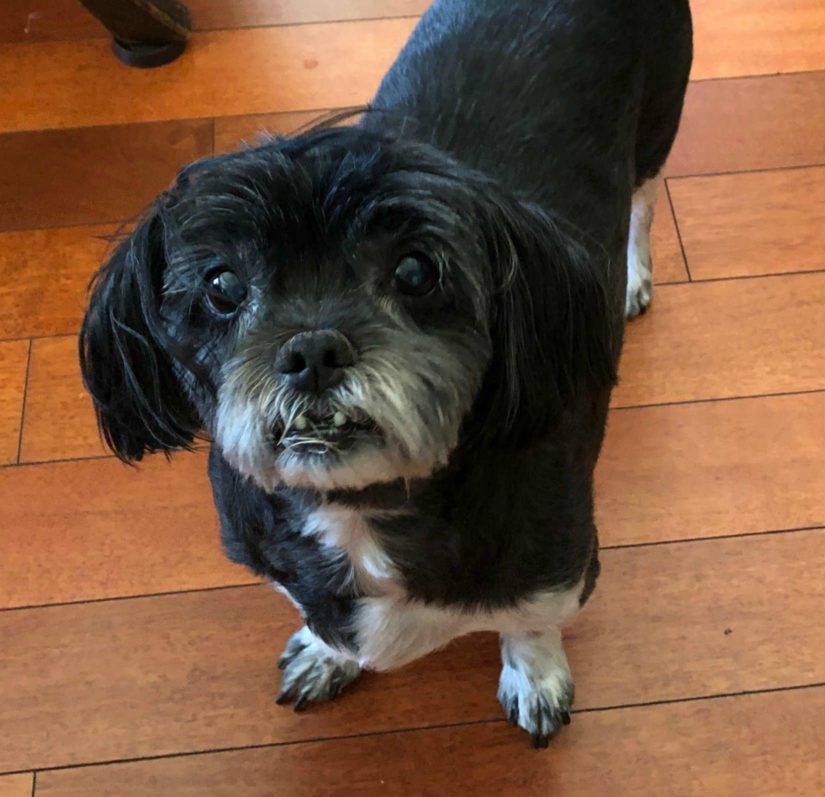 Weren’t the planets aligned just right for you and Tyson! Kudos to you for taking a senior pet into your home, particularly after losing a senior pet. Tyson is looking very much at home and in his element.

It must have been hard for Tyson’s first family to give him up. We hope they read this and know that their boy is living out his retirement in comfort.

Thank you for making adoption your first option. 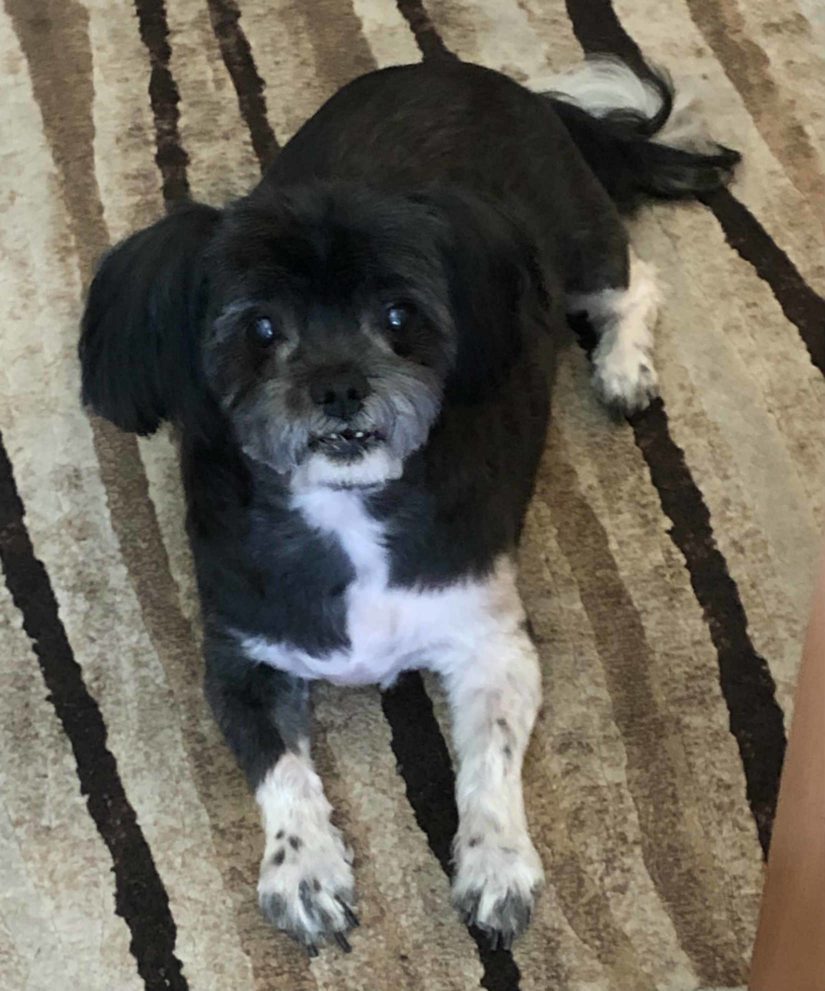 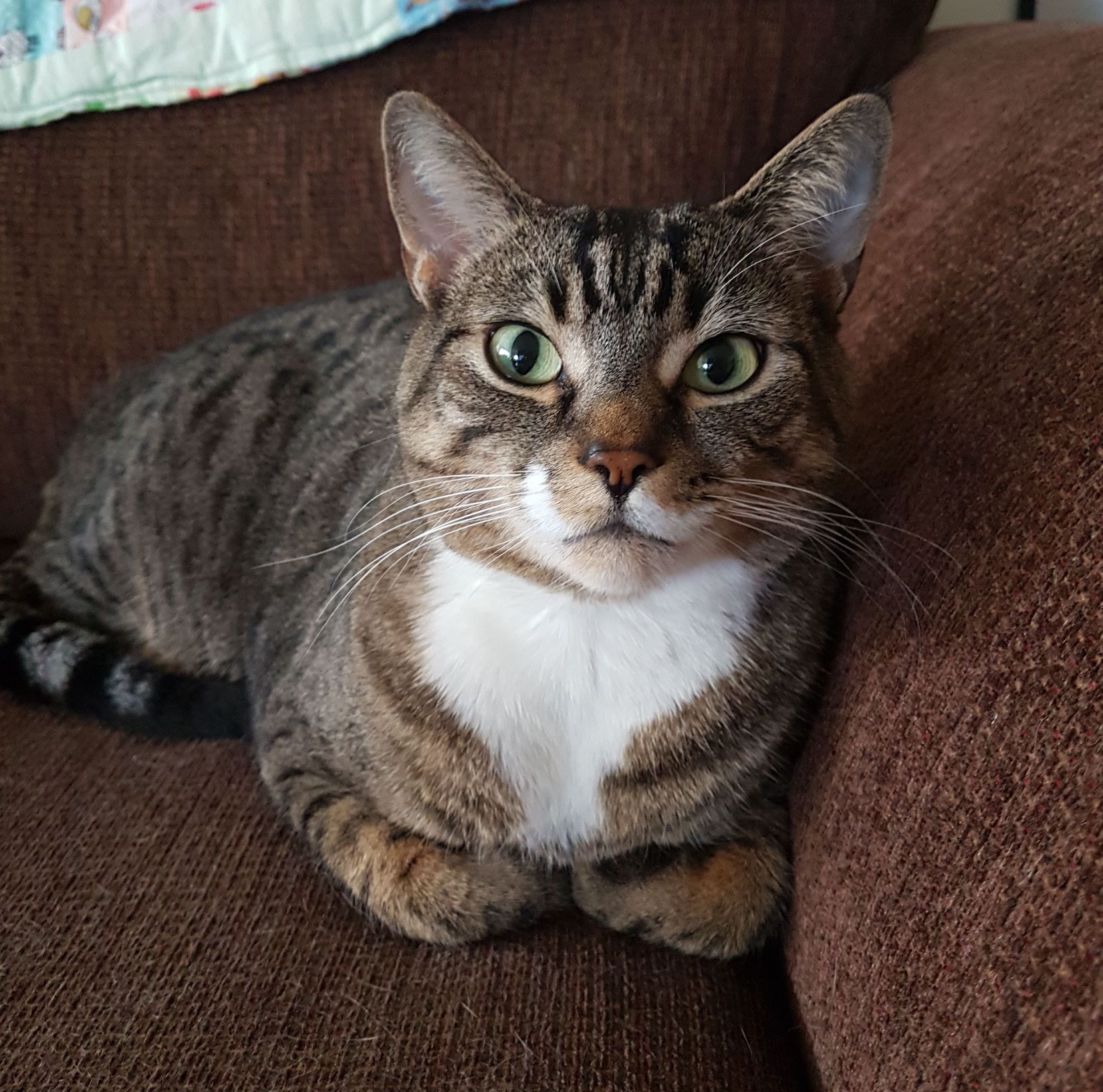 Occasionally, the first time an animal is adopted, it doesn’t work out. For Kia, this was part of her journey to her forever home. In the spring of 2019, sweet tabby Kia was found as a stray and taken in at the BC SPCA Victoria Branch. She was adopted after a few weeks, but then …