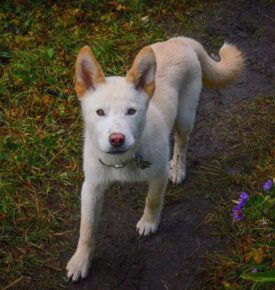 Kanoa was just a few months old when he came into the care of the BC SPCA South Peace Community Animal Centre in August 2020.

A rambunctious, young, yet charming puppy, we knew that it wouldn’t be long before the right guardian came by and scooped him right up.

Fortunately for Kanoa, it was Isabel who couldn’t resist his charisma. Isabel knew she could give Kanoa the perfect home—she just had to make sure her other dog, Visaiya, was happy with this plan too.

Now, several months later, Isabel has written to us with an update on Kanoa’s new life:

This little ladies’ man came into my life last August. He was brought into the branch by bylaw with stripes on his head dyed red like Rufio. Immediately, I was smitten by his sweet demeanour.

When adoption day came, I was truly ecstatic. However, I was concerned about how he was going to get along with my other white whirlwind, Visaiya.

At first, the two dogs were sceptical of each other. Their fohawks were up and they were both on high alert. 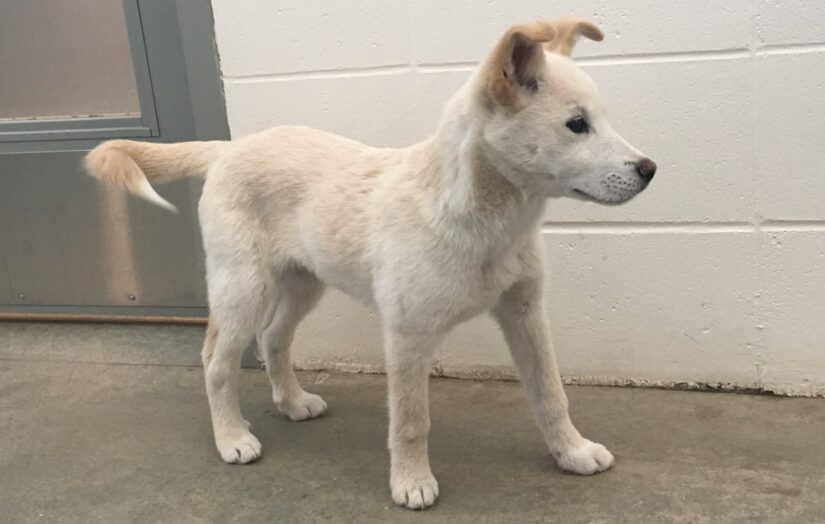 After a good 10-minute sniff inspection at the shelter, they both realized the other one wasn’t so bad. By the end of the day, my new pup, who I named ‘Kanoa’ due to his free-spirit behaviour, was following Visaiya around like a shadow.

They are an absolute match made in heaven. These two adopted siblings couldn’t be closer. If they’re not tackling and chasing each other, they’re snuggling together. There is no in between.

I cannot begin to describe the joy Kanoa and Visaiya have brought into my life. They make me laugh multiple times every day with their quirky personalities. 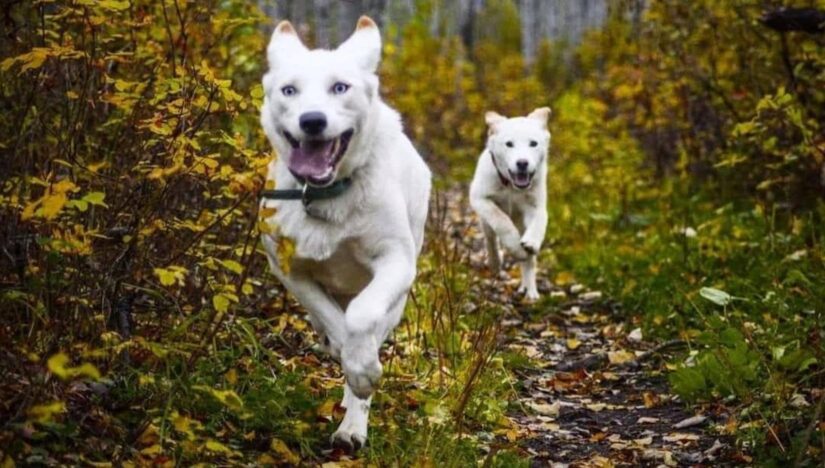 Since they are both such high-energy dogs, I’ve made it a habit to explore somewhere new with them almost every day. They have made plenty of doggie friends along the way.

The beautiful places we have adventured together are countless. I would have never done it without my two best pals. Thank you, BC SPCA South Peace Community Animal Centre!

Thank you, Isabel, for choosing adoption as your first option. We are thrilled that Kanoa has found his forever home with you and has also made best friends with his adopted sibling Visaiya. Thank you for giving both your canines such full, adventurous days. We wish all of you many more happy and exciting years to come. 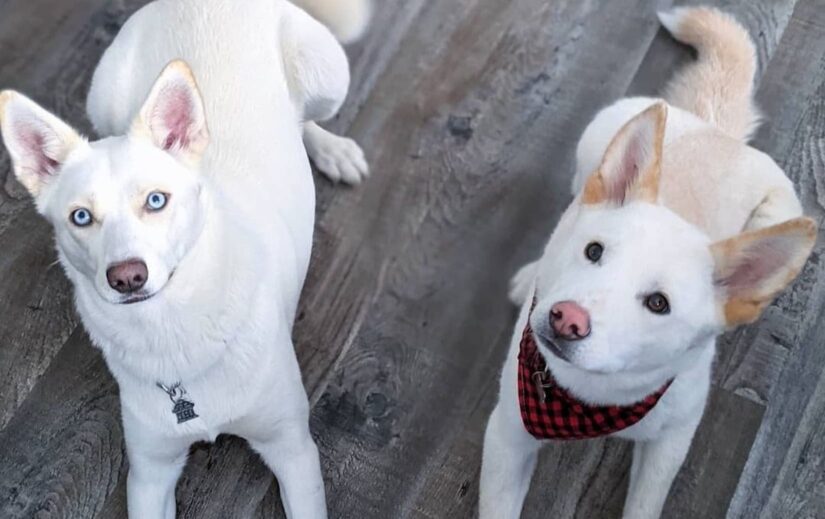 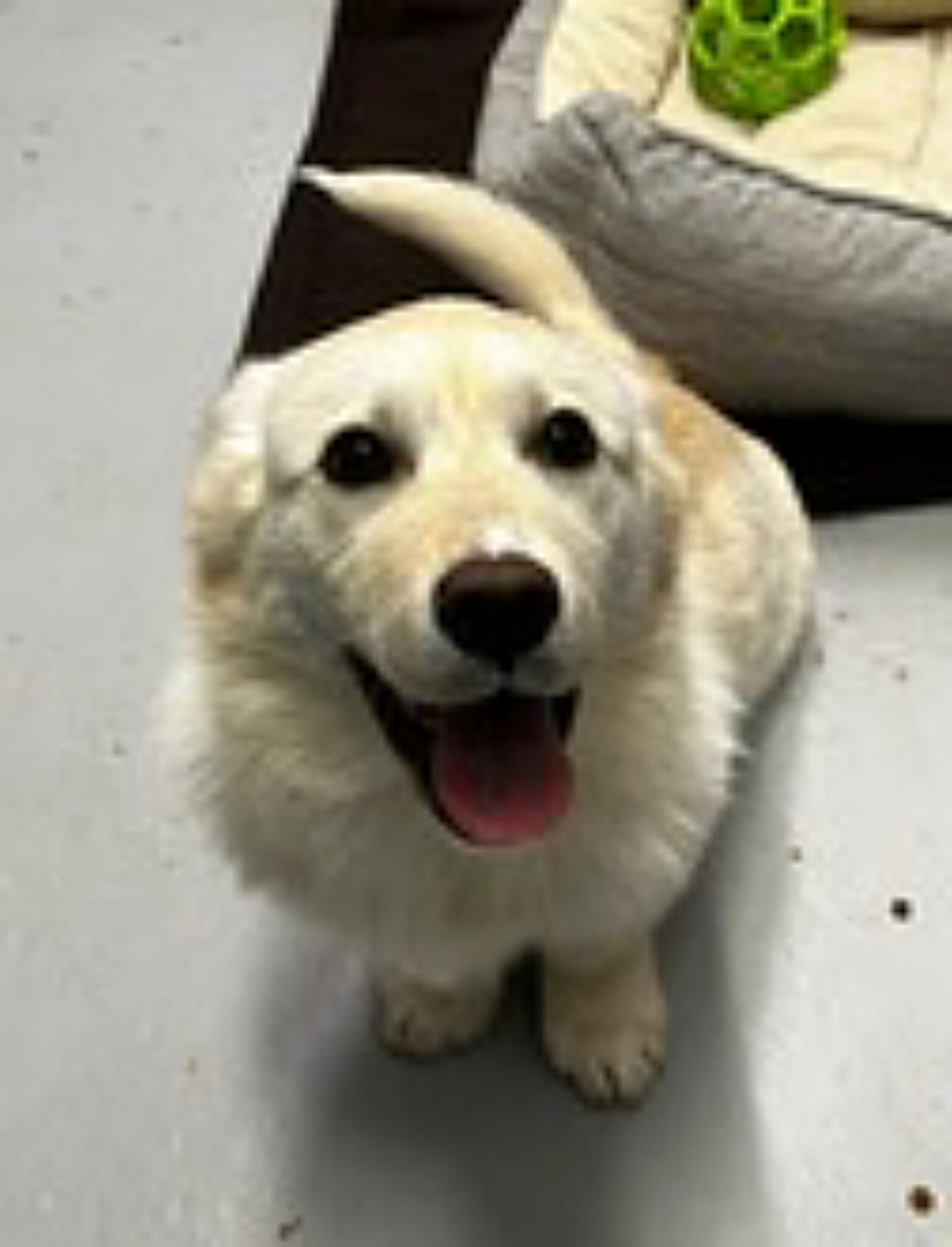 Otis was one of four Terrier/Corgi mix dogs surrendered to the BC SPCA South Peace Community Animal Centre in Dawson Creek on May 12, 2022. The owner had too many animals. Otis loved people and loved to play and cuddle. Although he felt safest being with one of his siblings, he was anxious and reactive …