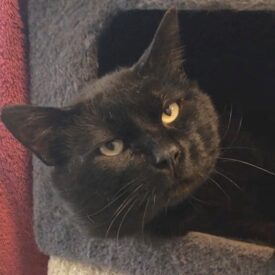 Sometimes when we have to say farewell to our long-time feline friends, we make ourselves believe that we can get by without another one.

Who are we kidding? For a lot of us, our lives never quite feel right without a kitty’s presence.

For Jennifer and her family, it was only a few months before they sought out adopting a cat to join their household again.

Come August 2020, they met Chuck at the BC SPCA West Kootenay Community Animal Centre. Now, Chuck has his forever home.

Several months on, Jennifer has shared an update on how Chuck is fitting in:

Our precious cat, who we previously adopted as an adult cat from BC SPCA in 2010, passed away in March 2020.

We have a German Shepherd who isn’t very accepting of other animals in her space, so we figured we wouldn’t get another cat for quite some time.

Fast forward to August long weekend—we were away camping and came home to evidence that a mouse had inhabited our house while we were away. We have always had a cat and have never had mice before, so we decided that the dog was just going to have to figure it out. We needed a cat.

We knew we wanted to rescue an adult cat, so began searching the BC SPCA online. We were drawn to Chuck as soon as we saw him on the website.

He was a black adult cat, had been at the shelter for almost a month and was approximately two years old. He was found as an unneutered stray.

We sent in the application. Within a couple days, we went to meet him and take him home. I do believe things happen for a reason. Chuck was meant to be ours or, as is often the case with cats, we were meant to be his.

Chuck is such a handsome guy with a great personality.

It took only about two weeks for the cat and dog to figure each other out. Now, they are typical siblings. The dog gets along better with Chuck than she did our first cat, who she had lived with her whole life. 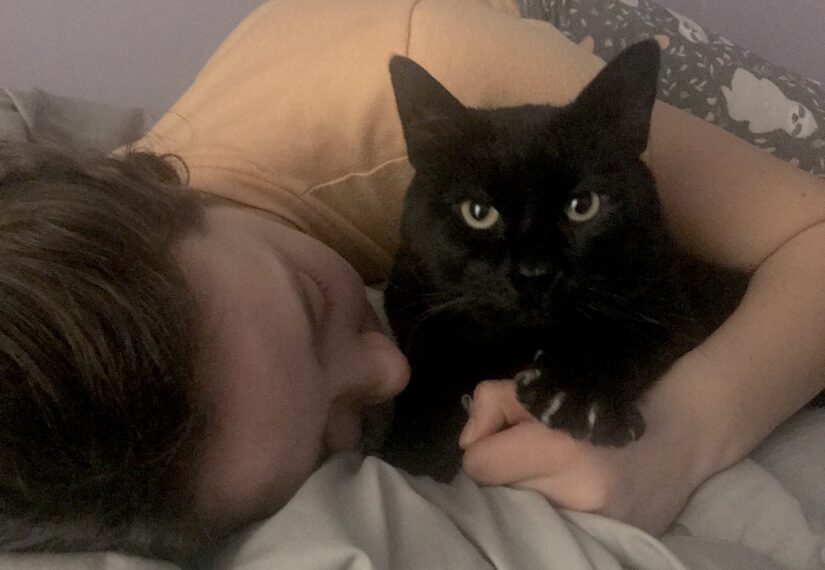 Chuck loves to lie on blankets. We find him on any blanket anywhere. He absolutely adores his red toy mouse. He carries it around the house, taking it to the top of the stairs so he can drop it down and chase after it. He will hold it between his two front paws and stand on his hind legs. I’ve never seen anything like it before!

When Chuck first came into our lives, he would choose to hop up and sleep in our laps, but he did not like to be picked up. As he has grown to trust us, he now allows us to pick him up.

We love Chuck so much and often say how glad we are we decided to adopt that day. He was the one. It was meant to be.

Thank you to your and your family, Jennifer, for adopting Chuck. We are so grateful you chose to adopt this handsome black feline. It sounds like he has made your family feel whole again. We are confident that Chuck’s red toy mouse is the only mouse to be found in your house from now on. 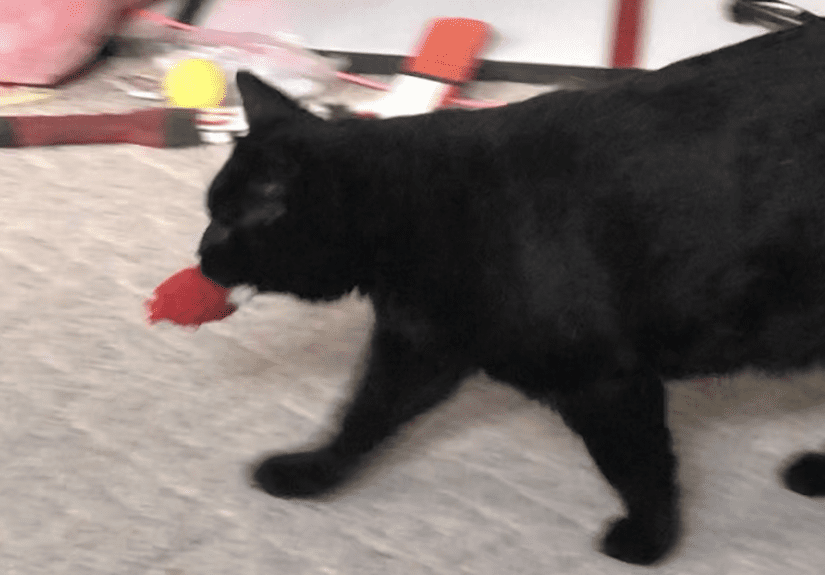 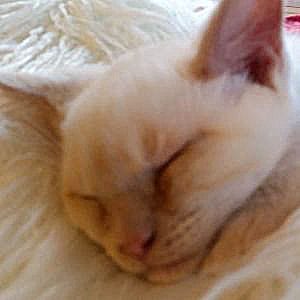 Rainbow was only one month old when he came into the care of the BC SPCA Trail Regional Branch. Sadly, he was in critical condition when the BC SPCA rescued him in August 2016, and in great need of medical care and attention so he could be nurtured back to health. Once Rainbow went through …