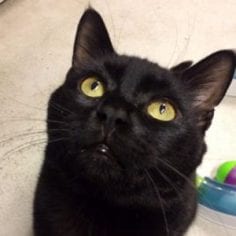 Barnaby came under the care of the BC SPCA Chilliwack Branch in May 2016 as a stray. He loved to explore and play but also liked to be independent at times. He stayed until August 2016 when his new guardian walked into the branch and found him.

There’s nothing better for us than to hear the personal story of a successful adoption, so we’ll let Barnaby’s new loving guardian explain how he found Barnaby and how he’s settling into his forever home: I was looking for a black cat because people are superstitious and black cats never seem to find a home. Me, I make sure one walks in front of me every Friday the 13th.

Barnaby was the only other black cat there at the time. He was sleeping when I first saw him and I introduced myself, letting him get a whiff of me, and petted him when he turned and tried to bite my hand. I went out and talked to a volunteer about it and was told that, yes, he can get over stimulated easily. But like people, every cat is unique with his or her own personality; you just have to give them a chance.

With some misgivings, I brought him home. When I let him out of the carrier at home, he took a quick tour of the place, decided that he liked it, rubbed his face on the corners to mark them, and declared this as home.

I live on the ground floor of a condo. Being a hot day, the patio door was open. He inspected the patio, jumped the fence and explored the courtyard. By the time that I got out to the courtyard he had quickly made friends with the only other ground-floor cat, a one-year-old ginger cat and they are constantly seen together sunning themselves and playing. And whenever I call him he comes running inside.

Every morning after he has eaten, he decides it’s playtime. He seems to have an inexhaustible abundance of energy and wears me out several times a day. At night he sleeps with me and has that innate cat ability to try and take up as much room as possible on the bed. I’m bigger, so I usually win. Usually.

As most cats do, he naps twenty to thirty times a day so that he has energy to sleep at night. During his day naps, his favourite place is the cat tree by the patio door. Shortly after he had settled in, I was sitting in the living room watching TV and he was sleeping on his back in the cat tree. I became aware of a strange sound that I hadn’t heard before. I get lots of noise from my surrounding neighbours and from the main streets nearby but I couldn’t place this noise. Finally I muted the TV and was drawn to the cat tree. There was Barnaby sawing logs and building a log cabin. He snores—loud. And constantly. We have a lot in common although I claim that I don’t snore, I just dream that I’m a motorcycle.

When not napping, he lets me know if he wants attention and he follows me from room to room just to keep me company. If I’m sitting and watching TV, he makes sure to rub against me as he goes by to wherever. If I’m in the kitchen he’ll lay nearby if not behind me.

He is a great companion and I haven’t regretted adopting him.

I hope more people adopt animals from the shelters in their area and give them a chance to prove what a great companion they can make!

Thank you so much for sharing your fun, encouraging story! It’s fantastic to hear that the connection between you both didn’t take long to form. It sounds like Barnaby is as happy as can be, both when he’s sleeping and awake! Thanks again for supporting your local shelter and choosing adoption as your first option. 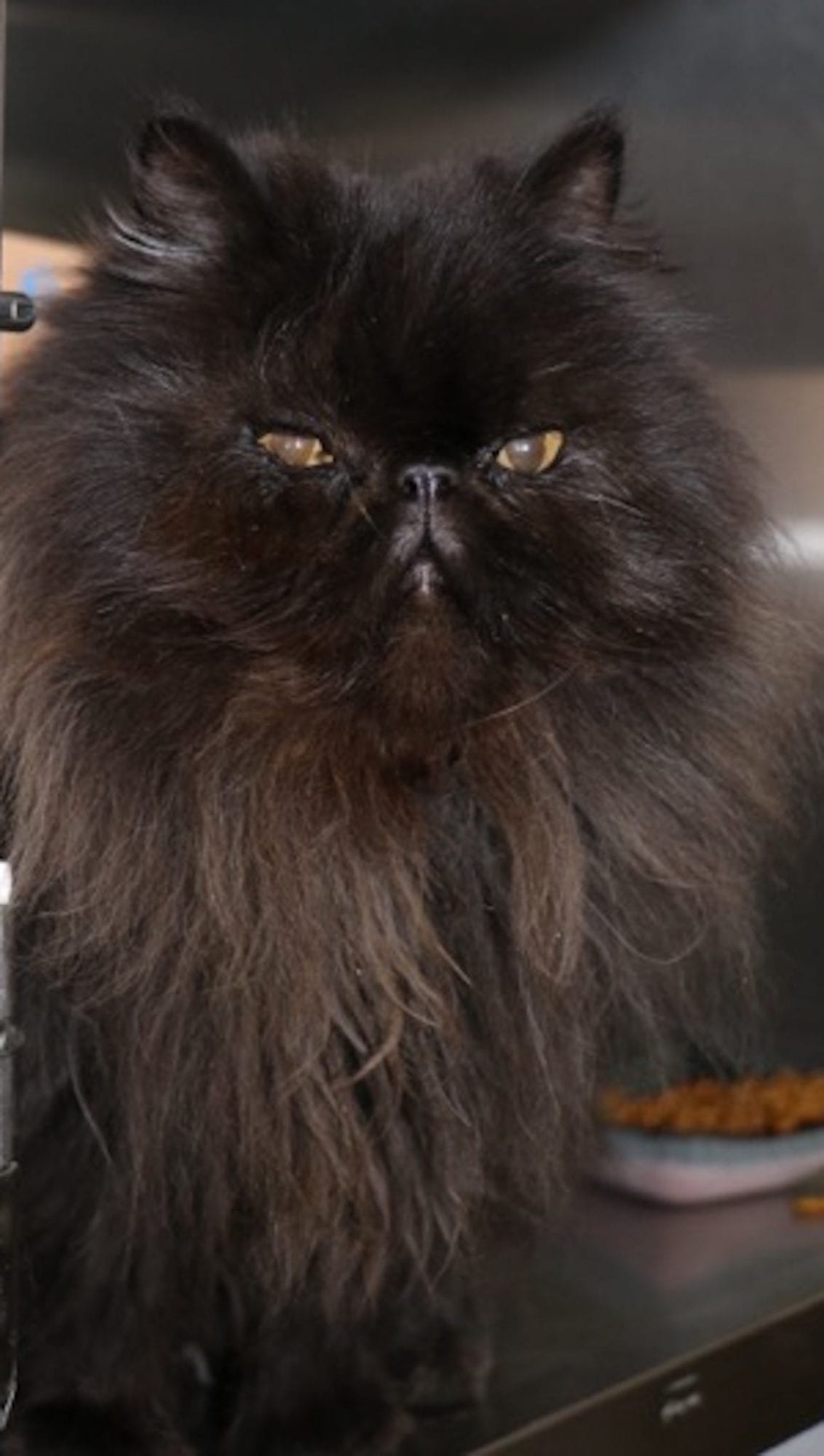 Kevin was eight years old when he turned up at the BC SPCA Chilliwack Branch on August 10, 2017. From the start he was a friendly, easy-going character. Kevin had been surrendered because he was not using his litter box, but that didn’t deter his new adoptive family. They saw what a special boy he …