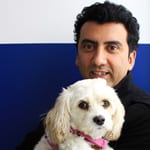 Mark Takhar joined the BC SPCA as the Chief Operations Officer in November 2013. Prior to becoming the COO, Mark held the position of Executive Director at the Calgary Humane Society where he advanced his knowledge of animal welfare and strategic management. Mark previously worked at the BC SPCA for nine years where he held several strategic positions, including the role of General Manager, Branch Services. Prior to his time with the BC SPCA, Mark held the position of District Operations Manager at the Livermore Animal Medical Clinic where he worked for seven years.

In his new role, Mark oversees the areas of animal health, behaviour & welfare, and operations with the goal of advancing the standards of care in all three areas across the province. In addition, Mark also oversees the BC SPCA’s social enterprise programs which includes veterinary hospitals, spay/neuter clinics, thrift stores and the BC Pet Registry.