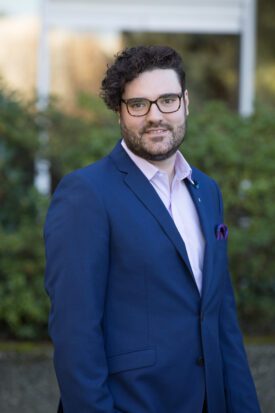 Kurtis Bosecke has been working in accounting and business advisors since completing a business degree in 2015. After completing his CPA in 2016, he was looking to move to Vancouver Island. Obtaining a position as a business advisor with MNP Nanaimo specializing in professionals and cannabis, Kurtis is happy with the nice change of scenery coming from the prairies. His passions were rooted around sports growing up, prior to cutting his hockey career short with multiples shoulder surgeries and heart surgery, he was drafted by the Prince George Cougars of the WHL. He then followed his passion to become a snowboard instructor for the next seven years. Growing up on an acreage in Alberta, he grew fond of having animals around since he was a kid. His first dog was rescued on a hunting trip by his grandfather, where they were abusing the animal and had planned to euthanize him on their hunting trip. This sparked his interest to get involved with the SPCA to help make a difference.

Kurtis has prior volunteer experience with the Alberta Scotch Society, and currently as the treasurer with KidSport Nanaimo, and treasurer for the Phyto Organic Therapeutic Society based in Nanaimo. After running a private concert series in Edmonton with Sofar Sounds, this sparked Kurtis passion for music and he is a multi-instrumentalist working on his first record.